I have a tendency to listen to music more often than not. For instance, I work from home and am alone for hours on end working. During this time, I usually will have music on in the background for hours on end. So, somehow I am quite often listening to songs of music.

But this love of music happened many years ago…

I can still close my eyes and see my grandfather’s old turn style record player. I couldn’t have been more than two or three years old. He would play it quite often. This was how I learned how to dance. Granted it was more my feet step onto of his while swaying to the music. But still, he had the patience of a saint with me, especially dancing with me apparently. We danced to many a song. But my favorite was “You Are My Sunshine”. I still see his smiling face beaming while trying to teach me a thing or two about dancing.

My adoration for music was how I ended up with my first record player. OK, so it was a kid proof one. But still I had to have my own records for it. My favorite that I played over and over was from the original Broadway soundtrack, Annie. I was in my happy place listening to the likes of “It’s a Hard Knock Life”. Somehow I also inherited my mom’s old 45’s for Christmas and easter themed music from when she was a kid, too.

We would listen together to her own copies of Beatles, Rolling Stones, Eric Clapton and many, many more. I also turned her onto the likes of Madonna and Cyndi Lauper, because “Girls Really Do Just Want to Have Fun”! 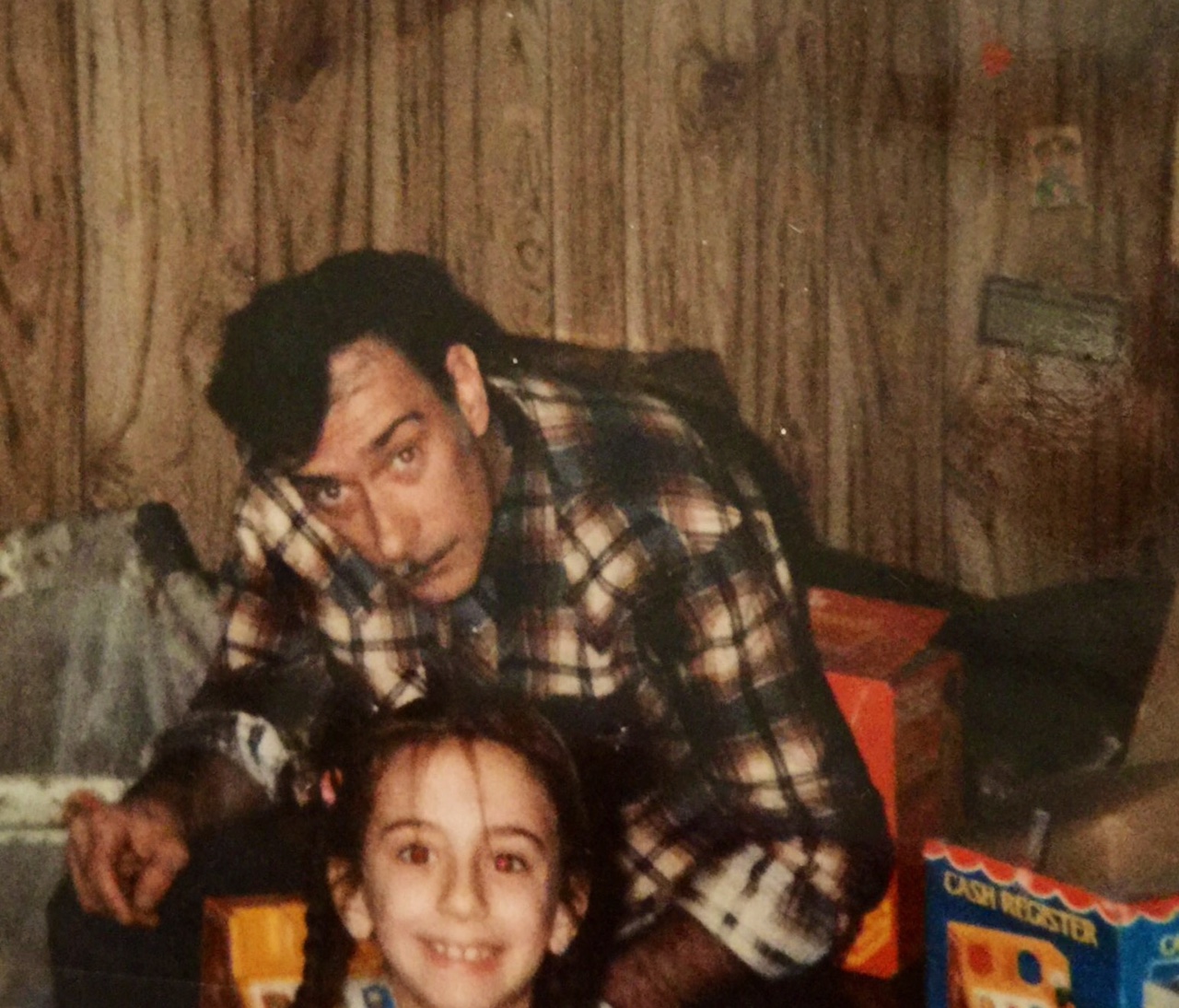 Yet it wasn’t long before, record players morphed into cassettes. I still vividly recall walking into our local Sam Goody to buy my first New Kids on the Block cassette. I was a Joey McIntyre girl all the way.

And still then finally was CD’s in my late teen years. I had a collection of over 200 CDs of all sorts of music. I owned both a cassette music player and then CD boom box. Many of my CDs were simply remastered versions of the classics I once again grown up with thanks to dear, old mom again. Plus, a few newer ones sprinkled in for good measure.

I would be remiss and lying if I said I didn’t miss the feel of an actual physical item to play music.

But finally caved and stream music on iMusic. Seems like another lifetime ago that I sat on the floor of my bedroom with listening to my records. My own kids only know how to download and stream whatever music they’d like to listen to instantaneously. They will sadly never know the joy of going to an actual store having saved up their own money to buy the latest and greatest music. 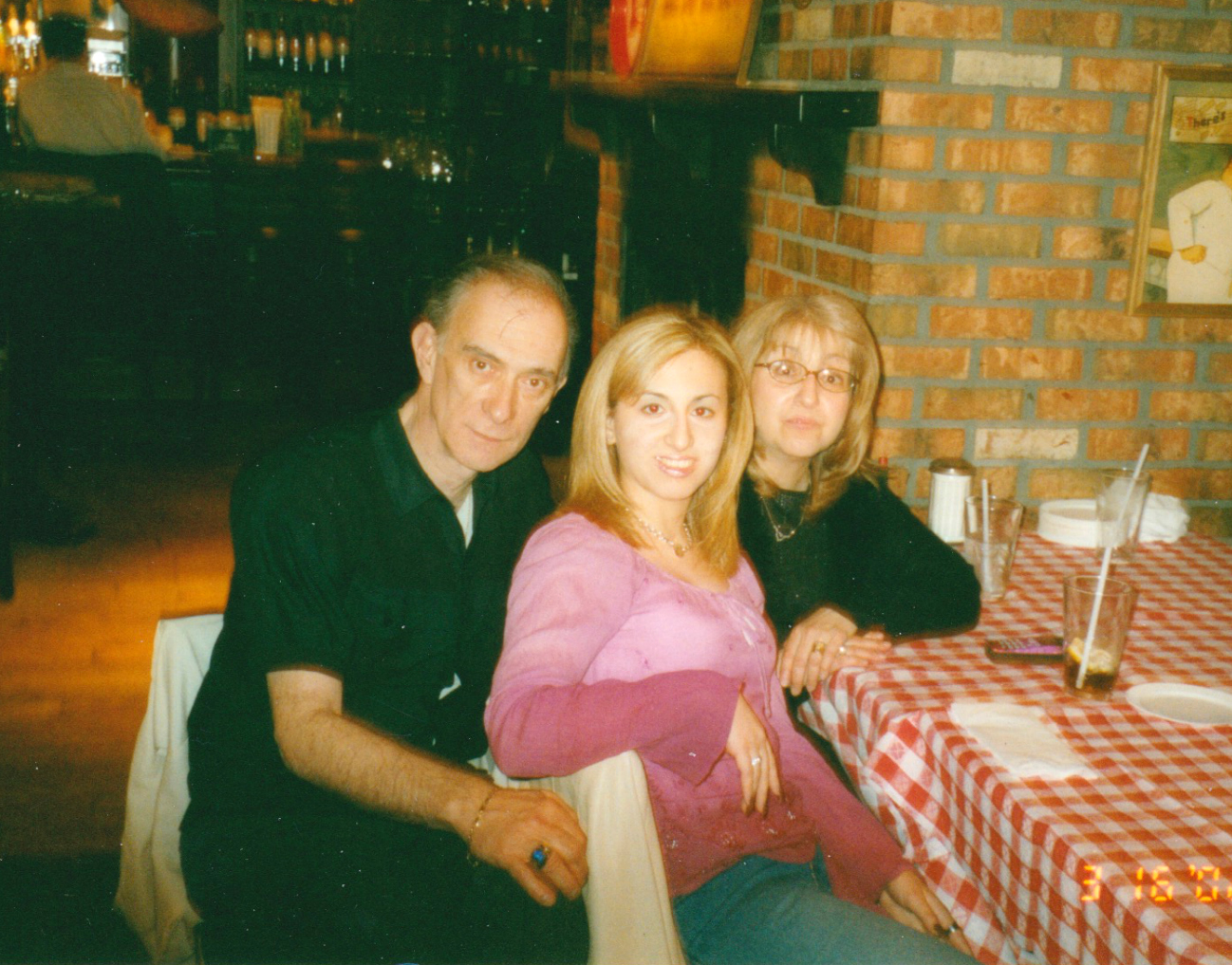 But whichever way you slice and dice it music is truly a source of comfort for me. Plus, the memories that are invoked when I do hear so many songs from my past are vast and numerous.

So, I couldn’t resist sharing just a sampling of some of my favorite pieces of music over the years. Don’t get me wrong there are so many songs that mean something to me. As I began to list them, I was honestly struggling to keep it to a minimum of 10. These songs aren’t listed in any particular order or even chronologically by when they first made an impression. But they nonetheless had an impact. Therefore, they needed to be included.

Which songs made the cut?

10 Songs That Have Changed & Impacted My Life

Clearly this one was from my own high school days. A bad break up, which just so happened to coincide with a rainy November in which I replayed Axl Rose’s love ballad for a few rainy weeks on end. Let’s just say Slash and Axl helped me get through my teen misery.

Most know that I am a Billy Joel fan. I have had the good fortune to see him in concert a handful of times now. My all-time favorite though is from Sir Paul McCartney’s concert last fall. He made a guest appearance. Having two greats on one stage made my life! But Billy’s Scenes from an Italian Restaurant shaped my early 20s. It was during this time that I fell in love for the first time in my adult years. I still have fond memories or this time. This song somehow goes along like a package deal.

3. Somebody Saved My Life – Elton John

It happened once upon a midnight clear. Similar with Sir Elton’s song, because this one first played on a cold, but clear winter night in the late 1990s. Someone even imitated butterfly wings during the chorus, because ‘butterflies are free to fly away’! It was a night I will never forget. And whenever I see butterflies I somehow think of that long ago moment.

4. Under My Thumb – The Rolling Stones

What can I say? But as much as I will always stop in my tracks to listen to Mick and Keith for Sympathy for the Devil or Brown Sugar, I always have time for Under My Thumb. Why? Simply, because it took me years to realize that I didn’t have to be under any one’s thumb. Youth and young love have a way of muddying the waters I suppose. But some way, somehow I grew up.

A simple slip of paper asking for a vote. Senior year of high school and prom was all we could think about. So, when the senior class was asked to vote on a song that embodied the theme of the night, it was really a simple choice. First time, my vote seemed to matter and make a difference. I mean Dreams were where it was at for we seemingly had our whole lives ahead of us to do just that. Plus, if only it were that easy where voting is concerned.

Seemed as good of an anthem for my teen years. I mean, I did just that as I divulged with song #1. But getting revenge as Alicia Silverstone did to Stephen Dorff was empowering to my then 17 year old self!

Let’s not mince words here. I will always pick The Beatles on any music song list. Word for the wise, they show up twice on this list. Just keep on reading to find out. But still, it was a simple phone call that rendered me speechless. And the funeral that followed afterwards for a dear childhood friend will never be forgotten. This friend was also a Beatles fan through and through. So, made sense that they played many songs during his funeral. And this was the one that truly left on mark on me and our friendship.

8. You Got the Right Stuff – New Kids on the Block

Onto a bit lighter times. Another friend and another lifetime. For I was only in 7th grade. But clearly, will never forget my then friend sharing NKOTB with me for the very first time. I may not recall her name anymore. I mean that was almost 30 years ago! But doing the New Kids dance never gets old—even now!

I remember the first time I realized that Derek and the Dominos was actually Eric Clapton and his then group. I thought I had stumbled onto gold with Bell Bottom Blues. The tune, the words—just everything about this song spoke to me. Then, I told my mom and she just laughed out loud. This was before LOL was an actual thing. I didn’t know what was so funny until let me in on the secret. Never mind when I found out that Eric Clapton and George Harrison actually shared a wife! Mind blown LOL!

As promised, I couldn’t just leave this list with one song from The Fab Four! But why Hey Bulldog? It isn’t one of their more well known songs for sure. But quite simply always loved the notion that if I were ever lonely or needed to talk to someone that I could somehow talk to John Lennon! I mean ‘Imagine’ wouldn’t that be one hell of an interesting conversation. Plus, bonus for anyone who actually knows me in real life. Why? Because this has been my ringtone on my phone for as long as I can recall now.


And while I am pretty sure there are as I said a few more on my list. These are the ones that immediately came rolling out of me.

*Linking up with Kristi, Kenya and Jen for this week’s Finish the Sentence Friday. Then sentence to complete is “10 songs/pieces of music that changed me.”

How about you?
What songs have defined or changed your life?
Now, share with me in the comments…