“There are few hurts in life as crushing as your favorite team losing a championship.” – Eli of Coach Daddy

I have let some time lapse since post season baseball ending before writing my thoughts down here.

See I am a Mets fan.

There I said it.

I grew up on the chants of “You Gotta Believe!” and “Let’s Go Mets Go”.

Still, there was a dark period where I fell in with the Yankees lovers and even found myself at a Yankees Ticker Tape Parade in downtown NYC during the late 1990s.

Yes, in my early twenties I was what my husband still reminds me every so often, a front runner.

But that is a story for a different day and have promised if I do share my reasoning behind that decision to give the exclusive interview to Eli.

However, for all intents and purposes, I have been and still a Mets fan despite that brief respite for over 30 plus years and somewhere even have baseball cards from the great ’86 Mets, plus a kids Jersey that I wore to home games back during that hailed time.

On a side note, I tried that Jersey on (my mom actually kept it) and it still fits (a little snug, but still) as I am only a few inches taller and pretty narrow on top.

So this year truly brought back that spark and vigor from my youth, when the Mets were on top and the likes of Darryl Strawberry and Doc Gooden were Mets, not Yankees playing in the Fall classic in 1986 and won against the Boston Red Sox.

Earlier this past year, we even took our girls to their very first ever baseball game at Citi Field and they loved it so much that we keep getting asked every so often for a repeat performance.

It was their first Mets Game this past year…

This only brought me back that much more, as I still will never forget my first baseball game only being a bit older than my oldest at Shea Stadium.

Then the post season arrived. Low and behold the Mets not only won their division, but the NLCS, too.

I priced tickets for the post season games and not going to lie as much as I love this team couldn’t justify the exorbitant price tag for these coveted seats.

So, I did what any fan would do and watched from the comfort of my home holding out hope by once again believing into the wee hours of the night for these games.

The Mets were on fire during those NLCS games and swept the Chicago Cubs in 4 straight forward and easy games.

The youthful, four pitchers in rotation seemed unbeatable, including Matt Harvey, aka The Black Knight and Noah Syndergaard aka Thor.

OK, so I may have been heard saying I think Thor is a bit of a hottie.  Sue me I am married, but not dead.  Trust me, I may look, but would never touch.  Still, I got a bit of a shock when I was told to look up his age and found out I was a junior in high school when he was born!

This is the photo that shows up now each time, I get a text or call from my husband!

Still, my punishment for that statement came when I wasn’t looking and my husband programmed Thor’s picture on my phone to show up every time he texts or calls me now.  Fair is fair, I suppose!

But I digress and back to the NLCS games.

The MVP, Daniel Murphy, even broke a record for home runs batted in post season games.  The offense, in general, was on hitting streak.

Seriously, he and the team were a force to be reckoned with.

It appeared that nothing could stop them.

The stage was set.

And then the first pitch of the World Series silenced them and fans like myself with the in the park home run hit by the Kansas City Royals, Alcides Escobar.

Just like that the post season became real and also pretty hard to watch and swallow if you were a Mets fan from that point forward.

But I continued to watch as much as it hurt to through 14 innings for that game, plus the 4 more that followed with a brief interlude with the one winning game the Mets had in the series with Thor at the mound.

My own husband, even though a Mets fan, pretty much busted my chops for my reaction to how they played most of this series.

He even told me to write this article, because as much of a Mets’ fan as he is, he truly didn’t get it.  See according to him these guys get paid the big bucks and would still get those hefty paychecks even after losing.

So why should the lose matter or get under my skin – just a lowly fan?

I know I sound like a spoiled kid that is a bit of a sore loser, too.

Yes, at 38 years old, I pretty much had to turn off my TV once Game 5 went into extra innings, because I knew even still trying to believe that in my heart of hearts that the Mets would lose that game and ultimately have to watch the Royals party and whoop it up celebrating at Citi Field.

That alone was too painful of a thought and a memory I truly didn’t want to have etched in my brain.

But that is exactly what happened. To the victor, went the spoils.

So with that the series, the post season and this baseball season was over and outta here!

I woke up last Monday morning to that cold realization and as much as I hate to admit it, the plain simple truth is the Kansas City Royals were just the better team in this series and the Mets got outplayed by them.

It is what it is.

I also woke to Coach Daddy Eli’s response (the first line in this article) to one of my earlier comments on his article from a few days prior.

I read it and completely concurred then and days later, I still do.

Like I said to him, it is does get less as time goes by, but the residuals are still there. 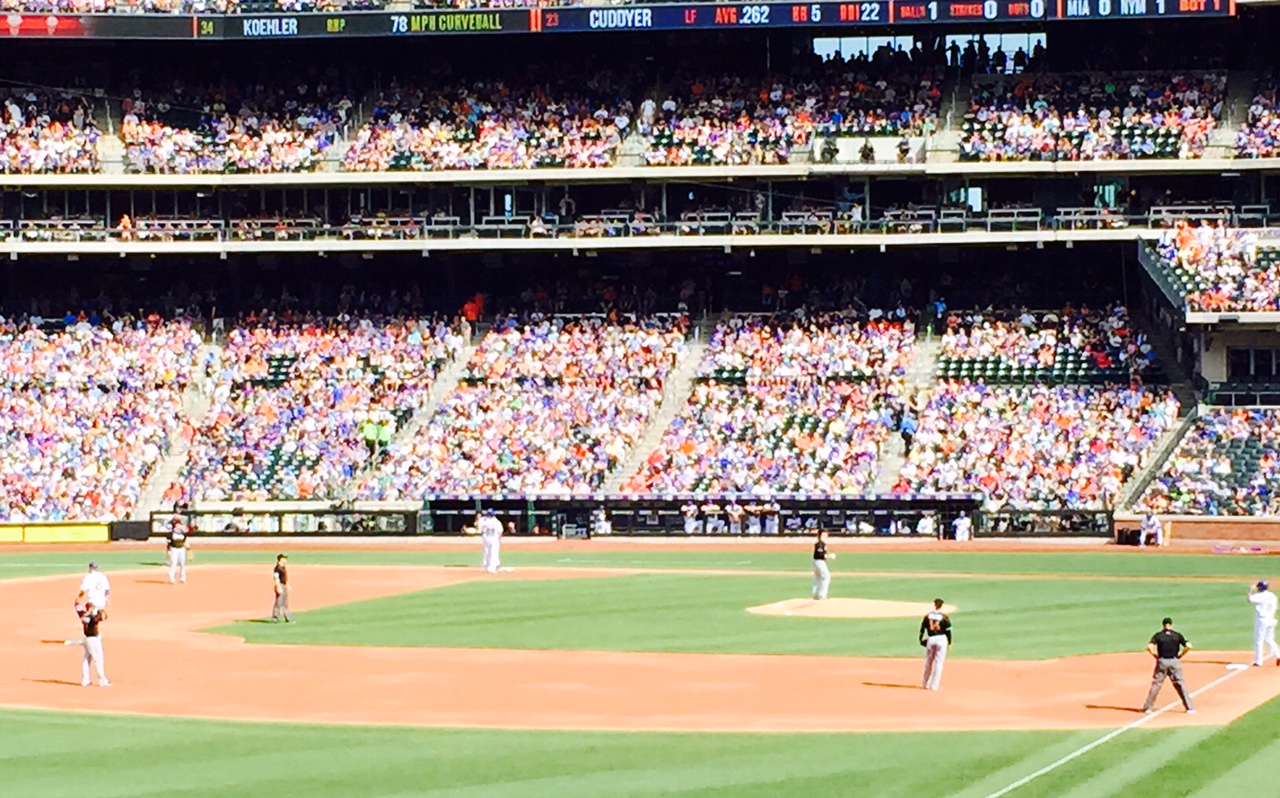 Can’t wait until next season with The Mets….

Still this year’s Mets team played one hell of a season for 2015 baseball even having lost the World Series and helped this Mets fan remember to believe again.

For all #Mets fans, you still gotta believe #LGM #UnfinishedBusiness

This season is definitely over, but there is also one silver lining in being a Mets’ fan. Spring training will be here before we know it to launch a new season with new dreams and hopes for me and all fans once again.

And with that, “You still gotta believe and let’s go Mets go!”