“What do you want for your birthday?” Such a simple, straight forward and direct question, but the answers that were given on this one were anything but. 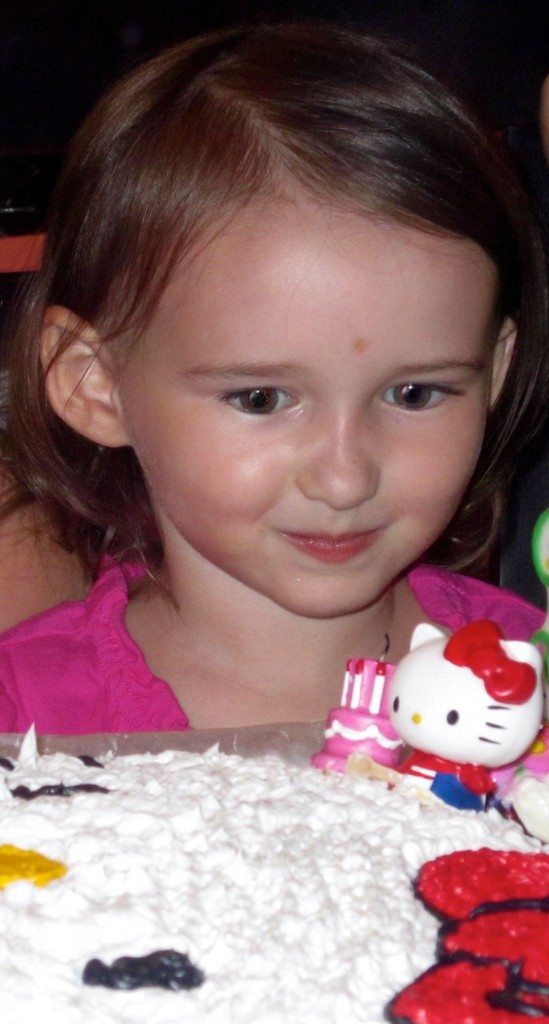 Emma sat there for about a half hour rattling off about 1,234,567,890 things she would like and then some. I am not joking either. This list included, a bike, roller skates,a bike, dolls, more Little People Houses, balls (I think a basketball), crayons, coloring books, new bedding and so much more.

And just when you thought the conversation was nearing an end, this little voice would pipe in with, “You know what else I want for my birthday!”

When we tried to explain that her birthday wasn’t indeed until July and just wanted to get an idea, she honestly didn’t care and just kept going.

On a more serious note, Kevin and I (well more Kevin, because I tend to procrastinate a bit more then him) are trying to decide if we should have a party out with all her school friends. This topic came up when one of her classmates invited the whole class to a party at his home. Her first ever school birthday party. She is only going to be 4 years old and thought I still had at least another year or so for this, but apparently things do start earlier nowadays.

The ideas that have been thrown my way so far for this grand event are as follows: pool party (her birthday is in the summer time), bounce house, gymnastics (the kid never took a class in her life), craft place, and Chuck E. Cheese (I don’t even want to take my own kids there, let alone a whole bunch of kids that I didn’t even give my birth to).

I love Kevin, but seriously I am so not sure if it is worth the money to have the big kiddie party, plus we may need to save our pennies, because Emma seems to think that the Birthday Fairy owes her more gifts than my money tree can accommodate.

Also, Christmas was the first time Emma asked for anything gift-wise, but it wasn’t so many different things, as it was one or two big things. So now she is starting to get the point that if she asks she will indeed hopefully get it, but doesn’t quite understand that if she is asking for 2 or 3 things that she will most likely be gifted them versus asking for a million things and only still getting those few.

But as for these gifts, this birthday fairy will probably not be liked as much, because she (or I) will not be buying 1,234,567,890 gifts, but again more like 1 or 2 larger gifts and a few small gifts, as well.

We have some time to decide though as for the actual party, but as I said Kevin, who is more on top of things then I will be chomping at the bit to decide. So, here is my question, for a four year little girl, would you have a large size kiddie party? And if you did what kind of places would you consider?

For all those wondering this was written before Emma got sick and was pre-scheduled.  She has RSV, an ear infection and we were at urgent later yesterday.  Today, we all are more then a bit tired around here and truly thankful that I do pre-schedule many of my posts, because it was a rough night and have a feeling it will be a rough day, too.  Thank you also for all your thoughts, comments and prayers.  I will keep updating as I can.