Who’d have thought the Barbie Dreamhouse would be that difficult to put together?

Yes, it all started so simple and innocently with a request to Santa for a Barbie Dreamhouse.  See last month, my husband went through the DVDs in our house. He ended up selling most of them back to amazon.com.  In return, we received a $90 credit to use on their website to buy anything we wanted.  Therefore, he decided to use it for the Barbie Dreamhouse on Amazon that our older daughter asked Santa for last week.  If you missed that one, read it here. 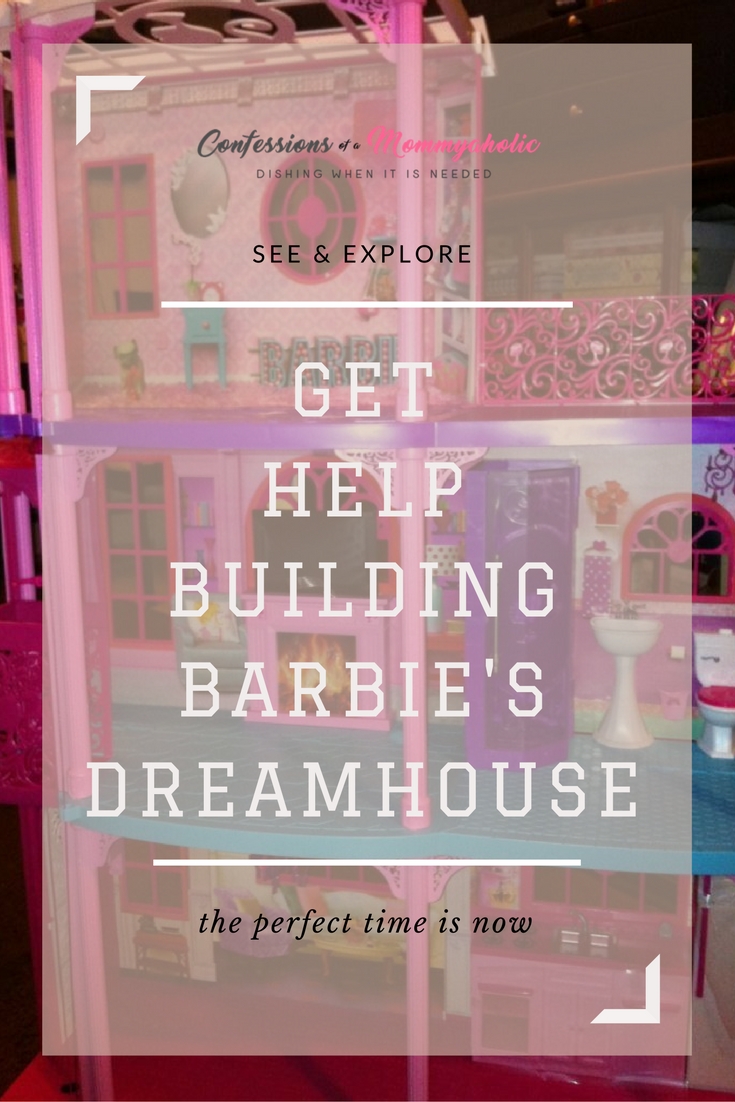 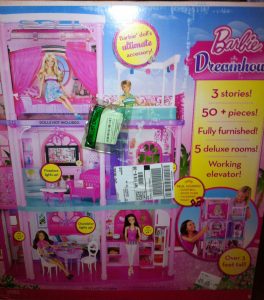 Here Is the Box. Notice Over 50 Pieces!!

When he placed the order, we signed up for a month of free Amazon Prime Shipping. This meant we didn’t have to incur a $30 shipping fee on this one. Yes crazy that it is $30 to ship Barbie’s Magnificent Dreamhouse!  When this huge box arrived two days later right on the label it stated that it contained over 55 pieces.  Seriously, I thought immediately that this could have the potential of turning quite ugly.  Ok secretly, I hoped to have a fun blog article out of this one. I mean doesn’t everyone think in terms of writing when they see something like this!

What happens when putting together the Barbie Dreamhouse…

Last night, my husband finally decided to try to tackle this one. He began to put it together once the girls went to sleep. OK, this is what we do for fun, so sad!  He asked me to look up online more information for help in putting this dreamhouse together.  I honestly was busy writing and dismissed his requests. OK, I am a bad wife! 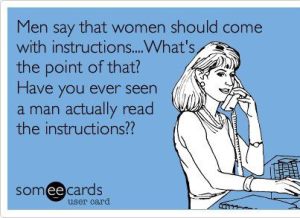 This Is the Usual With My Husband and Directions (So Colored Me Surprised)!!

A little while later though, I entered our living room and the dreamhouse was starting to take shape. But he was having trouble with the elevator. Yes, apparently Barbie is worthy of an elevator!

So, he had the directions sprawled out on our coffee table and believe it or not, he was trying to read and decipher them. I know a shock to me.

Why? Because he usually is like many men-hating to read, ask or take directions.  At this point, I kept playing the line from Back to The Future over and over, “Roads where we are going, we don’t need roads” or in this case directions.

Houston, we may have a problem… 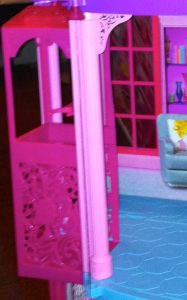 The Elevator In The End

When he was hitting a brick wall in getting this elevator up and running, he asked me to hit up Google. He wanted to see if anyone had similar issues and any advice I could find. Now, I was in more shock that he was willing to take someone else’s advice!  Believe it or not, I didn’t find all that much except to make sure the fireplace (the girl even gets her very own fireplace!) is in position on one site. See apparently that would help to put in the elevator correctly. Plus it was pretty boring and not very good graphics either. Therefore, not worthy of getting an inclusion here.

But then, I also found the below YouTube video to help him. And if you, too, bought this dreamhouse and would like more information, check it out.  But I will say this, apparently, he was doing the right thing by putting together the dreamhouse ahead of time before Christmas morning.

In the video, they also let us know to put the stickers on beforehand while assembling the dreamhouse. Seriously have you met my kids? Why? Because they would have gone through those stickers faster than you could say go if we didn’t do it beforehand!  Oh, and those stickers would have been all over them and my house, too.  So now, I am thanking God for small favors I suppose. 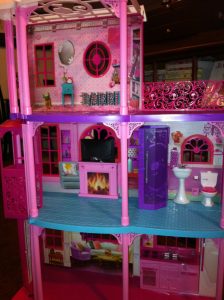 All Is well that ended well, thanks in part to YouTube…

About an hour later, the dreamhouse was all put together. It just needed to be put back in our garage hidden out of sight until Christmas morning.  All-in-all, it wasn’t as good of a show as I’d hoped for. But still had its moments.  Including my husband’s attempt at being funny in the end telling me, “You thought you’d have a good blog article out of this, but you didn’t so suck it!”  This was his retort when he got the elevator completed!

So I eat my words, he got the Barbie Dreamhouse put together with very little cursing or even many problems.  But now the real fun begins, when they have to play with it.  Will this thing hold up to his construction?  Time will only tell!  Oh and by the way I got my blog article! Thanks to my darling husband and some good old fashioned Google searches.

In case you are here looking for even more help on putting the Barbie Dreamhouse together, check out another video from YouTube. It also shows you more step-by-step directions on how to do this:

We use cookies to ensure that we give you the best experience on our website. If you continue to use this site we will assume that you are happy with it.Ok