[kkstarratings] Cake pops were supposed to be the topic of this post and still will be.  However, not the way I originally intended for them to be.

Saturday during the girls’ dance class, Kevin showed me a very cute cake pops recipe that would yield us 24 Candy Corn Cake Pops.  If you want the recipe click here. 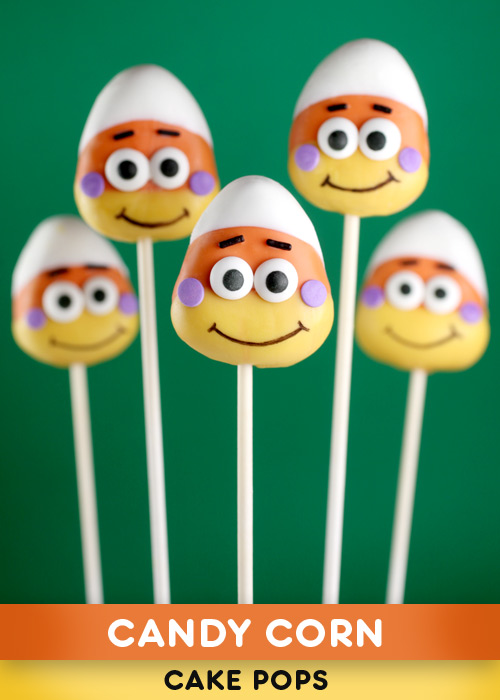 These Are What Our Cake Pops Should Have Looked Like…

I looked at it with him and thought it would be such a wonderful treat to make the girls, especially if we were to be getting Hurricane Sandy and possibly wipe out all ideas of getting to Trick or Treat this year.  We both concurred that at least the kids would have something if the worst was indeed to happen.

So, we walked over to the local AC Moore with Lily, which is right across the shopping parking lot from the girls dance.  Emma was in her class at this point, so we had about a half hour to kill.

As soon as we walked into the store, Lily’s first words were, “I have that Barbie at home.”  She saw a large Barbie coloring book in the entrance of the store and was completely distracted!

Next stop, we finally headed to the baking department and ended up finding a cake pops pan, cake sticks, colored icings and even a cute tray to display them.  Almost $30 later and we were good to go.

Once Emma’s dance class was over, we went to Stop and Shop to brave the hurricane shoppers to do our weekly food shopping, too.  While there, we got a Pillsbury Funfetti Cake Mix to use for the cake pops. 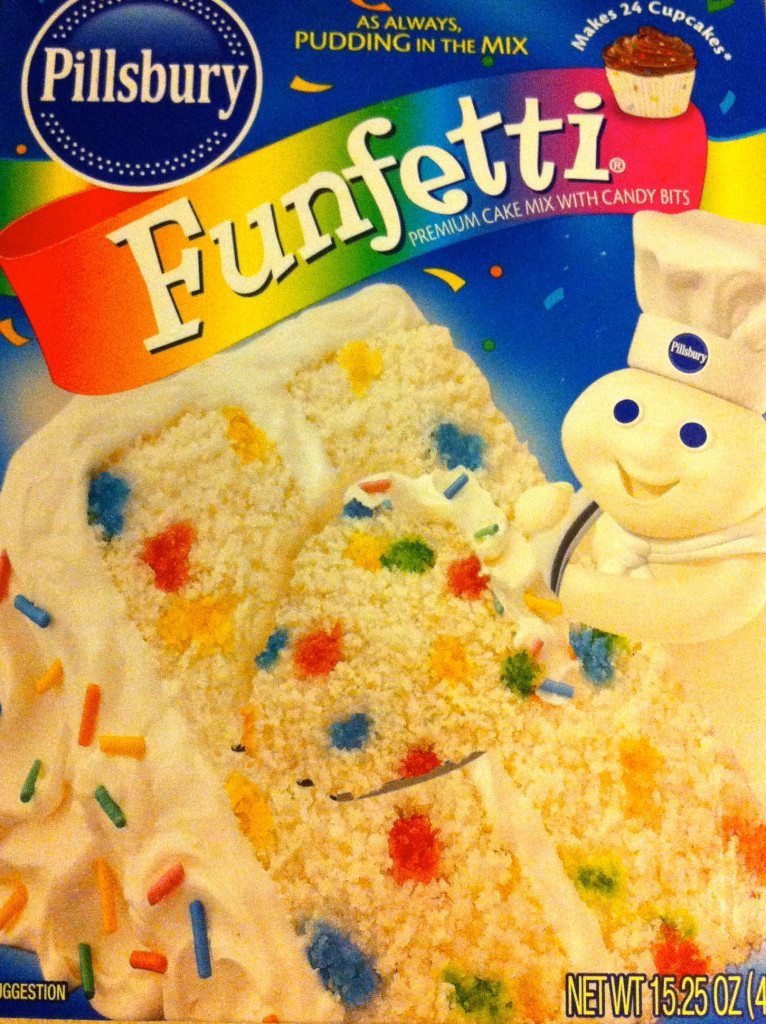 Here was the Cake I used…

This was Saturday and we didn’t get to do anything for the cake pops until Sunday afternoon. 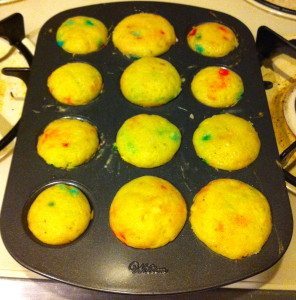 I made the cake first as directed on the box.  First mistake, I forgot to spray the pan and my first twelve cake pops were not wanting to come out of the pan very easily.  I could salvage only four of them.  So for all you math people, only 1/3 of that first batch survived. I cooked the next twelve and made sure to spray the pan this time.  Thankfully, these twelve cooled and came out of the pan fairly easily.

Now, came time for the icing.  I microwaved the yellow icing, because that was to go on first.  We got one yellow cake pop that looked perfect.  The next ones were not so successful, due to the fact that the icing started to harden quicker than we could dip the cake pops and also the cake began to disintegrate as we were trying to cover them.

Kevin thought maybe we should try melting candy wafers instead.  And I thought if we do white chocolate, we could make ghosts instead of the candy corn.  Hey it is still Halloween themed.

So back to AC Moore to get vanilla candy wafers.  Once we had the candy wafers, we melted the chocolate and tried to coat the rest of the cake pops, but apparently the cake (Funfetti) is too soft for cake pops and all but five survived this round.

Now, we were down to five lone cake pops and what to do?  So Kevin YouTubed cake pops now and found you can add icing to cake, make into balls and freeze them to have the coating adhere and stay better.

Of course, he tried this.  So how many cake pops survived this round?  Zero, they are in my garbage waiting for the trash man to pick them up.  But oh wait the garbage man doesn’t come now until at least Thursday, because of Hurricane Sandy suspending garbage pickup until the end of the week.

Forty bucks down the drain (yes I said $30 earlier, bur remember I bought candy wafers too!) and a hurricane on the way.  Yup a nightmare indeed and I really hope this is not an omen of what is to come.

(A Side Note:  This was written about events that happened on this past Saturday, Oct. 27th before Hurricane Sandy hit Long Island, New York.  We are all fine and safe and have power back as of 7pm EST on Wednesday Oct. 31st.  However the next few posts were pre-scheduled for the exact purpose if we did lose power for an undisclosed amount of time. Thank you for all of your thoughts and well wishes!!  Looking forward now to getting back to a bit of normalcy.)