In my mid to late teen years, the phrase, “It’s Complicated” always conjured up visions of a relationship just hanging on by a thread. It also envisioned the person attached to it not entirely sure if they wanted to actually be in said relationship.

Whether the person uttering the phrase was my then boyfriend, myself or a friend or  friend’s partner, I think I heard this phrase often enough.

By the time, I was in my twenties, I truly was versed in “It’s Complicated”.  It was like second nature.

Even popular TV show characters, such as Sex And The City’s Carrie and company were right at home with this ever popular sentence.

Probably one of the many reasons, I loved (and still do love) Sex And The City. 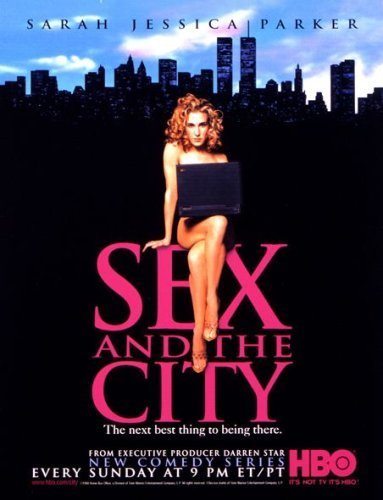 Sarah Jessica Parker in Sex And The City, which showcased complicated to the max!

Watching old reruns of Sex And The City shows and even the movies are are true guilty pleasures for me.

If I happen upon reruns of Sex And The City, I will most likely always stop to view.  Doesn’t matter how many times, I have seen certain episodes. I will still will watch. Plus, I do admit to having my favorites which brought ‘complicated’ totally front and center for these 4 friends.

If I had to list my top favorite ‘complicated’ episodes of Sex And The City episodes, they would be as follows: 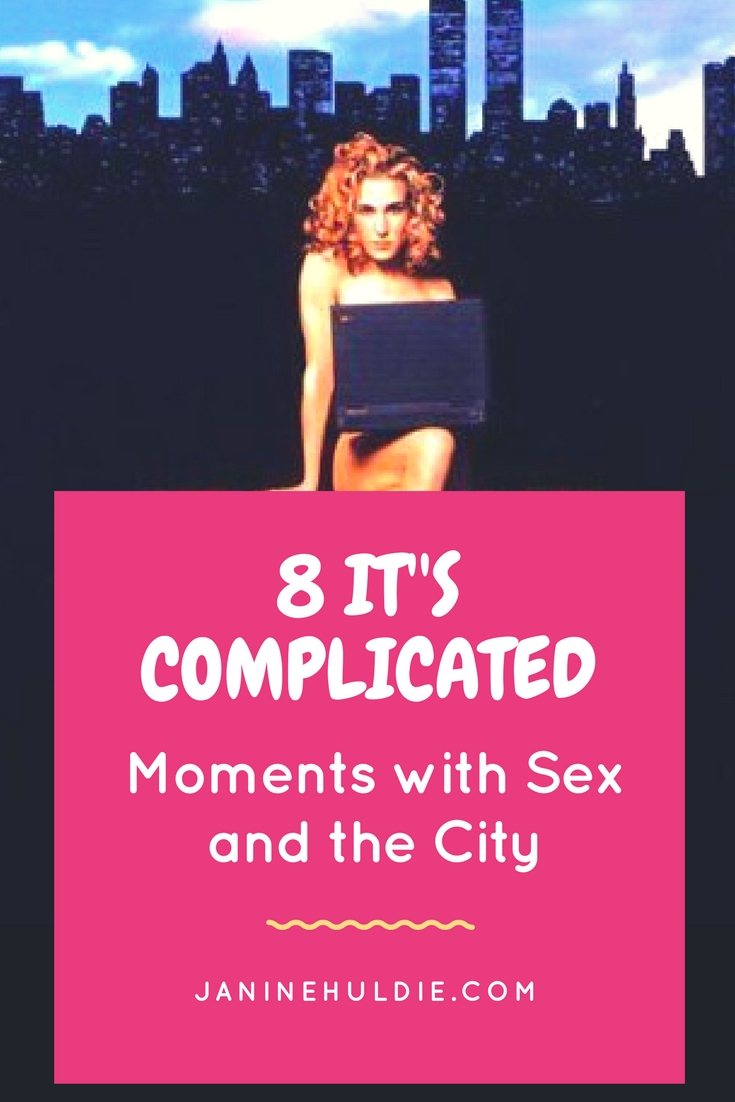 This is where Carrie first uttered the words, “Welcome to the age of un-innocence. No one has breakfast at Tiffany’s and no one has affairs to remember.” As well as where we were first introduced to Carrie and Big’s oh so ‘complicated’ love story with their very first date.  So I ask you, what is not to like about being introduced to these women who became like great friends to me.

Here Carrie utters her famous line ala the famous movie, The Way We Were with “Your girl is lovely Hubbell!”. This is when she and Big’s relationship becomes that much more ‘complicated’. Because they try to be friends when Big finally shares that he and his new girlfriend were engaged to be married.

As if their relationship wasn’t ‘complicated’ enough, Carrie and Big were cheating on their respective partners. So this episode found ‘complicated’ that much more real. Because this is when Carrie finally gets caught cheating with Big. Plus, Natasha (Big’s wife) falls down the stairs after chasing Carrie when she found her in their home. This was pretty much a terrible and dramatic ending to Big and Carrie’s ‘complicated’ affair (or so we thought).

It was made even worse by the sweet Aidan (Carrie’s then boyfriend) waiting for Carrie back at her apartment. He was completely unaware of what his girlfriend has done.  On a side note, classic scene here though goes all to Anthony (Mario Cantone), Charlotte’s gay friend and wedding coordinator. In this scene, he is attempting to make Charlotte’s life a little less ‘complicated’ while looking at dresses for her upcoming wedding. He shouts at the wedding dress saleswoman about Charlotte, “Hating it!”

‘Complicated’ to a whole new level finds Carrie (and the two major men in this series’ life) back together with Aiden. But now she is also friends with Big, who is complaining about his latest lover not giving him enough attention.

Hands down always smile seeing Big and Aiden rolling around in the mud fighting for the fair Carrie. This is all while she is trying her hand at country-fied domestication.

Of course this doesn’t ends up well. So, we then hear Carrie complaining about her more then ‘complicated’ ordeal that, “The only way to get anything to eat in the country is to make it yourself...I’m in no mood for Bisquick!”  The NYC girl in me could so relate and then some!

‘Complicated’ relationships to the max! This is where Carrie’s prim WASP friend Charlotte ends up bedding her Jewish divorce lawyer, Harry.  Here is the first introduction to the loveable character of Harry. And as complicated as it can be for a shiksa (Harry’s description of Charlotte) and a Jewish man to have a relationship, I know I just couldn’t help rooting for these two (‘complicated’ souls) from the inception.

The one where Carrie finally lets nice guy author Berger in. However, she is only to be dumped at the end on a Post It of all things!  Sorry, but definitely will always go down in my book as one of the worst ways to get broken up by. And sadly proves ‘complicated’ still existed in the city even six seasons in!

This is the setup for the final half season of the series. But the best part to me is when Miranda finally tells Steve she loves him and she always has.  Might be a bit anti-climatic.

However, we finally have one of the ‘complicated’ relationships fade away. Therefore, it made so much of what these ladies went through all worth it.  And then again, I also always rooted for these two. So to finally see them get their own happy ending always makes me smile.

What can I say, I am a true romantic at heart.

Love that even after all the ‘complicated’ times these two have endured, Carrie and Big make a go of it. FINALLY, Carrie finds ‘Real love. Ridiculous, inconvenient,consuming, can’t-live-without-each-other love’ with Big!

BONUS!! One of my favorite lines ever was uttered by Miranda to Big about making Carrie’s life less ‘complicated’ by telling him very classically to “Go get our girl!”

Plus, we finally find out Big’s real name after he galantly rescues and most definitely un – ‘complicated’ Carrie’s life once and for all (at least until the first movie) by telling her he is going to ‘kick some Russkie ass’!

Hands down this was one of the best series finales. Plus then we get more with two feature movies to boot where more ‘complicated’ times find our girl, Carrie and her faithful friends.

I know I may have jumped a bit through the seasons. Trust me there are many more ‘complicated’ Sex And The City moments that I have come to love and find to be as comfy as my favorite pair of yoga pants. But still ‘It’s Complicated’ to share them all here with you. So I only gave you a small ‘complicated’ helping.

Please tell me I am not the only fan of this deliciously, ‘complicated’ past HBO series.

And if you are a fan, share some of your Sex And The City favorite ‘complicated’ moments with me now!

**A side note, thank you to Lisa from The Golden Spoons, who challenged myself and other bloggers at the start of 2015 to The 1 Word Challenge.  This weeks words were: AGAIN, BELIEVE, & COMPLICATED.