Raising two young girls isn’t easy by any means in this day and age.

Plenty of days I am left utterly confused by something they say or do.

But even more so, I am still left confused by how some basic things about raising kids have changed since I was a kid myself.

Yet, don’t mistake my confusion as someone who hasn’t fallen victim of doing so much of what does essentially confuse me. 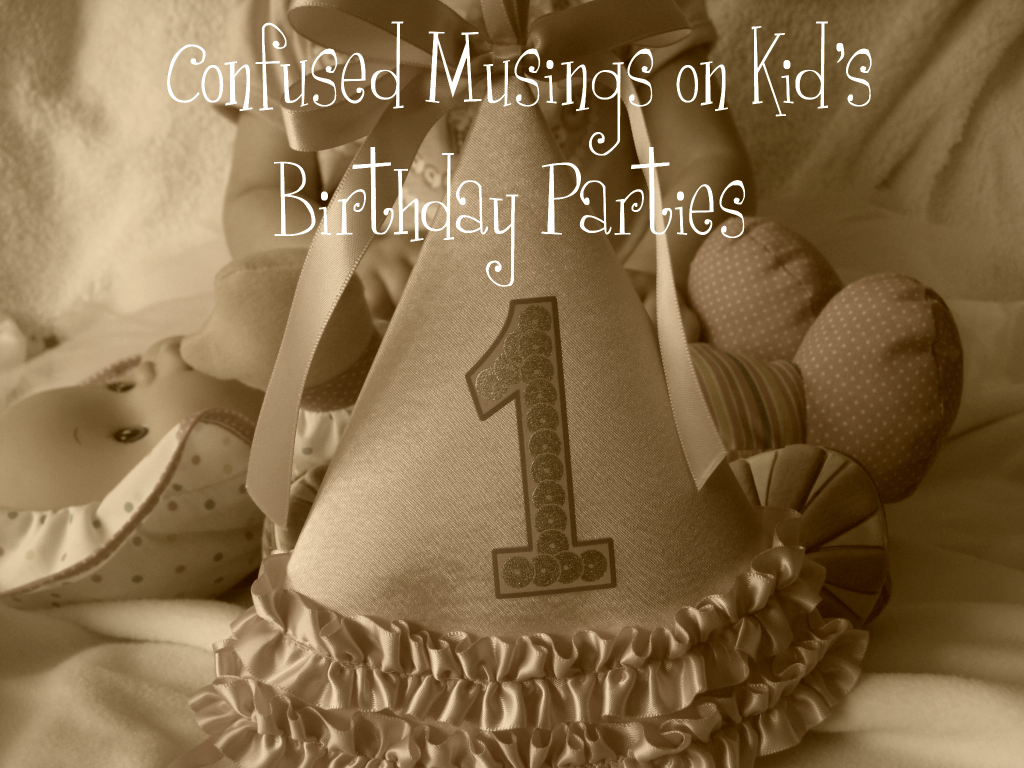 In a matter of four short months, my oldest will be 6 years old.

For months now, she has talked non-stop about where she will have her next birthday party.

The latest was a princess party and apparently I had promised it as she reported to her father this past weekend.

I am guilty as charged and did tell her that we would discuss where her next party would be held for her upcoming birthday.

I am also more than at fault of being the parent to spend an exorbitant amount of money on birthday parties for both of my girls. 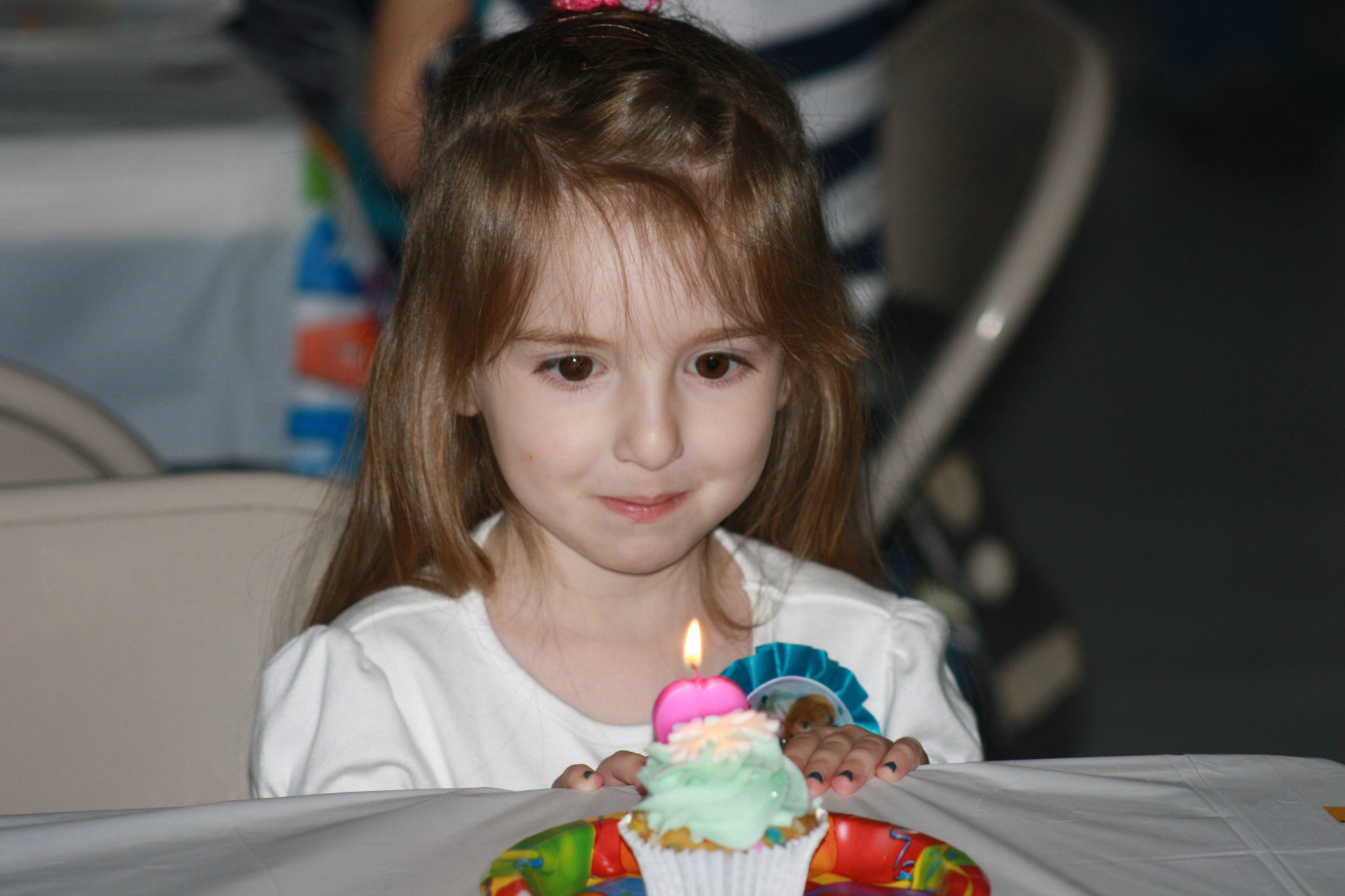 This past November, we partied it up for her 4th birthday!

Last November, my 4 year old had a gymnastics party that cost us over $700 for not even two hours of celebrating!

So the precedent and bar was set high, no argument there.  And yet it was even before that birthday with our previous parties we threw for both the girls, as well. 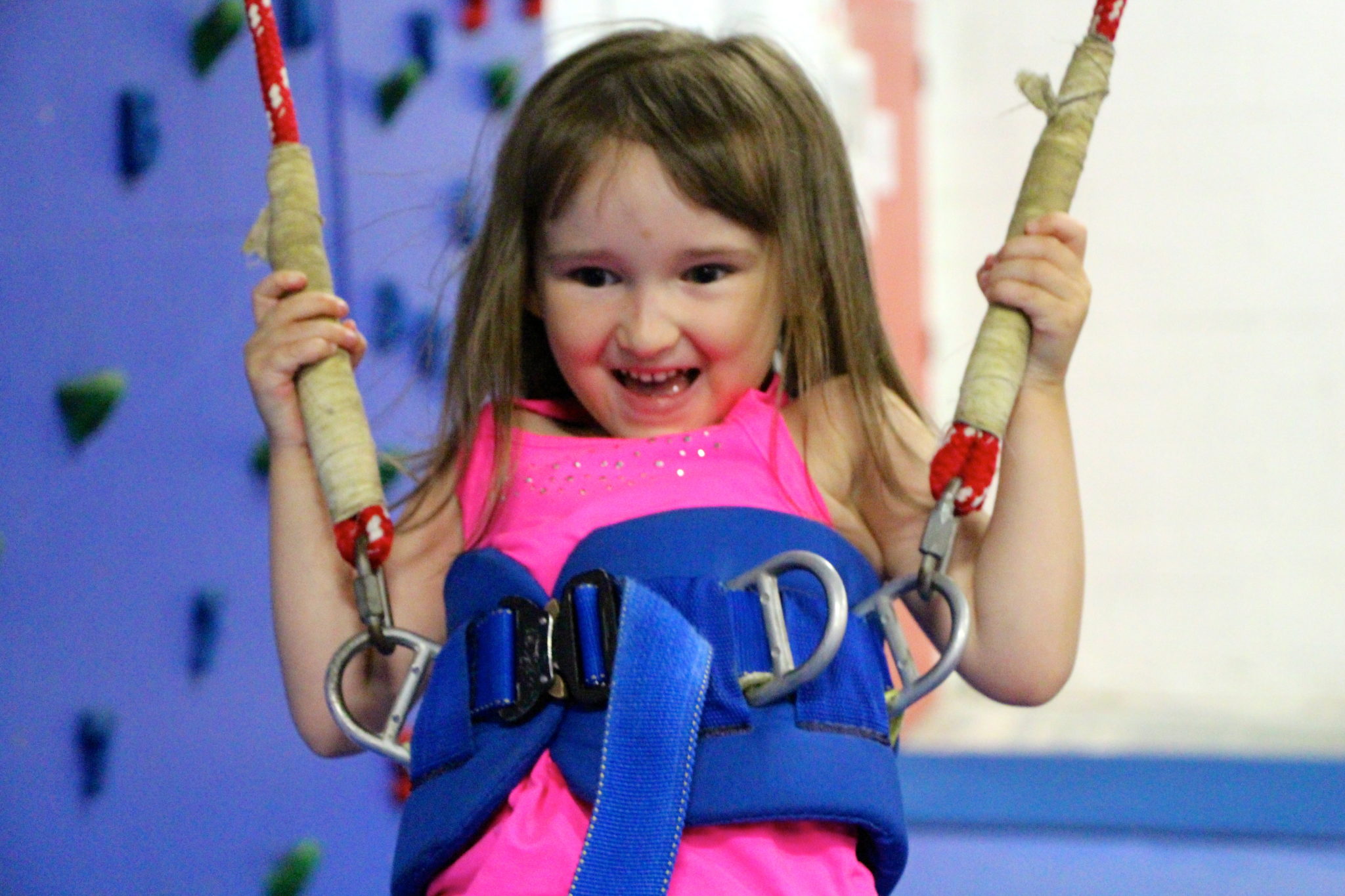 But I am not the only one as my girls have gone to their fair share of birthday parties for friends and classmates over the last few years, including bounce parties, movie parties, crafts and so much more.

I am not trying to put down any other parent for their decision on this, as we have been, as shared, known to do the same for our kids’ parties, too.

See I was the mother that had to make sure both my girls had only the best for their 1st birthday parties. Mind you neither girl remembers anything from these massive celebrations nor should they as they were only babies themselves. Yet, I fell right in line with what society dictates for making sure that a 1 year old baby, who barely was talking should apparently be afforded. 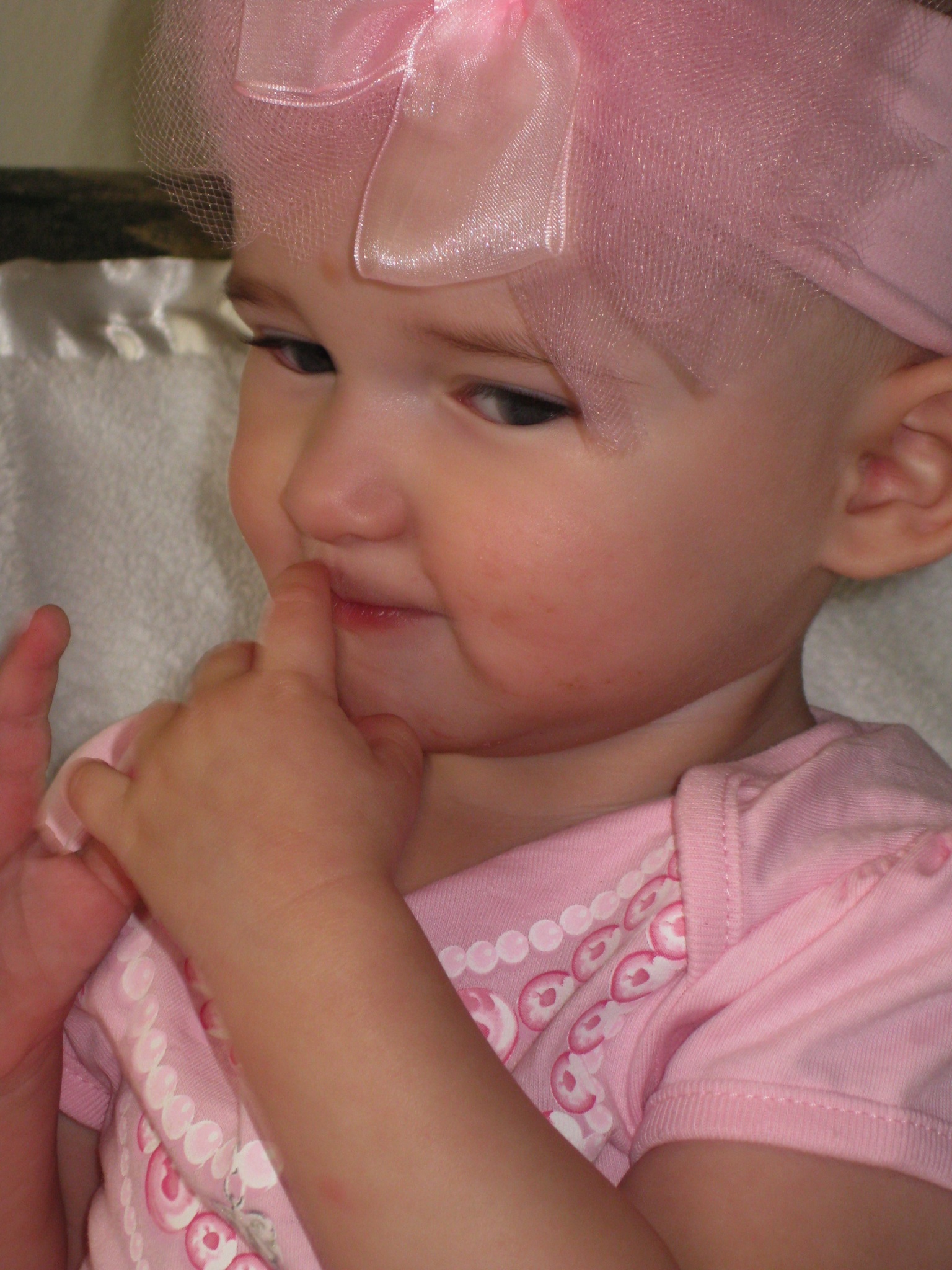 Not sure she even remembers her first birthday!

But still most recently, I couldn’t help with my 6 year old daughter’s statement of entitlement begin to question and wonder why young kid’s are treated annually to these over the top and extravagant celebrations for the day that their moms (myself included) pushed them out of their loins into this world.

If anything, shouldn’t I get a little cake for the fact that I kept them safe for the nine months leading up to that day, as well as squeezed them out of my private parts on that day.

Hell, it doesn’t even have to be a large cake, small slice or one cupcake would suffice!

But again the latest trend makes me feel like the competition for this seems to grow just a bit more each year. Add to the fact that my kids are growing, setting their expectations for birthday parties loftier and grander than the last and more than a bit confused as to how I would have the money or means to afford what lies in store for me down the road.

I wish I had an answer to this to be quiet honest and this confusion as to why we, parents, feel the need to give our kids bigger and better, really does puzzle me.

I can recall my own birthday party, when I turned six.  It was at a local McDonald’s.  My parents paid for burgers, fries and drinks, plus good old fashioned ice cream sundaes for a few of my friends. Afterwards, we played on McDonald’s playground.  It was anything, but grand and yet I have fond memories of that party.

However, this was back in the day before fast food became the demon and all to blame in our world.

Still, at every upscale party I have attended for my girls or their friends, the meal of choice served is usually pizza followed by some sort of cake or cupcakes for dessert, with enough processed sugar to make even a 1,000 pound elephant bounce off the walls. 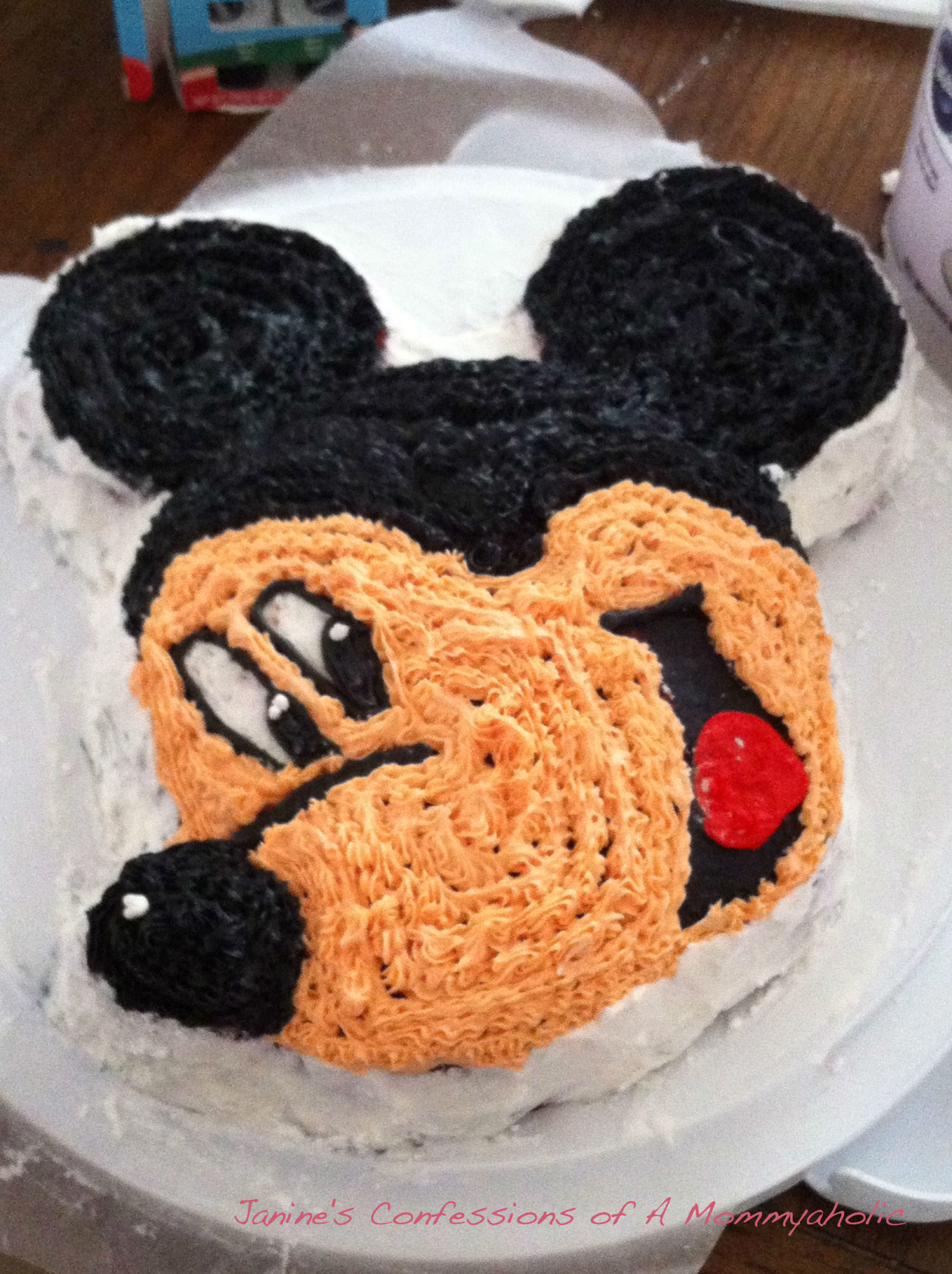 Lily’s Mickey Mouse Cake That I Made

The price of the entertainment and meal alone is more than a car payment and possibly slightly less than a monthly mortgage payment for many.

But as much as I can vent here about it, I know that I am lacking answers or even a backbone to go the economical route.

I could half ass it by making a homemade cake, which my not so crafty self has done in the past and somehow managed to pull off though only adding hours and days onto my already hectic life.

So, I will let someone else, like Carvel or even a professional baker, indeed make the cake for us.

On second thought, I’ll let Carvel have their moment to shine here…

Or I could also simply have the party in our home.  As again, we have done this, but the clean up alone before and after, it is truly something that I still have nightmares about.  Plus, having fifteen or so, six year olds with the attention span of a goldfish entertained in my house sounds like pure hell on earth!

For these two reasons alone on second thought, I get why parents (myself included) have been opting in recent years to pay through the nose to throw elaborate birthday parties for their young kids.

So, I will go big or go home with this upcoming birthday party of some sorts for my oldest come this July whether it be a princess party or something else, because that is what parents do for kid’s birthdays to keep their sanity in tact for another day.

Kids #birthday #parties are they worth it? #confused #1word #parenting @TheGoldenSpoons @Blogitudes

The words for this week are: Confused or Wonderful; Please feel free to linkup and join us this week.