Project Gamma is full steam ahead at Walt Disney World’s Epcot. The park makeover will see significant enhancements and new attractions. It will also receive a complete retheming according to the latest D23 Epcot announcements. Rather than a Future World and World Showcase, Epcot will feature a more unified world theme with a breakdown into four distinct neighborhoods. The new Epcot will embrace its roots with a classic logo and renaming of the park. In addition, the revitalization will reignite the imaginations of guests and inspire hope for a better tomorrow.

All the D23 EPCOT Announcements 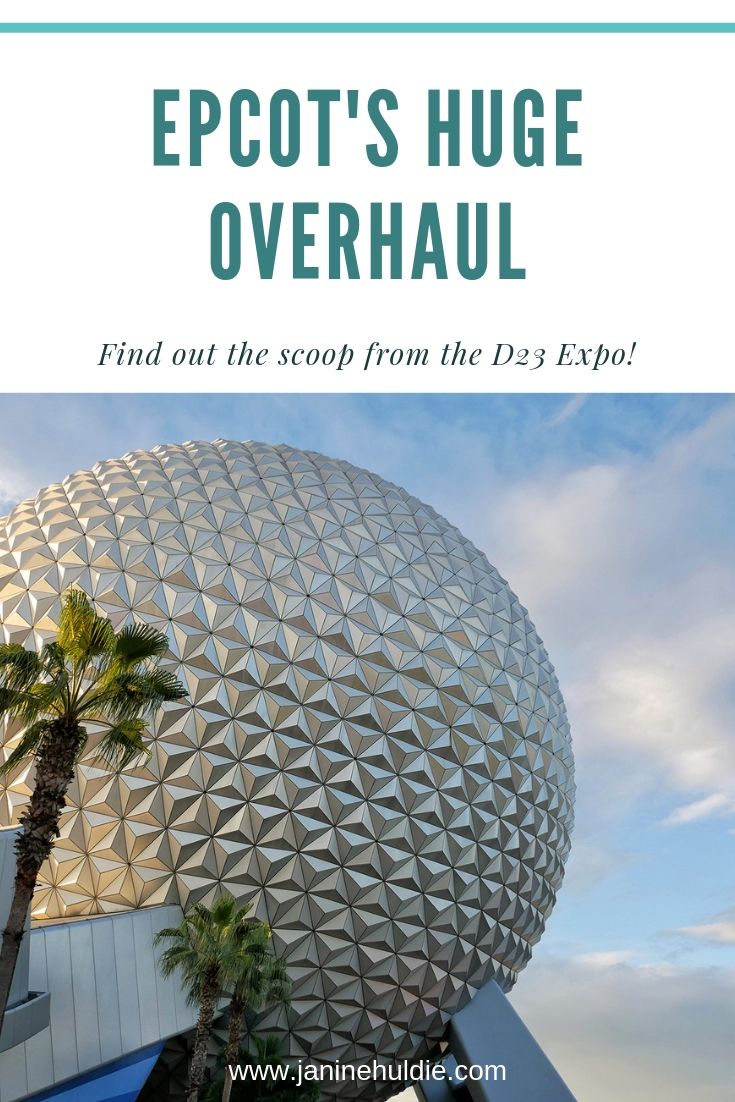 The World Showcase remains the most unchanged under the new plans. However, there are plenty of new things taking place over there, including an original Mary Poppins themed expansion in the UK Pavilion and the Ratatouille dark ride in France. A Beauty and the Beast Sing-Along will also be joining Impressions de France. Meanwhile, China and Canada are receiving new 360 movies in their pavilions. The biggest news is the announcement of a new World Showcase Pavilion. Brazil will go right between Germany and Italy in the back of the World Showcase. 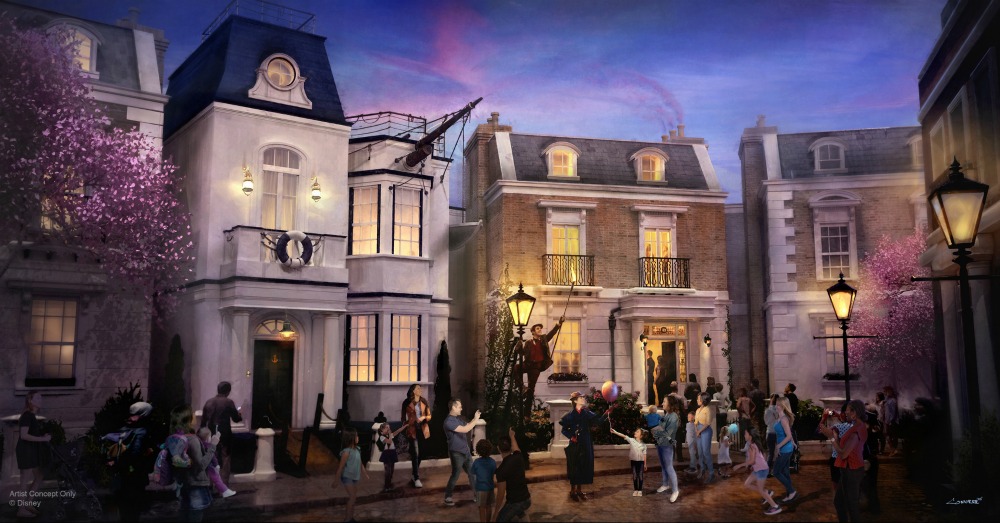 Epcot’s United Kingdom pavilion will welcome the first attraction inspired by Mary Poppins. Guests will step in time down Cherry Tree Lane past Admiral Boom’s house, then enter Number 17, home of the Banks family, where their adventure will begin. (Disney)

World Celebration will Feature a completely reimagined Spaceship Earth with new scenes and a focus on a unified Earth. The new festival center is going to be a multileveled structure lush with greenery. It will feature a stunning view of the World Showcase for an ideal vantage point during Epcot’s upcoming new nighttime Spectacular Harmonious.

In 2020, the new “HarmonioUS” will debut at Epcot as the largest nighttime spectacular ever created for a Disney park. It will celebrate how the music of Disney inspires people the world over, carrying them away harmoniously on a stream of familiar Disney tunes reinterpreted by a diverse group of artists from around the globe. “HarmonioUS” will feature massive floating set pieces, custom-built LED panels, choreographed moving fountains, lights, pyrotechnics, lasers and more. (Disney)

The World Celebration area will be primarily devoted to festival space and feature a beer garden as well as large spaces for food, beverage, and merchandise.

This section of the park will expand on what The Land Pavilion and The Seas with Nemo and Friends have already started. World Nature will incorporate a stunning new film called Awesome Planet, which will show in the Land Pavilion. A gorgeous walk through garden-scape themed to Moana will reveal the journey of water. 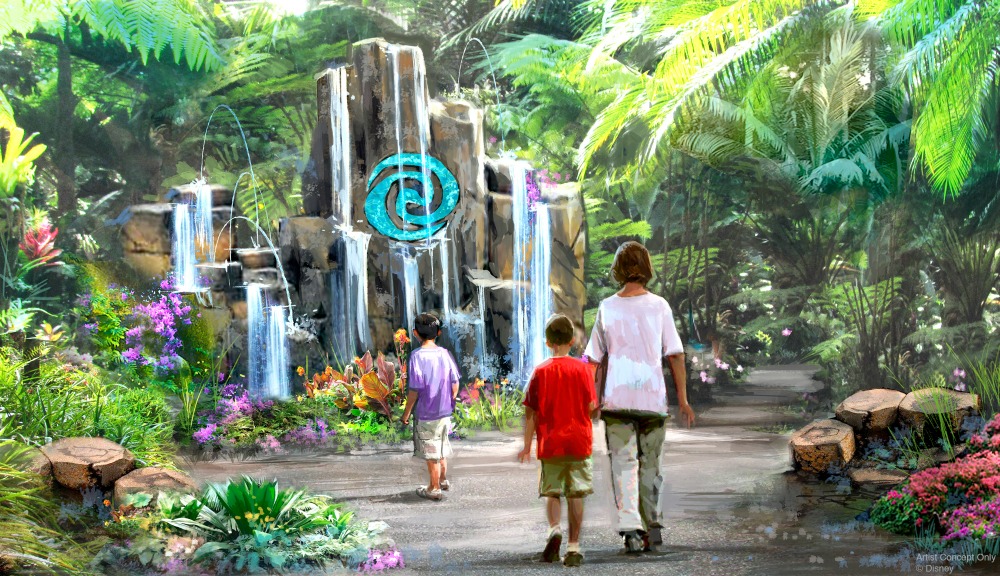 The journey of Water, Inspired by “Moana” at Epcot will be the first attraction inspired by the hit Walt Disney Animation Studios film. This lush exploration trail will invite guests to meet and play with magical, living water. (Disney)

Formerly known as Future World East, World Discovery will continue to feature new frontiers, such as space missions, the importance of play, and the new Guardians of the Galaxy coaster, Cosmic Rewind, the first roller coaster with a reverse launch and one of the longest indoor roller coasters in the world.

The new Play pavilion will reinvent the former Wonders of Life Pavilion and feature several interactive games and fun activities. Mission Space will receive a rotating table service restaurant that will feel as though you are dining on a space station. 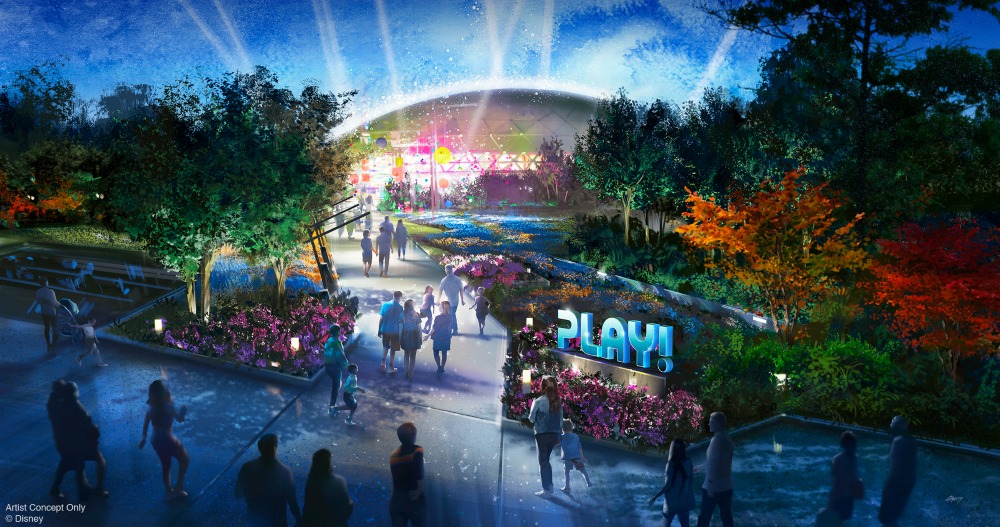 The PLAY! pavilion at Epcot will open in time for the 50th anniversary of Walt Disney World Resort. In this digital metropolis, guests will discover an interactive city bursting with games, activities, and experiences that connect them with friends, family and beloved Disney characters – both real and virtual – like never before. (Disney) 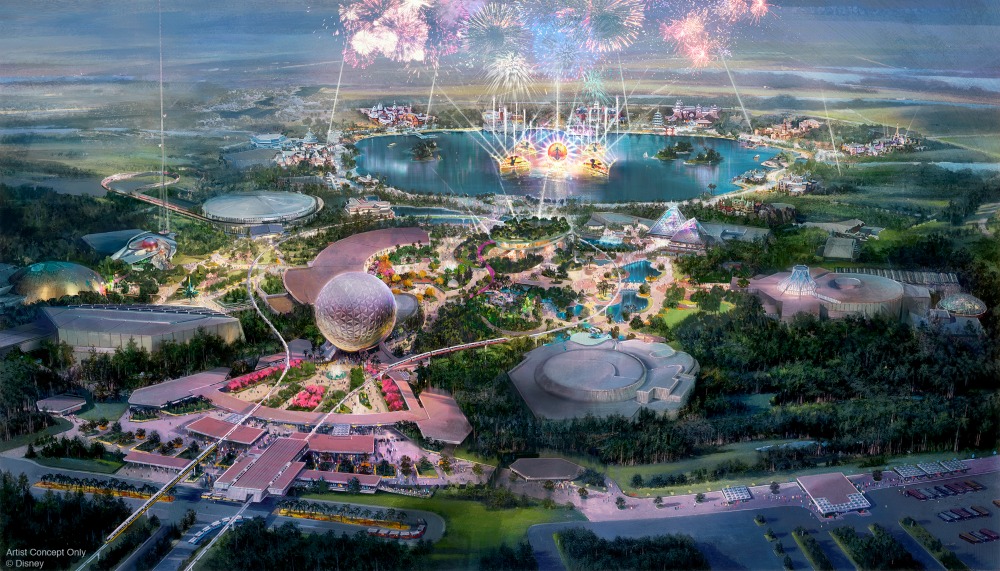 The new Epcot will have a cleaner, greener, more unified look, and feel. With brand new attractions, nature-focused landscaping and retro branding, the new EPCOT will be more similar in spirit to the original concept and have an appeal that will last for generations to come.