Who doesn’t love the Harry Potter Series? I absolutely love this book and the movies, too, but  will admit I didn’t start reading the actual series when the first book (The Sorcerer’s Stone) was published. I was actually first engaged to Kevin, when his mom (an avid reader) had just read the first four books. They were sitting on her book shelf and she suggested I begin reading the series, because they were too good not to read.

Harry Potter and The Sorcerer’s Stone–Book 1

I never had given it a second thought, but she handed me the first book and figured I had nothing to lose. So, I took it home and cracked open the book that night. I was hooked and remembered reading that first book in less then 2 days time and returned it asking to borrow the next three. Of course, she did just that and loaned them to me. And I read the next three books in the series in less then two weeks.

Book 5 (The Prisoner of Azkaban) was actually coming out in the very next month and guess who not only purchased the first four for her own library, but made sure to get her very own copy of Book 5? That’s right, I now had all five books in my library and completed Book 5, which was almost 1,000 pages (the longest so far in the series), but could not put it down until I finished it. Yup, this one took me about a week, but I was completely enthralled and could not wait to see how the book ended and then once it was done was left longing for the next book to be released. Harry Potter’s World is truly magical and so captivating, the books really take you to a whole new enchanting world that one cannot pass up (if you read the books and/or seen the movies, then you probably can relate). 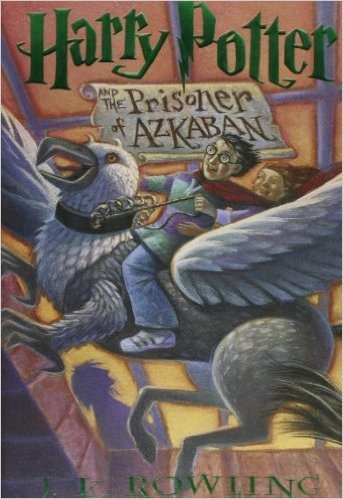 Harry Potter and The Prisoner of Azkaban–Book 5

Book 6 (The Half Blood Prince) wasn’t released for almost another two years and I was just newly married, when it was. I remember making Kevin drag me to the midnight release to get my copy. We stood on a line in the local Border’s Book Store behind a guy, who probably hadn’t showered for a few weeks (he smelled vial and even had white particles all over his shirt–absolutely gross), but had to have my Harry fix and didn’t care who I stood behind as long as I could read the next in JK Rowling’s Saga (no I didn’t dress up, but still needed that book as soon as it was released!). And that I did again in less then a week and again longed for Book 7 (The Deathly Hallows) now more then ever, especially since Book 6 really ended with a huge cliffhanger and Book 7 was the final in the series, which would be the book to explain it all, as well as truly end this magnificent series. 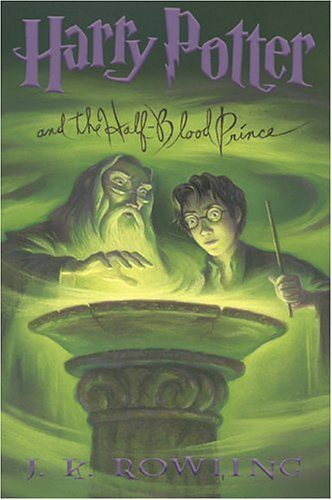 Harry Potter and the Half Blood Prince–Book 6

And when was Book 7 released? Ten days before I gave birth to Emma. I kid you not, I ordered the book this time, because at 9+ months pregnant I couldn’t stand on a line for very long. Amazon delivered it to my door on the release date. I read the whole book in these then 3 days and made sure to finish it before giving birth to Emma. I needed to know how it would turn out and couldn’t chance not having a moment to finish it once she arrived (yes I love Emma, but needed to finish this book!!).

Once I had Emma though, all bets were off, even though I read the all the books by this point. The once opportunity I did get to go to the movie theater and see these absolute masterpieces on the big screen were pretty much a done deal never to happen again.

I remember seeing the fifth movie (The Prisoner of Azkaban) by renting it through Pay Per View on our own home TV with our very own surround sound, because we just never did make it to the movies (as I already explained)(. The same went for the sixth movie (The Half Blood Prince). And I am ashamed to say that up until two weeks ago, I had never seen the two part conclusion with The Deathly Hallows movie at all.

It wasn’t for the lack of wanting to believe me. We even had them on our DVR for quite some time and kept saying we would watch them, but they are truly long detailed movies and with two kids, plus crazy schedules just never seemed to happen for us. 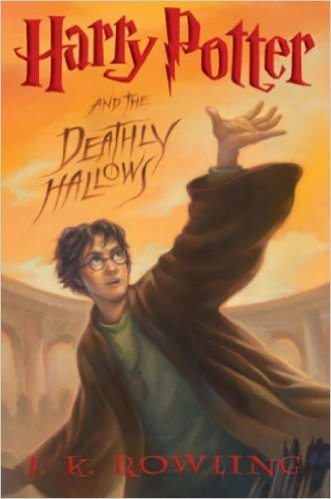 Finally, Kevin and I said enough is enough and in three nights time, watched Part 1. I got hooked all over again and truly remembered very quickly why I loved the series. And once that was done, made sure we found the time between all the craziness and a sick Emma, too by finally viewing Part 2 in the course of another three days.

I am proud to say that I read all seven books and watched all eight of the movies finally. What I am not proud to admit was while viewing those last two, I was having a hard time remembering some of the background, because after having two kids and not having looked at my Harry Potter Books or the Movies for a bit some of it was definitely foggy. So, I have vowed to re-read the last two books, because that is what I was the most clouded on.

In this process though, I was also given the opportunity to own the original movie score for Harry Potter: The Deathly Hallows Part Two, which I thought was completely ironic, but fortuitous at the same time. By the way, I have not stopped listening to it especially while I am writing and creating, because it really is an awesome soundtrack and gets my creative juices pumping. Plus, I admit the Harry Potter Fan in me is in seventh heaven with it. And now for all who are just as big of fans as I am of Harry Potter, the company Water Tower Music, who is the house record label for Warner Brothers is offering a giveaway to my readers to own your very own copy of the Harry Potter and the Deathly Hallows – Part 2: Original Motion Picture Soundtrack.

This post was written as a sponsored post for WaterTower Music and I was compensated for my honest opinions.