If you are a parent to young kids, then I am pretty sure you have heard the phrase terrible two’s.

Both my own kids are well past this age and I had thought that I made it through to the other side of the terrible two’s quite some time ago.

But recently, my 4 1/2 year old younger daughter has begun to have full blown tantrums all over again if she doesn’t get her way. 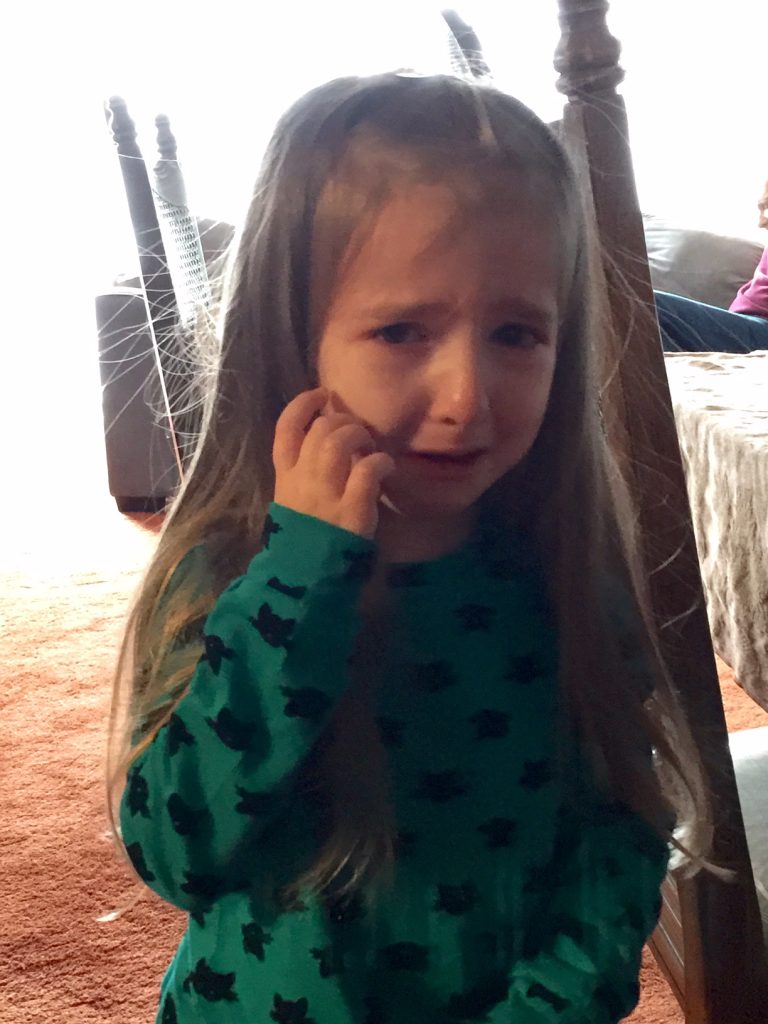 Definitely couldn’t make this up and have decided that we are entering a new phase, which I am calling Ferocious Fours (Almost Fives).

Take for instance a recent outing to the mall, where she had two full blown meltdowns in less than an hour’s time.

First one was at Target, while we were shopping for an upcoming birthday party gift for her older sister’s friend.  Apparently, this toy shopping to her meant that she too would get a new toy.  Even though, it clearly wasn’t her birthday (it is May and her birthday isn’t until November) nor was it Christmas or any other major holiday that might require her getting a gift or new toy.

Yet, once that spectacle was over, we headed over to The Children’s Place to look for new bike shorts to be worn under spring/summer skirts.  My shopping agenda got derailed by the next outburst, which was all over her simple desire of getting to purchase a dressy dress that clearly we didn’t need right now.

That was only one day and two incidents occurred in less than an hour’s time.

As if this wasn’t bad enough, only two days later while playing with friends, the same child got her panties in a bunch when she was offered an orange ice pop, because she simply wanted an ice pop, but not orange.

Back during the terrible two’s, I can recall understanding that my kids were still pretty young, but still needing to be taught right from young with this sort of behavior and handled it like this.

But now, that both my girls are no longer babies and school age, I began to realize I may need to approach my own daughter’s behavior differently than I did only a few short years ago. 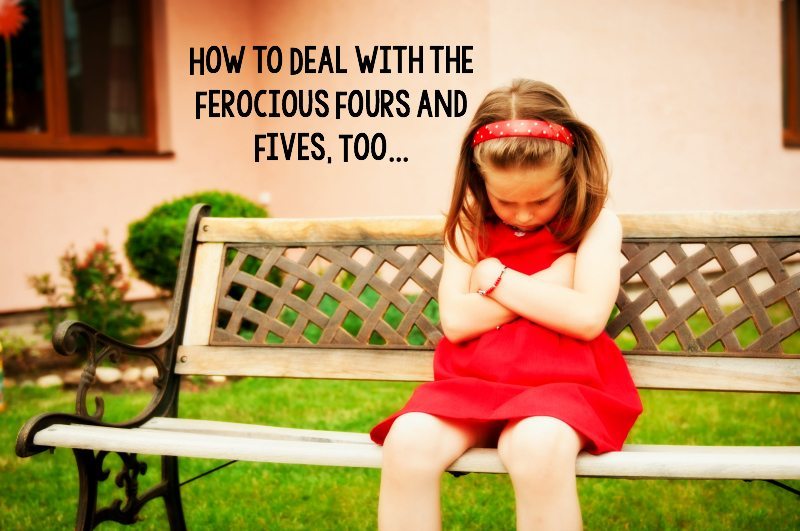 4 Ways to Prevent The Ferocious Four or Fives Tantrums

This may seem impossible and many may be asking, how exactly can a tantrum actually be averted completely.  Here is the thing, I have started to warn ahead of outings, now what I expect as far as behavior from my younger daughter, who is indeed the guilty party at this point in time.

For instance, if we are going to the mall, I now make it crystal clear that we are only going for x,y, and z, therefore she shouldn’t expect to get something that isn’t on our shopping list.  At the very least, I feel hopeful that now she shouldn’t be surprised or taken off guard by her impulse needs or wants.

2.  Don’t Give Into Tantrums

Still, I am not deluding myself to think that the tantrums will stop cold turkey, because let’s face it nothing (bad habits included) is this easy to stop doing once you start up again like the return to tantrums at 4 and 1/2 years old.

That is why when tantrum worthy moments do occur, I have always made sure not to give into them and still do now.  I most definitely don’t give into what the tantrum is about, like the toy or dress that my younger daughter wanted.  You better believe she didn’t get either of those items on that fateful day nor will she be getting anything else she would find the need to implode over.

If I am out somewhere, like I said previously I will do all I can to ignore, because if not then this will negatively reinforce that this behavior is the way to get my attention.

If this doesn’t help to stop the behavior in its tracks, then I will extricate us from the situation.

During this time, I make sure a time out is issued, such as going back to the car before continuing on shopping, because I will not continue to remain in a public place while my child further descends into a shrieking mess.

Better to remain calm, talk that much needed time out and then return when calmer heads prevail once again.

If we manage to escape the dreaded tantrum, then I try my best to give some positive reinforcement.

See at this age, my own daughter does know the difference between right and wrong now, as well as what is expected of her behavior wise.

So I am all for rewarding when she does act appropriately, because she should understand that the correct reaction is not only a good thing, but what we strive for at all times.

Don’t get me wrong, the reward isn’t anything that could break the bank and is usually something like getting to read an extra book before bedtime or something equally benign, plus a bit of verbal praise for this, because positive attention strategies can more than help to keep future outbursts to a minimum and at bay.

How do you deal with your kids #tantrums #parenting

Again, at only two short years older, kids 4 or 5 years old, should have a better grasp on their emotions, actions and even their vocabulary, than a two year old would.

Still that doesn’t mean they are mature or grown up and will most definitely have their moments, but it is still what we, as parents, do during these past, explosive moments that can hopefully make all the difference for the possible, next time.

As my 4 and 1/2 year old, told me as I was getting ready to publish this, “Can I come with you?  I promise to be good this time, because I just want to be with you.”