At the beginning of World War I the nation experienced a food shortage. Years later Jeff Bezos would say, “One of the only ways to get out of a tight box is to invent your way out”. And that’s preciously what Americans did during the food crisis at the beginning of the First World War. They invented Victory Gardens.

Victory gardens were backyard gardens where families planted fruits and vegetables to have during the food crisis. Essentially, the typical American family became micro-farmers who provided their own food. Victory Gardens also served as a symbol of patriotism. Families would put propaganda or Uncle Sam signs in their garden to boost morale in wartime.

Now, decades later Victory Gardens are less common and serve a different purpose. You aren’t going to walk past your neighbor’s yard and see wartime slogans, but you might see a garden. As sustainable eating and living rise, gardens are a viable solution for healthy and inexpensive eating. In the turbulent times we are currently facing, a boost of morale is also needed. So, why not make an indoor Victory Garden?

This guide will walk you through how to set up your Victory Garden. What seeds to get, where to place your garden, and even some modern-day posters with playful spins on the original WWI ones. It’ll make having a green thumb easy, with the added bonuses of fresh food and lifted spirits! 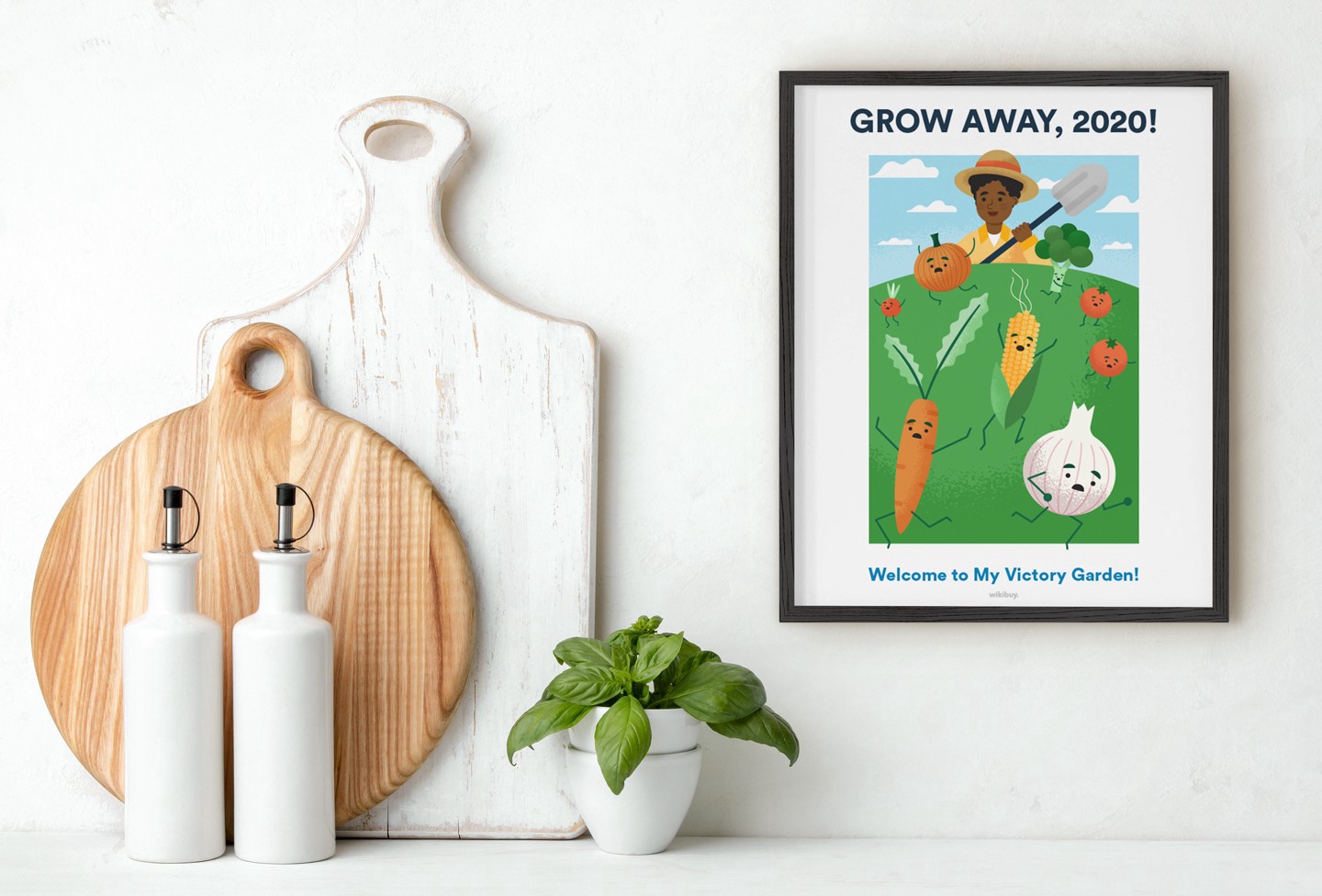