Why am I such an Apple Geek and even whore all combined in one?

It all started back when I was about 10 years old and in one of my classes in school, I got to see the Apple IIc Plus (totally showing my age here!) – it was love at first sight.

I so wanted to be the cool kid, who owned an Apple Computer back in the day!!

No joke, I came home and drove my parents crazy that I just had to have this computer.  I did already have a computer (it was nothing compared to the Apple though).

My parents finally caved and got us one for Christmas that year.  It was put in my bedroom, under the guise that it was for the whole family to use though.

Fast forward to when Apple released the original iPod, I had to have one and then the iPhone came out and I sadly had to wait for my cell phone contract to be up to get one.

The last iPhone I purchased was the iPhone 4, but still I already had a Mac Book and then of course needed the trifecta to complete my Apple obsession with the iPad. 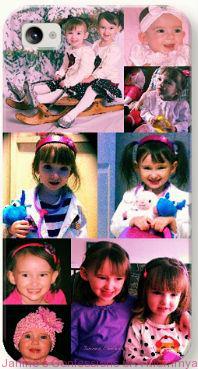 My Iphone Wearing A Casetagram Case with My Girls Photos That I got to Review!

By the way, I had the original iPad, then got the iPad 2 and eventually got the iPad with Retina display.  But I have held off upgrading my iPhone 4 to get bigger and better.

I kept seeing the new Samsung Galaxy (my brother has it) and it keeps getting bigger and better each release.

My Brother Michael Has the Samsung Galaxy…

But to me the iPhone 5 really was NOT a huge upgrade to my iPhone 4 that I already owned.

Not much of a difference between the iPhone 4 and the iPhone 5 in size!

So, I decided to hold out, because as impressive as the Samsung Galaxy seemed, I still am an Apple girl and had faith that they would hit one out of the park with the new touted release.

But Houston We Have an iPhone Problem?

Only catch or problem was my iPhone 4 was getting older and much more tired.  Even a bit grumpy, I would say when I would use it for pretty much anything and everything.

My Trusty iPhone 4 Is Sadly on Her Last Leg!

Let’s just say that my iPhone 4 and I were not seeing eye-to-eye on what it was still capable of.

Answering a call has been challenging to say the least with my iPhone having gone to a white screen on a few special occasions.  My mom was witness to this a few weeks back and just couldn’t believe it (think my iPhone even shocked her). Other times, my iPhone likes to just send my calls to voicemail even when I am clearly right next to it, should be able to see and pick up a call if it comes in.

Getting into and closing out apps has been a wild ride, as well.  Apps freeze on a dime and this seriously is just the tip of a very much larger iceberg.

Because even to turn the phone on from the home screen button was becoming more a challenge and my trusty iPhone 4 for the past few months has been wanting no part of even starting up and felt that was a sign that she would like to be put to sleep for good never to awake again for use, either that or some choice obscenities have been known to escape my mouth at times described above!

Yet An Announcement of Mega Proportions Was Around the Corner…

So, of course as I was hearing rumblings of a big announcement by Apple to come this week, I was more then a bit giddy, because my old pal – iPhone 4 truly doesn’t indeed have much more life in her.

Not going to lie, I know it is just a phone and technology, but I can’t help, but have a small part of me that just so loves seeing how far technology really has come (especially from the early Apple computer days from when I was just a kid), plus I really was hopeful I could finally use my phone upgrade (I have been eligible for almost 2 years now!) for a phone that would not only do what it should, work once again, but be cut above the rest

I sat writing and eating my lunch listening to the live feed come over my MacBook, while Lily played (having picked her up from her second day of pre-school an hour earlier).

What did I hear about the iPhone 6?

I can honestly say what I heard definitely didn’t disappoint.

If you didn’t listen or haven’t heard, here are a few of the finer details about the new iPhone 6:

Did you #pre-order the new #iphone6 ? I did!! Find out more now! #apple #iphone6plus

And yes, I got up a bit early and pre-ordered the iPhone 6 Plus this morning (as pre-orders started Friday September 12th), because it is more then time that I let my poor aging iPhone 4 rest for good now.   Hoping that the estimated wait time of 3-4 weeks for shipping is not true and that somehow the iPhone/Apple gods will smile down on me to get my new iPhone quicker then that (iPhone 6 is released Friday, September 19th, but not standing on line outside the store – I am crazy but not that crazy!).  Will try to share more once I do have the new iPhone 6 Plus, if you majority want me to (I have no affiliation with Apple, just an Apple lover through and through by the way!).

And for those who could care less, sorry for the slight tech geeky and swooning Apple post today, but I was too excited not to share with all that know and read my blog!

For More Details on the iPhone 6 and iPhone 6 Plus, Watch the Recap Video Below:

Info-Graphic on Upgrading to IOS 8 or iPhone 6 – Keep Your Data Secure: