I was laying on the couch with my pillow propped under my tiny head and blanket on with our little dog lying at my feet in the early 1980s. But I can still very much recall hearing, “Grease Is The Word” and the cartoon introduction for the now classic movie, Grease.

I couldn’t have been more than 5 years old. But my mom was watching the movie. So, she allowed me to stay up to see it with her in our then living room while snuggling up on the couch with her. 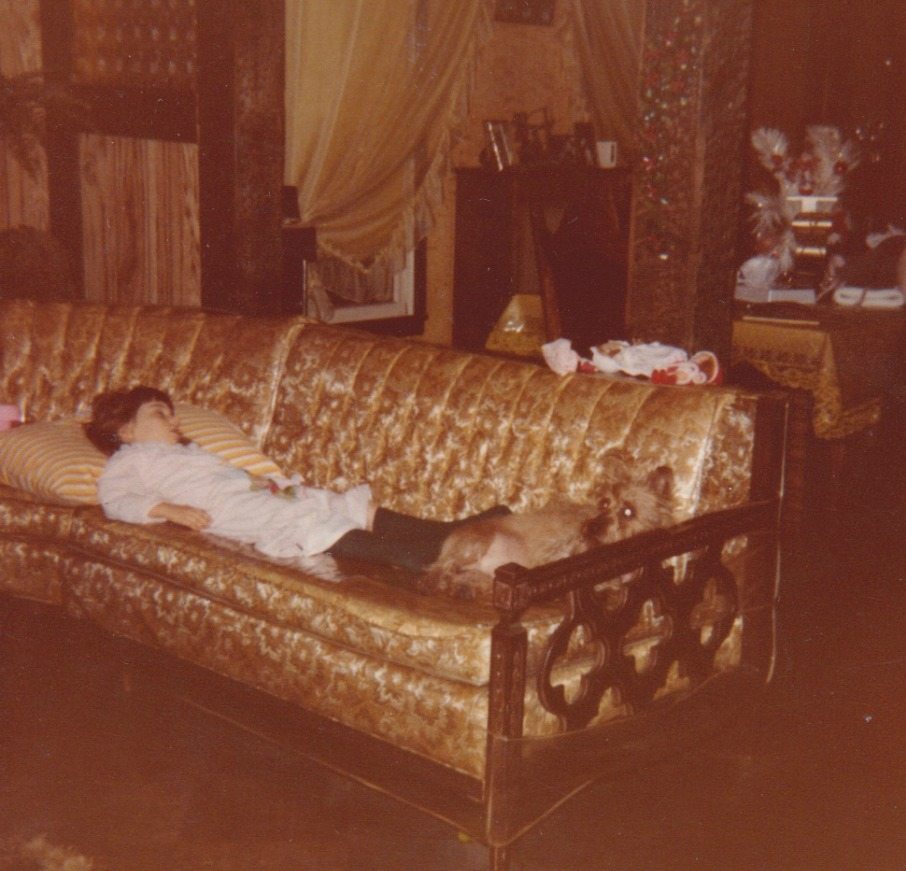 Yup, that’s me fast asleep on the couch as a kid – a nightly ritual!

Truth be told, my nightly ritual was to fall asleep on on the couch while my mom watched TV. Then, I’d be carried up to bed by my dad as I hated to be alone at bedtime as my bedroom was upstairs.

So not a real stretch for me to be TV viewing with my mom. But Grease was definitely a first for me this particular night.

What was my original thoughts of Grease?

This film mesmerized me. I loved everything about it, especially the music.

See I have lost count now how many times over the years, I have watched that same movie over and over.

Makes sense that my mom would be the one to remind me to watch Fox’s updated version of Grease Live!

Still I was on the fence to watch. Why? Because I wasn’t sure if it would live up to the expectations of the original.

In the end, I caved watching the whole live, but updated version, Grease.

While I will admit it wasn’t the same and it definitely wasn’t nearly as good as the 1978 classic. But still as Danny Zako would say, “I got chills and they were multiplying,” while viewing.

Because it definitely transported me back and had it’s moments that I enjoyed. These moments included seeing the original Frenchy play the waitress Vi, as well as Eve Plumb of The Brady Bunch fame portraying the shop teacher, Ms. Murdoch.

Because they were the perfect updated characters of Sandy, Rizzo, Principal McGee and Vince Fontaine.

However other parts, I really wasn’t as impressed with.

The portrayal of Kenickie by Carlos PenaVega, which just seemed lacking to me and truly left me missing Jeff Conway’s version of Kenickie sadly.

Did you watch #GreaseLive find out some honest teen lessons from it now. #1Word

But still Grease lived on in Fox’s live version. And so did the life lessons for all teens past and present that can be inferred from this classic teenage love story (whichever version you choose to view). 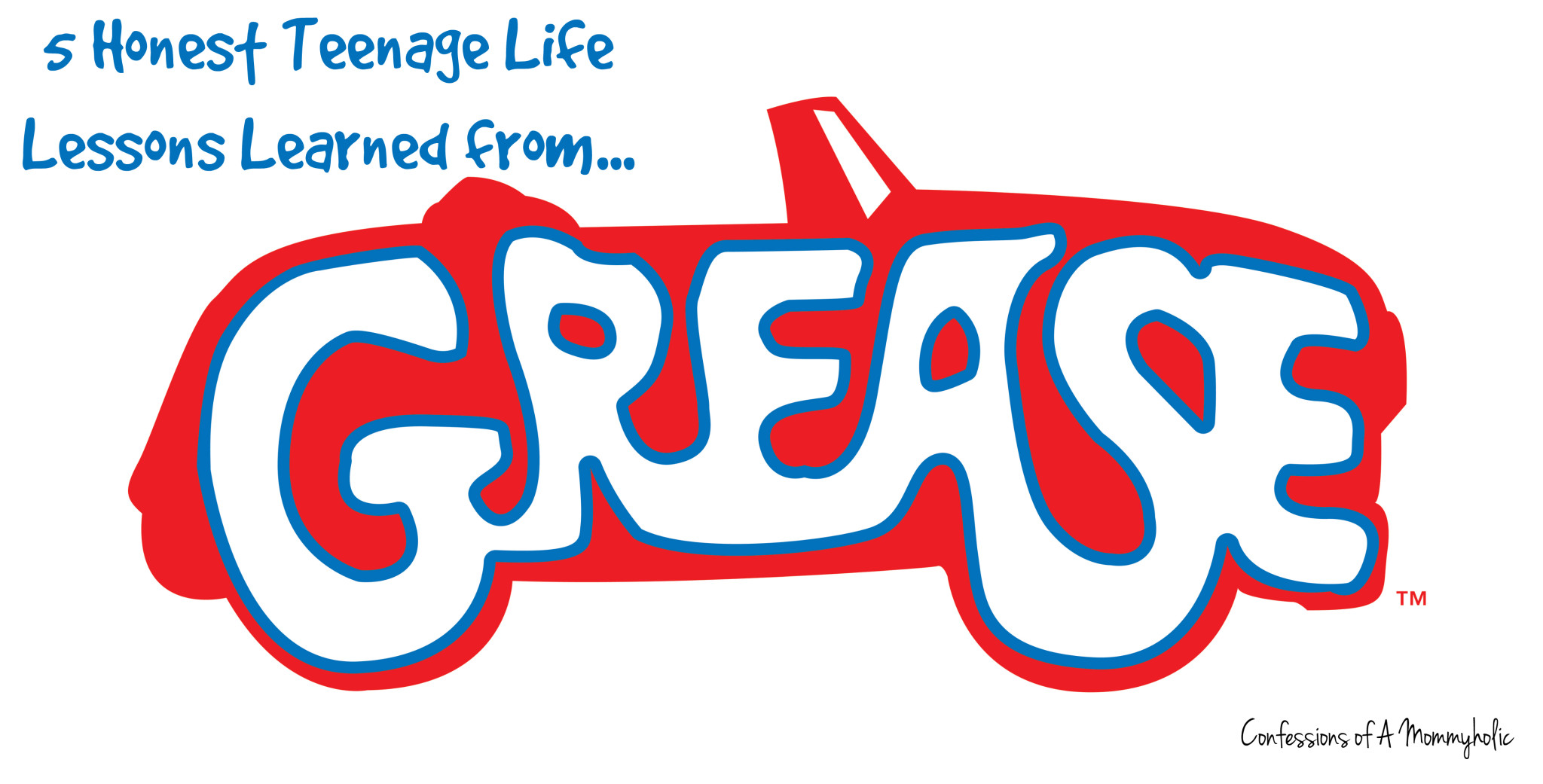 1. Girls can totally be catty and tend to stick with their cliques.

Sandy was the new girl. Frenchy and the Pink Ladies seemed to embrace her. But all was not what it would appear to her.  Why? Because Rizzo, the cool girl leader, found out Sandy had been with Danny. Therefore, all bets were off. And because of this the girl gang of friends were willing to hurt Sandy just because they could.

Lesson learned – Be careful with girl friends. Why? Because you never know if and when they can turn on you over a guy.

2. Conversely, teen boys will mostly act like immature jerks where girls are concerned.

It appeared that Danny had real feelings for Sandy. But he still couldn’t help but try to impress his guy friends every chance he got. When Danny realized that Sandy was going to school with him, he proved this point.  See he wanted to be excited to see Sandy. However he had to keep his cool to not let on how much as cared for her.  Thus, this proves the Frenchy’s point. “Boys rats or fleas on rats or still even worse than that, they’re amoebas on fleas on rats.”

Lesson learned – Teen boys have to act tough and cool, while around their friends no matter what.

3. First love is exciting, but hurts, too.

Throughout the movie, the good, the bad and the ugly play out as far as how this so-called love for both the main characters.

Lesson learned – When first love hits, be prepared to fall hard. Plus you will most likely get hurt in the process at some point.

4. Gossip never gets old. – This is the case with Rizzo divulging to Marty that she is pregnant. Then, this news spreads just as quickly as the dreaded flu does during the winter.

5. Drama is around every corner no matter which way you turn.

No wonder this teenage love story became a dramatic, musical movie. Why? Because really it had enough drama from the opening scene of these two professing their love right until the end credits with the song of, “We Go Together”.

Lesson Learned – Just be prepared for the drama during this time in your life. Because there really is no escaping it.

Now go forth and hand jive on. Also, don’t let the others finish the ride for you. Because Grease is most definitely the word!

Do you love the movie Grease?

Did you watch Grease Live?

*This post was also written for the One Word Blog Linkup that is hosted by Lisa of The Golden Spoons and yours truly, too.

The words for this week are: Honest or Perfect or Curious.