A recent conversation, that I had with my daughter’s pre-school teacher, was very enlightening. It brought a whole new meaning to what modern families truly look like.

However the important thing is that she is indeed blossoming. Plus she is right on track if not above average for her age with what she should know.

However, when asked if she knew her home phone number, her response is sadly true and very telling.

What was her answer?

“My mommy hasn’t taught that to me, but I know her iPhone number” 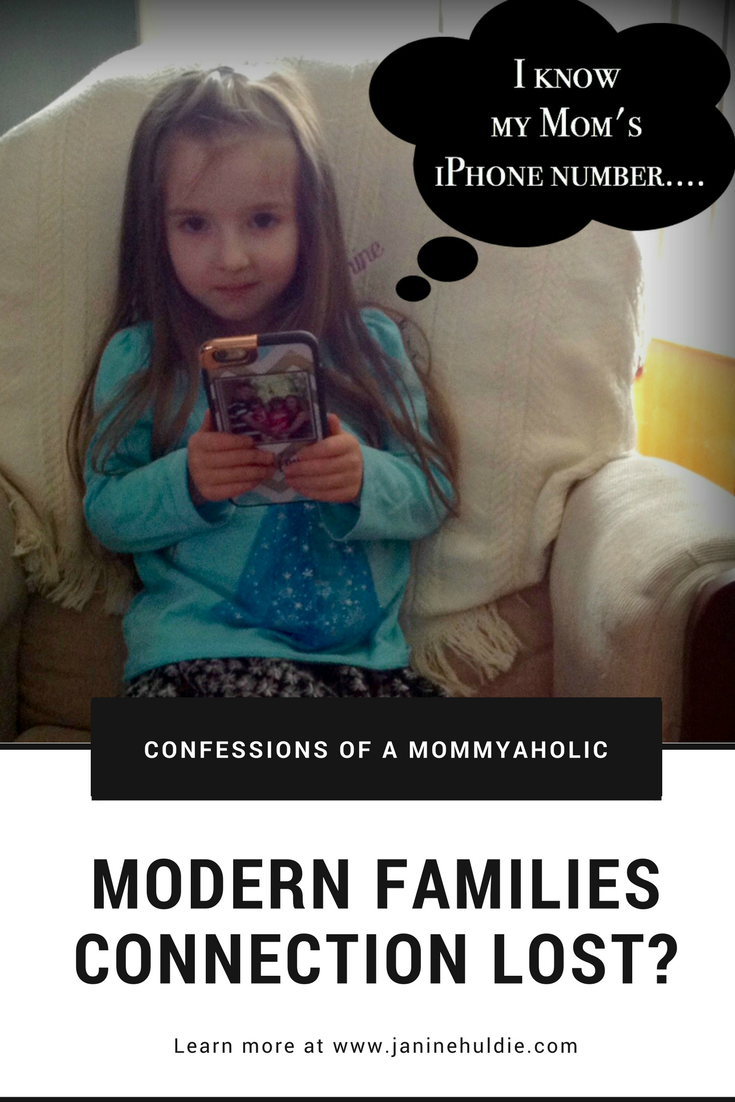 Hands raised high. See I am guilty of not sharing our home phone number with my 4 year old. Why? Because although I pay for our landline telephone, I am not sure the last time I used it to make an actual call.

I have an iPhone 6 Plus, as well. If it were a choice between my landline or my iPhone, the iPhone would win hands down.

I also own an Apple iPad and MacBook Pro 15 with Retina Display to round out the trifecta of IOS devices that I use daily.

But I digress and back to the case at point.

So why haven’t I shared our landline telephone with my 4 year old?

Young kids are supposed to know where they live. They should also know their home phone number. Both should be learned in case of any unforeseen emergency.

Again, I won’t argue that.

But most will not reach me at my home number. Because once again my iPhone is my go-to device. I use it 24-7 at all hours of the day for everything you could imagine. So again,  I haven’t divulged our home number to my 4 year old.

Seems the norm for modern families…

See judging from most of my family and friends, I would say that I am not in minority. Because technology and devices like the iPhone took over where our traditional lines of communication. They easily replaced landline phones and so much more. This includes replacing notepad paper for writing notes, sending e-mails instead of letter/snail mail correspondence or using Facebook to keeping up with family, friends and even the casual acquaintance’s whereabouts.

If I wasn’t convinced before, then I recently viewed an episode of ABC’s hit show, Modern Family.

Why’d this convince me? Because they filmed an entire episode using Apple iPhones, iPads and MacBooks.

The episode, according to Buzzfeed, consisted entirely of a series of FaceTime chats between Claire (Julie Bowen), who is sitting in an airport in Chicago, and the rest of her family members, who are in their respective houses in Los Angeles. Claire also uses her computer to simultaneously track down her eldest daughter, Haley (Sarah Hyland), who no one has heard from since the day before. The Dunphy matriarch is able to log into Facebook, search the internet, shop online, and read her emails, all while chatting with her husband, Phil (Ty Burrell), her brother, Mitchell (Jesse Tyler Ferguson), and her father, Jay (Ed O’Neill), with other family members coming in and out of the screen.

What intrigued me about this Modern Family episode?

The fact that it showcased just how a “Modern Family” communicates. It also showed how much all in modern families use technology throughout the course of their normal daily routines.

Just like the mom (Claire) in the show, I have used all three of my Apple devices to do all of the above activities that she performed during the course of that one day the episode depicted, seamlessly and effortlessly.

As shared above my 4 year old knows how to use these devices just as easily. She can also perform a Face-time call with my iPhone and iPad. Plus she even knows the number to reach me at 24-7. But doesn’t know her own home phone number.

So what is the the take away from all of this for modern families?

That technology is the norm nowadays for most modern families, kids and moms included.