Never quite thought of myself as an entrepreneur or even that I would become one, but somehow that is just what has happened over the last few years.

Most know my story if they read and follow this blog of how I was a middle school math teacher, who lost my teaching job during my pregnancy with Lily (my second) only to find myself unemployed and unsure of what to do next. 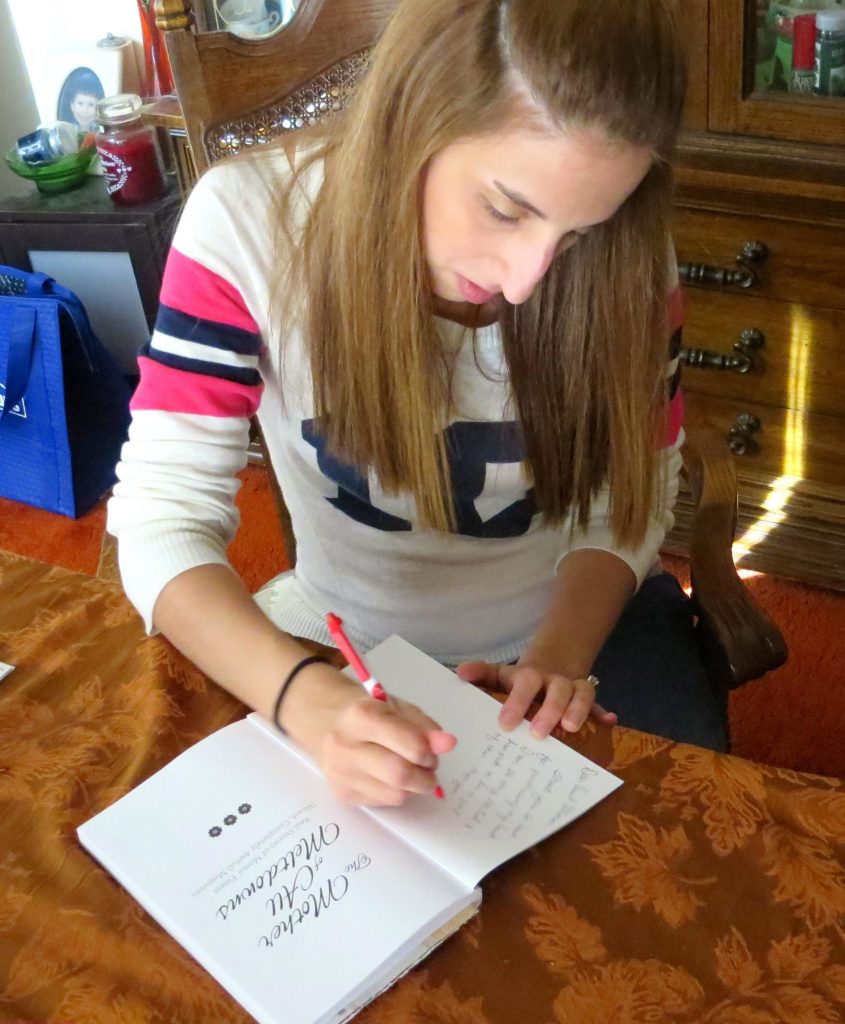 Never would have gotten as far as signing a copy of my own book contribution, if I didn’t believe in myself!

What occurred still sometimes amazes me to lead down the path of freelance writer, blogger and eventually blog/website designer.  I recently was asked by a prospective client to describe myself and how I became to indeed do what I do.  When I heard myself explaining my tale and the excitement in my voice when I did, I knew more then ever it was truly worth it and then some that I had become an entrepreneur.

But in hindsight, I did all this on very little funding or backing, but still somehow made a go of it.

Trust me not patting myself on the back, but still very glad I made this move to become an entrepreneur, but do wish I may have had more financial support and backing when I started my journey to be honest.

To that end, I recently learned of MUMZY™, which is the first and right now only viable crowdfunding platform for a mom wanting to become an entrepreneur.  it’s a fairly new platform that is gaining momentum, but again is still in its most infancy stages founded by Catherine Merritt, a MOM of two boys and never-ending idea-comer-upper. When she had her oldest son, Teddy, she had her first mom-inspired invention (and it was a great one!). But with a lack of resources and funding options, her idea never took off. It did, however, pave the path for MUMZY™ and here we are today!

You might be asking how MUMZY™ is unique or different from other crowdsourcing platforms out there.

Well for starters is was created as stated by a MOM and in addition to raising capital for projects, MUMZY™ is specifically for MOMS, which is an underserved category segment populated by some of the most innovative and inventive budding entrepreneurs.

Because motherhood really open the door to inspiration and ideas!

Plus the below statistics don’t lie: 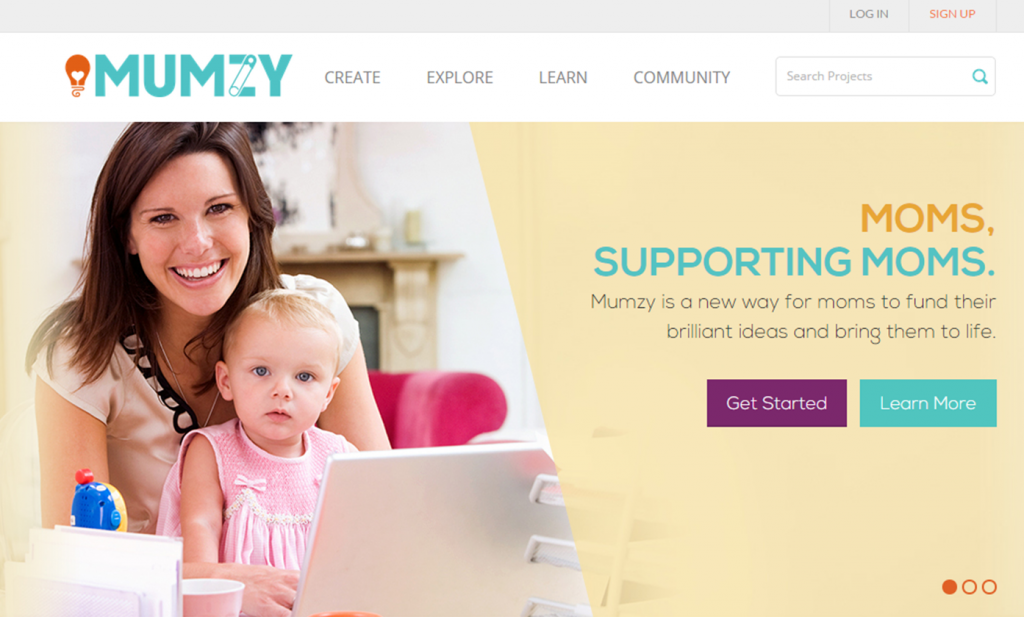 But are sleep-deprived moms really able to spend extra time coming up with new innovations to lead to becoming an entrepreneur ?

Women’s lives with babies, toddlers, children, are a world full of never-ending pains that they’re constantly trying to identify solves for.

If you don’t believe me, like I said above I am living, breathing proof of this.  I knew back when I lost my job, I needed to come up with a new way to make money, but honestly wanted to be able to stay home with my own kids while somehow doing this.

Did others think I was simply living a pipe dream when I first began?

Many didn’t think I could do this.  Trust me, I hit up against my own brick walls in many around me, who thought I was crazy.  I told many when they asked me, why I was doing what I was doing that I simply didn’t want to work just to pay for daycare and have another raise my own children.

Are my days crazy and hectic working from home and taking care of my girls though?

You bet there are, but still I honestly wouldn’t trade this in for all it is worth!

So are you a mom and thinking of becoming an entrepreneur wanting to get involved with MUMZY™?

Then, yes you will totally want to look into MUMZY™, because one of the biggest and greatest advantages I found when looking further into MUMZY™ is that they provide their community with project-specific resources to ensure once an idea has reached its funding goals, next steps are discussed and provided to keep the project momentum going. And whereas other crowdfunding sites often lack an overall sense of community, MUMZY™ looks to have a robust community where moms can pledge donations and offer suggestions and ideas to other peoples’ projects.

And right now, one of the first 100 people to post a project will have the opportunity to win $1,000 towards their project’s funding goal.

So what are you waiting for?  Now is the time to join MUMZY™ and get your award winning mom idea off the ground.  It takes literally two seconds to get your dream off the ground…

Join MUMZY™ today to become the next mom entrepreneur!

I was selected for this opportunity as a member