Disclosure: This shop has been compensated by Collective Bias, Inc. and its advertiser. All opinions are mine alone. #PilotYourHoliday #CollectiveBias

The turkey was barely finished before my kids were off and running writing letters to Santa.  No joke, my kids decided to get an early start.

See they actually met Santa only the week before while on vacation at Walt Disney World, when we attended Mickey’s Very Merry Christmas Party. 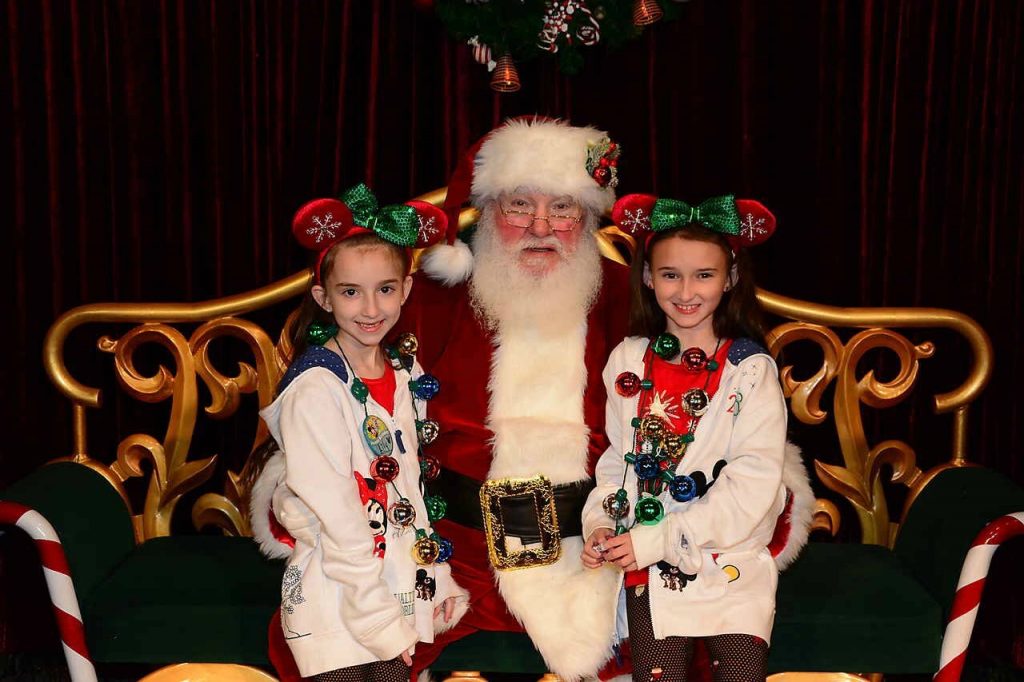 So, they had an idea of what they were going to officially write him.

But still, they changed their minds about a dozen times in the next few days while composing their annual letters to Santa.

Both my girls are at an age where they no longer only are using pencils when writing. See they now also love using pens, gel pens, and even markers.

#ad Writing letters to Santa soon? Then, learn about a fun way to do so, get a FREE Printable Santa Letter and 15% OFF at @Target now! Click to Tweet

But all of these writing instruments usually mean that they are limited in mistakes or changing their minds. If mistakes are indeed made of if they change their mind, they will need to cross out or start anew with standard pens and markers.

However, we found a way around this. See this mom shops often enough at our local Target. So, Black Friday weekend I found Pilot FriXion® Pens. 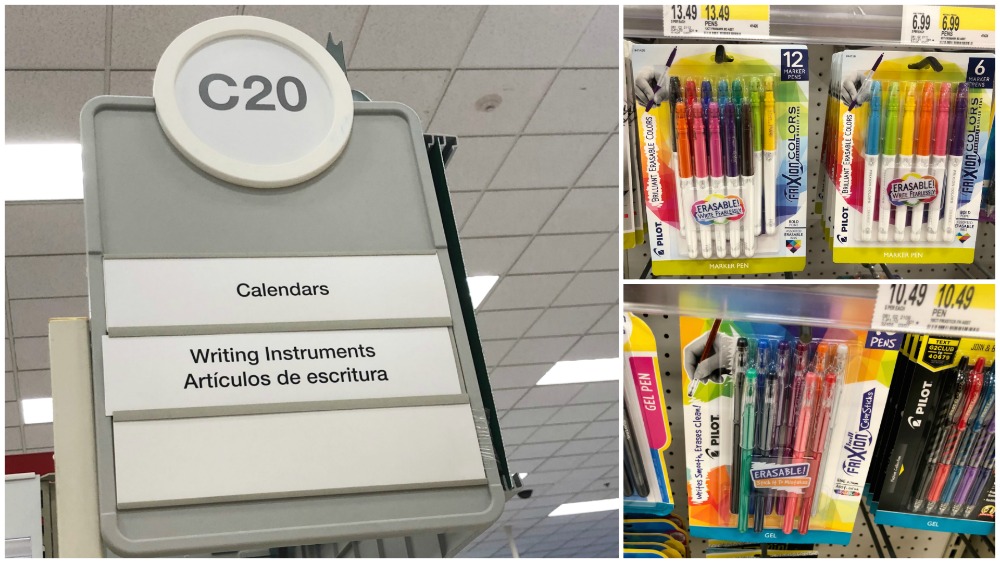 See Pilot FriXion® Pens are the perfect pens for all those pen and marker lovers out there, especially the youngest of users. Bonus, see the image below, you can get Pilot FriXion® Pens simply by hovering, clicking, and shopping them here. Plus, get 15% OFF any FriXion Erasable Pen using the Pilot FriXion Pen Cartwheel Offer from 11/30-12/31 at Target!

First and foremost, Pilot FriXion® Pens write smoothly with their gel ink. But get this; they also erase. Because FriXion® pens and/or markers are the only ones that give all the power of countless do-overs. Seriously these pens and markers are ingenious! Therefore, my own kids could write, erase and re-write until their ideas are just right.

We especially love FriXion® Color Sticks and Color Marker Pens. See once again, my girls are huge gel pen and marker fans. However, this mom isn’t a fan of those when they usually can’t be erased. So, FriXion® is the perfect win-win combination for my girls and for me, too!

An added bonus, we had some go old-fashioned fun with the FriXion® Color Sticks and Color Marker Pens.

How did we have fun?

See I am the mom who loves using Photoshop to create fun printable ideas. For the girls’ Santa letters, I designed a new printable Santa letter.

The girls used this printable letter to write and craft their own Santa Letters. They were able to erase as much as needed. But still had fun being creative and colorful with their letters. 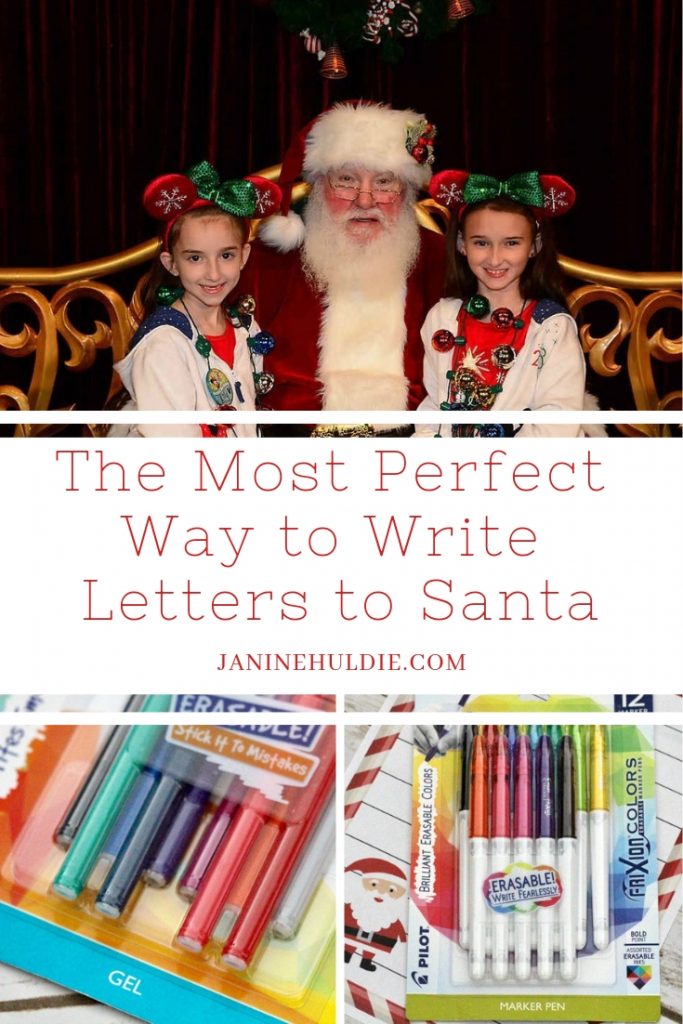 The letters were all written. I told the kids to go play for a little bit. And play they did. 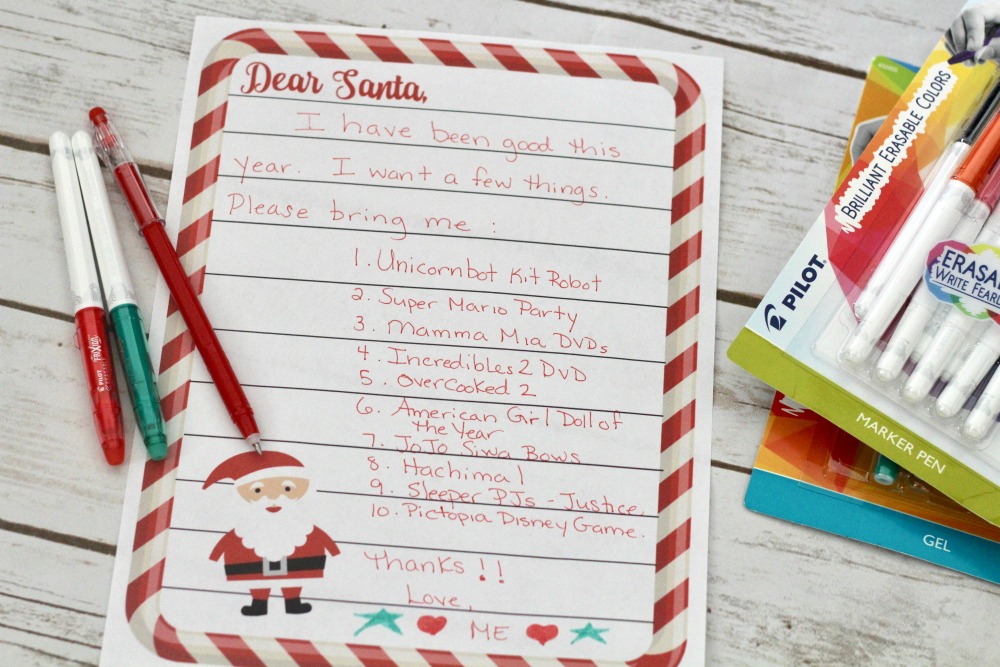 While the kids were playing, dear old mom wrote a quick message back to them from Santa.

Of course, they didn’t know that I wrote back. But still wrote I did and erased my message quickly. So, my message was erased from existence or so one might think.

Yet, here is where the most fun of all came into play!

Then, we microwaved the letters for 5 minutes.

The ink disappeared and sent their message directly to Santa.

But wait, there is more!

Then, I casually mentioned to my girls that if they put the original letter in the freezer overnight their message would re-appear and Santa may also respond. In the morning, they just had to find “Santa’s return message” in their original letter. 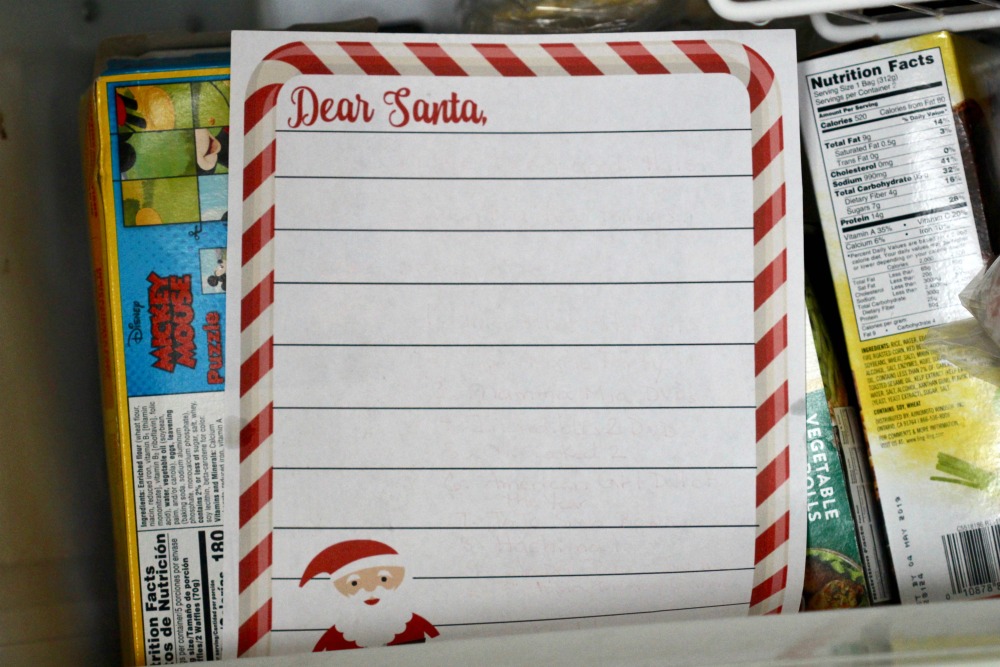 My girls were overjoyed to awake to this wondrous sight. So much fun as all their original words reappeared along with the secretly coded Jolly Old Saint Nick’s response back from the chilly “North Pole” in our very own freezer.

It is a miracle and the original letter plus message reappears after freezing it!

Therefore, Pilot FriXion® is truly the perfect writing instrument for Santa letters mixed with an extra bit of magic, too!

See this adorable video from Pilot to learn more on this technique below:

How about it? Are your kids writing their Santa Letters?

Then, click to get started on your Santa letters below to download my FREE Santa Printable Letter.

Because Pilot FriXion pens and my printable Santa Letter together are the perfect match to write all those Santa Letters.