The fat lady has almost sang her last chorus for 2014 for The Princesses and actually all of us!

All-in-all 2014, was a pretty good year for all of us – The Princesses included.

Although right now, (this week not so much for me) I was supposed to be taking time off to enjoy the girl’s time off, but I find myself a bit under the weather (yup, number one reason why I hope the winter goes quickly now).

Mainly, I have been running off and on a low grade fever, a bit achy and a sore throat – finally today my throat seems to be a bit better and fever gone, but still not a 100% with the achy and tiredness.  So, if I am not as quick to respond to you here or on the ball as much, you will know why.  I have even been struggling to stay awake at night past 10pm and the last two mornings have stayed in bed past 9 am (which I never do).  So, again apologize in advance, but I am seriously trying my best to fight off whatever this virus I seem to have gotten. 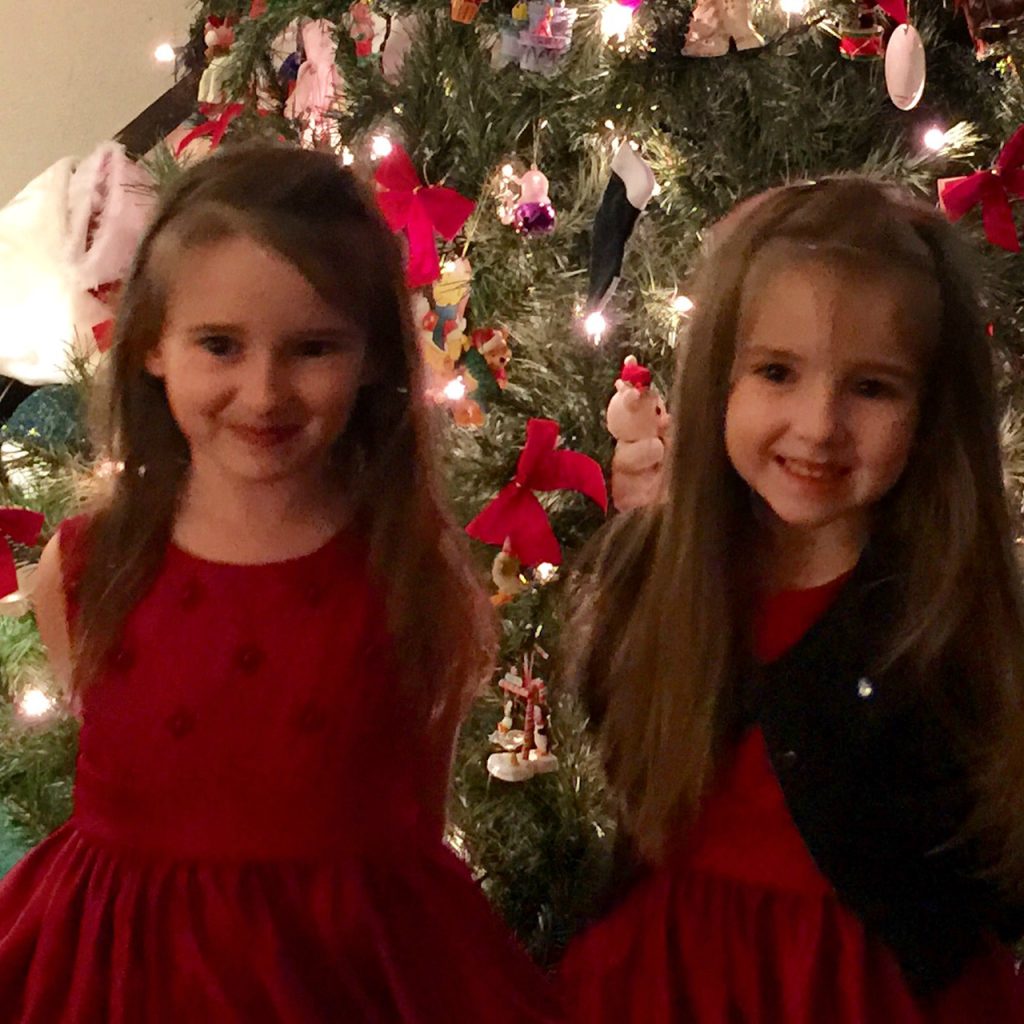 However back to reality and as I was just saying a few days ago that I am quite in shock how quickly this whole year actually went from start to finish. I feel like it was just January 1st, 2014 and blinked only to find that it is just about a year later, where the 2015 ball in Times Square will be dropping once again to signify the beginning of yet another year.

Last year, I clearly remember watching Billy Joel usher in 2014 at MSG in NYC and wishing that I would get to see him in concert again. He added concert after concert date this year, but couldn’t justify spending the money on a ticket on him as yes I saw him in the past and had other more pressing things to spend my extra money on unfortunately. But then Christmas Day 2014, I got a wonderful surprise from my brother, who gifted me with a ticket to Billy Joel’s record breaking show performance concert date (January 9th, 2015) at MSG. That is right, I am getting to see the Piano Man once again (great and perfect way to start 2015 off on the right foot in my opinion – hopefully illness free, too) with my brother. So, 2015 already is “Just a Fantasy” waiting to come true here.

But, still it is technically 2014 and since this blog began, back almost 3 years ago, thanks in huge part to my girls (aka The Princesses), what better way to ring out the old with a bit of a recap all things princesses from these two (plus after their short recap, stay on for the last Wonderful Wednesday Blog Hop of 2014)..

Princesses Wrap Up 2014 in Style

The Princesses 2014 Year in Review

The beginning of 2014 found the Princesses in the deep freeze with the Polar Vortex and Snowmageddon 2014, where Lily decided to make a simple car ride home from school into her own comedy hour here (Jim Gaffigan has nothing on our little comedian!).

Smiling Lily in the Car

This was the month that Princess Emma decided to give herself her very own first at home haircut!  To say, I saw the color red on this one would be an understatement, but still quite a lesson our princess learned here, as well as Queen Mommy, too! 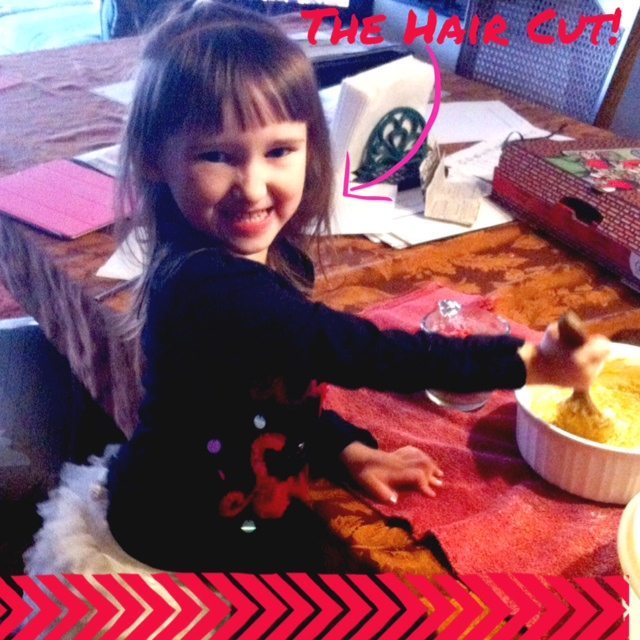 The Haircut and Princess Emma!

Princess Emma’s haircut was still pretty fresh, but yet she was about to embark on a new chapter in her young life, when it was time to finally register her for Kindergarten, where Queen Mommy had all sorts of emotions to sort there, here. 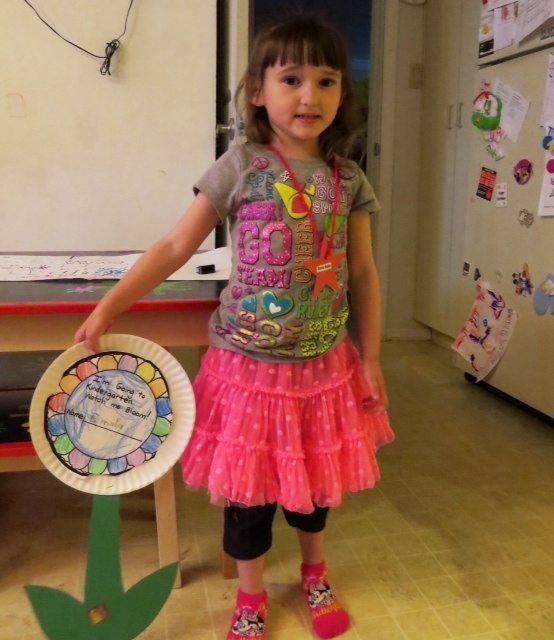 The Princesses began to see the light of day with Easter and Peeps donuts with this tale finding Queen Mommy tackling Dunkin Donuts all for a few good Peeps here! 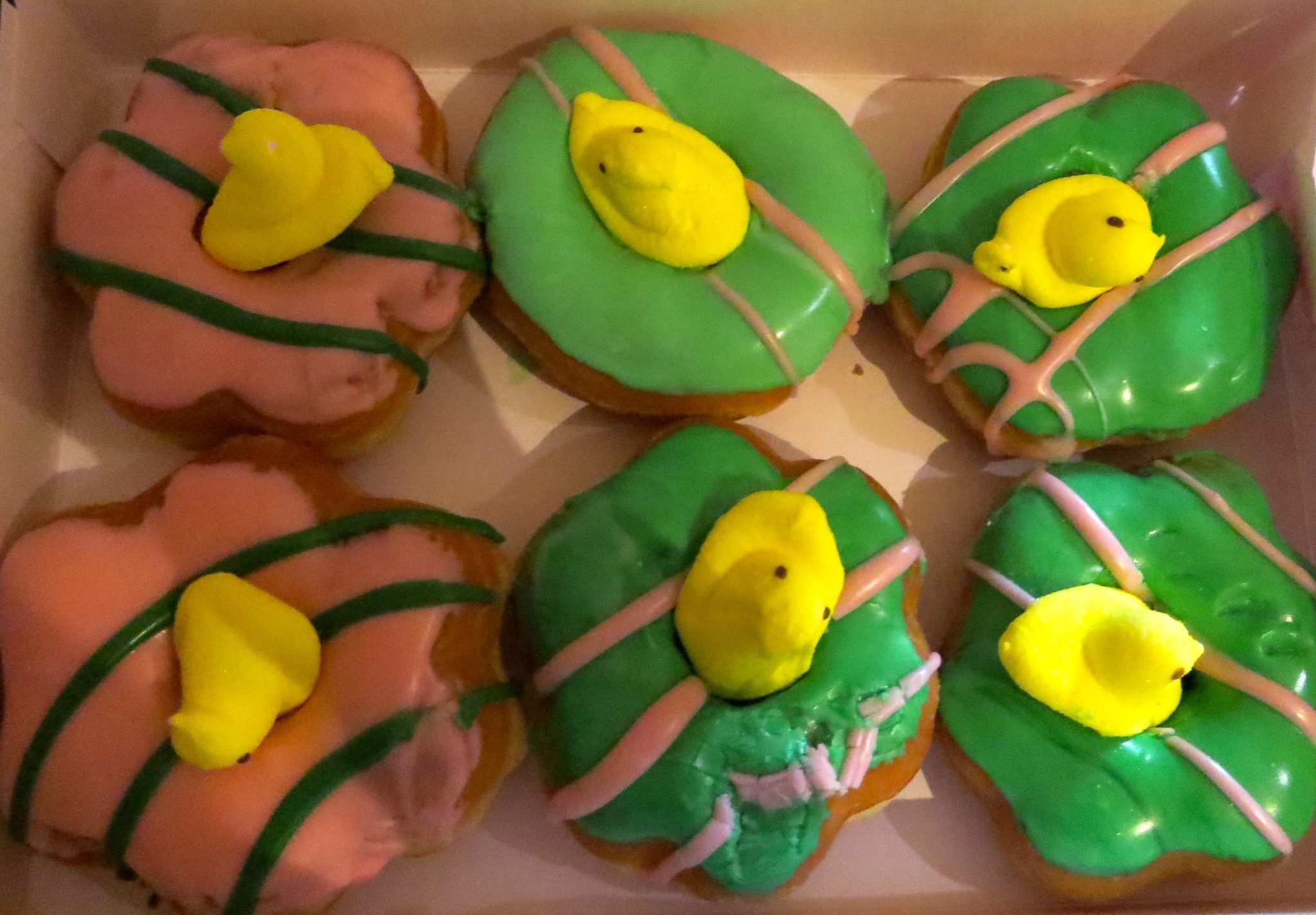 Was a busy month for The Princesses starting with a Frozen Saturday morning breakfast experience, the first real warm (park day) of the year, Mother’s Day and even a school show performance from Princess Lily, too!! 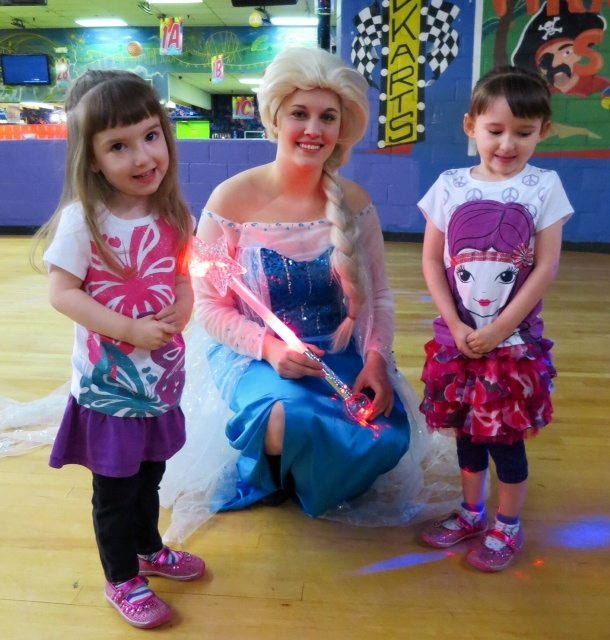 Finally The Sun and Warmth again!! 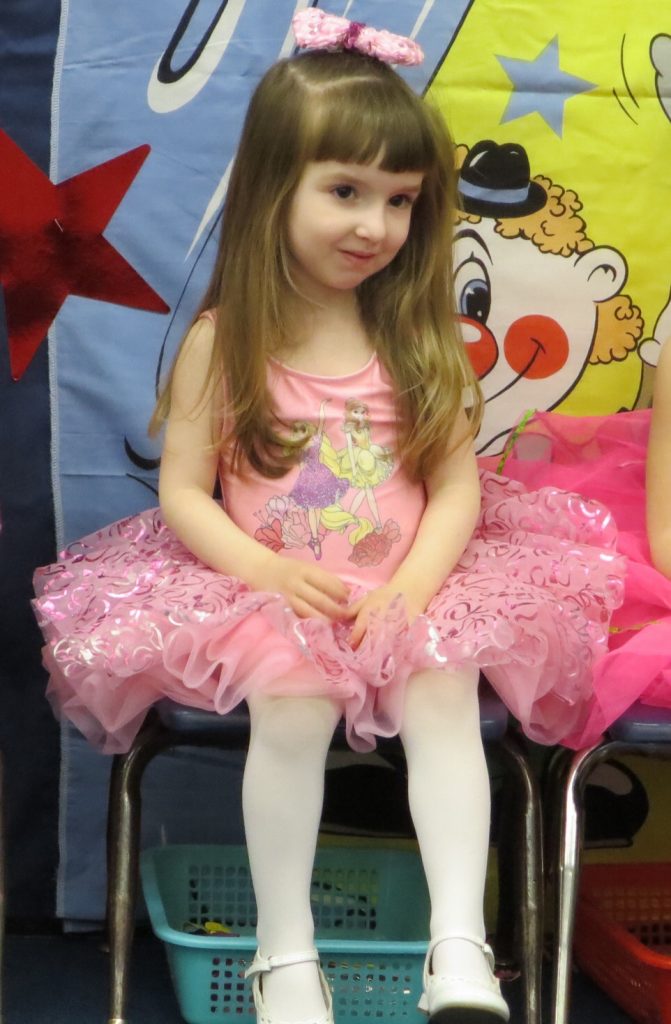 This month began with a bang with Princess Lily ‘Calling Bullshit‘, as well as a Let It Go Elsa style moment when we got our puppy that the girls appropriately named Elsa, too! 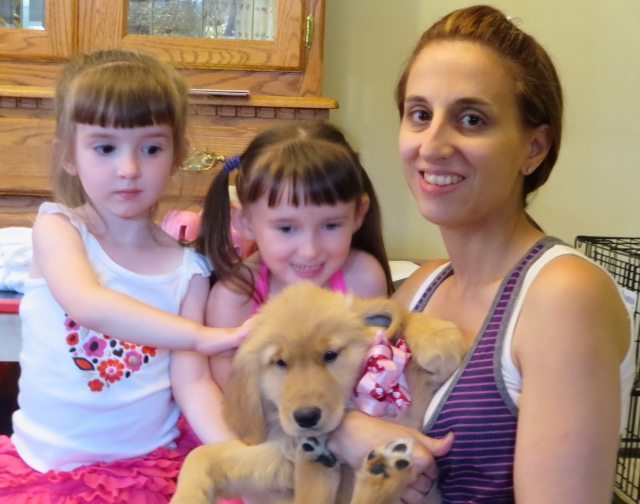 Introducing Elsa (the puppy, not the Princess/Queen!)

Princess Emma finally turned 5 with a Birthday Party bash, as well her first NYC trip to the American Girl Doll Store in the month of July! 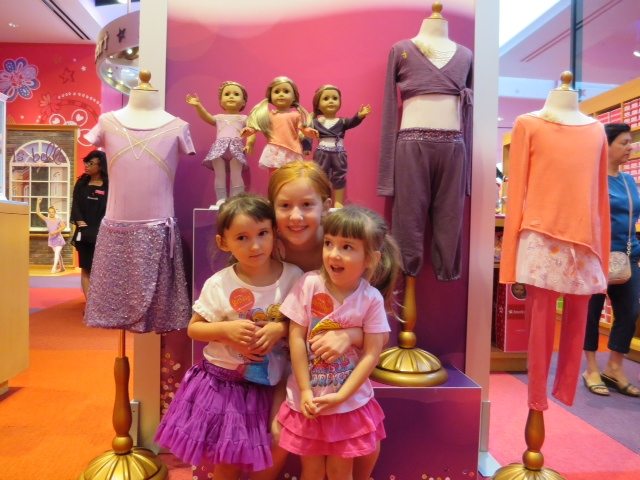 The dog days of summer had the princesses’ puppy getting spaded and a bit of puppy related humor, here. 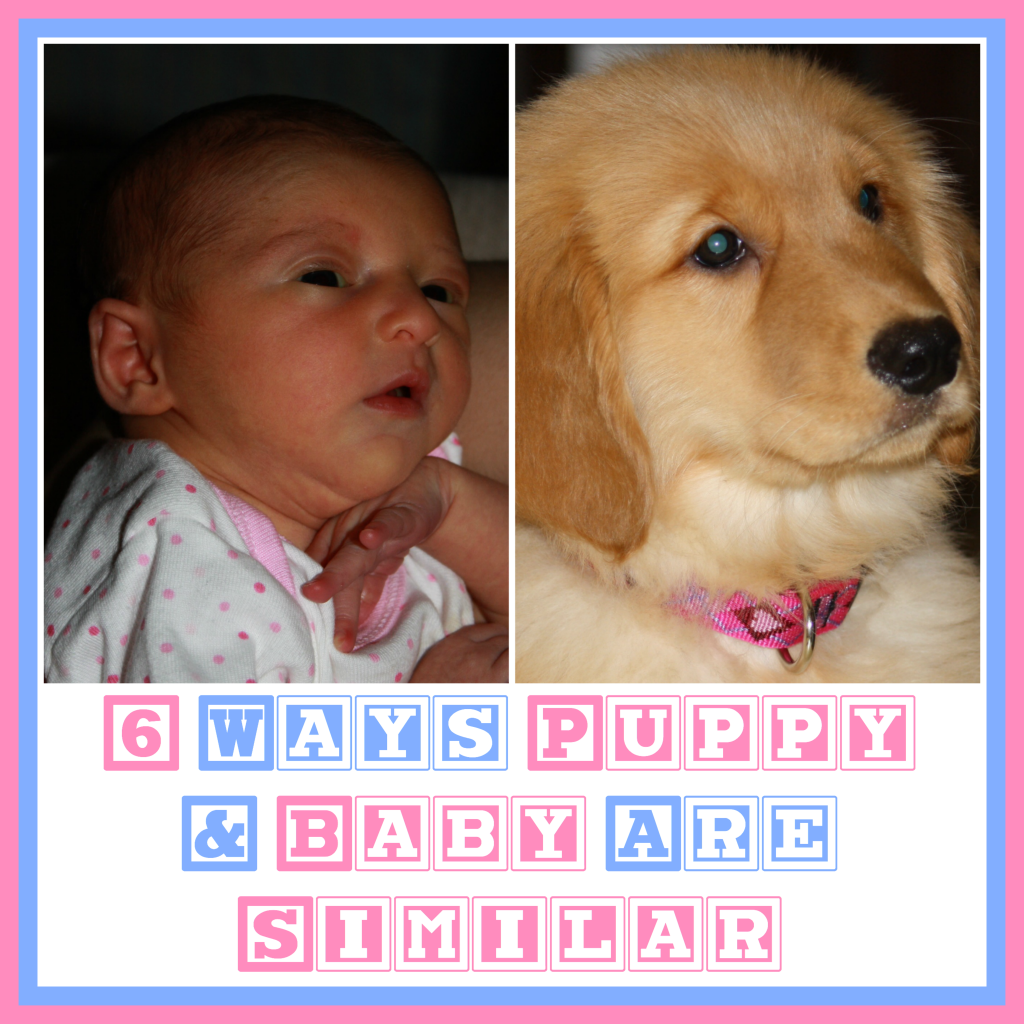 Puppy Humor at Its Finest!

Started with Queen Mommy Forgetting Kindergarten orientation and finally seeing Princess Emma to a successful start in Kindergarten in spite of this forgetful behavior! 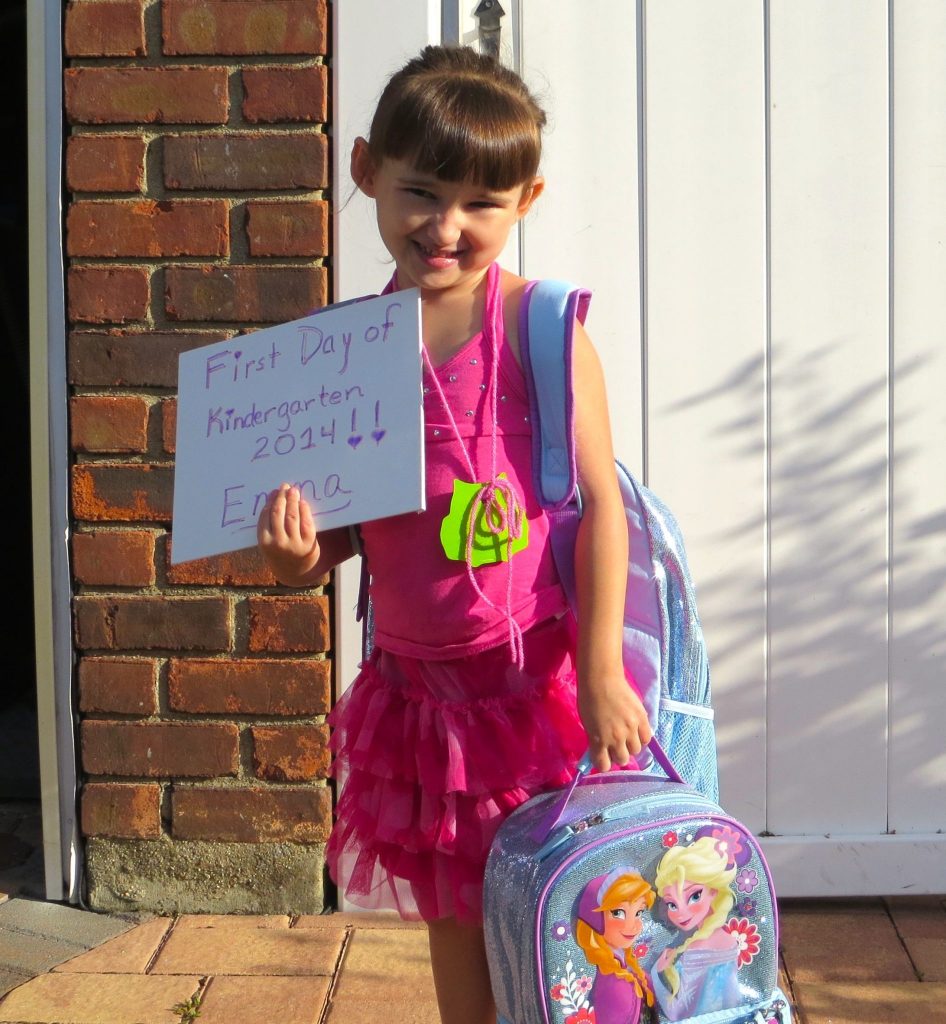 Princess Emma decided to showcase her artwork on our white walls of all places, as well as both princesses celebrating an Elsa/Frozen worthy Halloween in October. 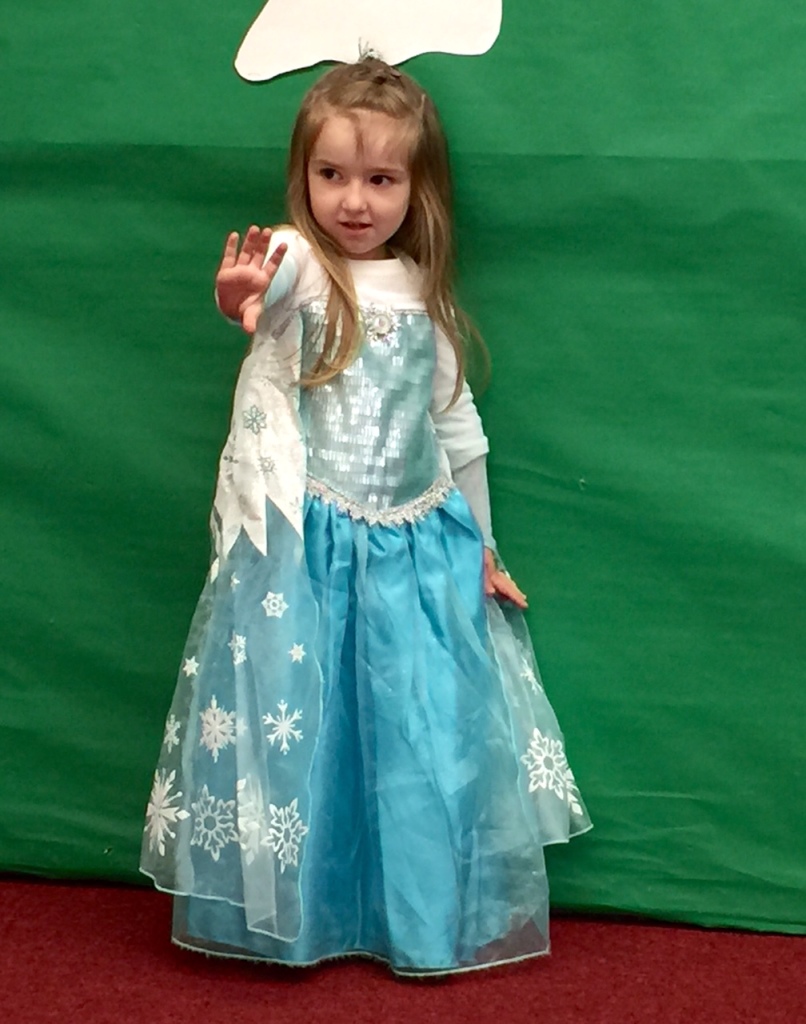 More Frozen escapes with a Disney Frozen on Ice evening outing for the Princesses, Emma’s Kindergarten Star Day, plus Princess Lily’s 4th birthday party rounded out the month of November for these two! 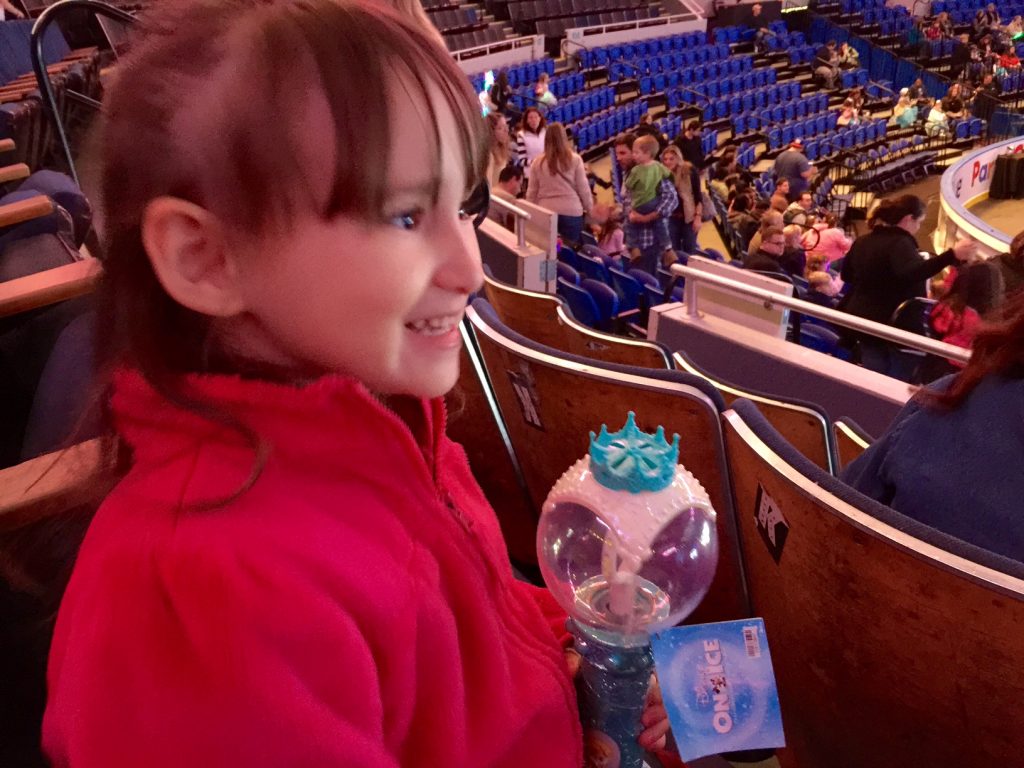 Nothing better then Frozen on Ice!

Christmas time was in full swing for the Princesses, especially for Princess Lily, who brought a whole new, fresh layer of hell for Queen Mommy with Rudolf Stamps! 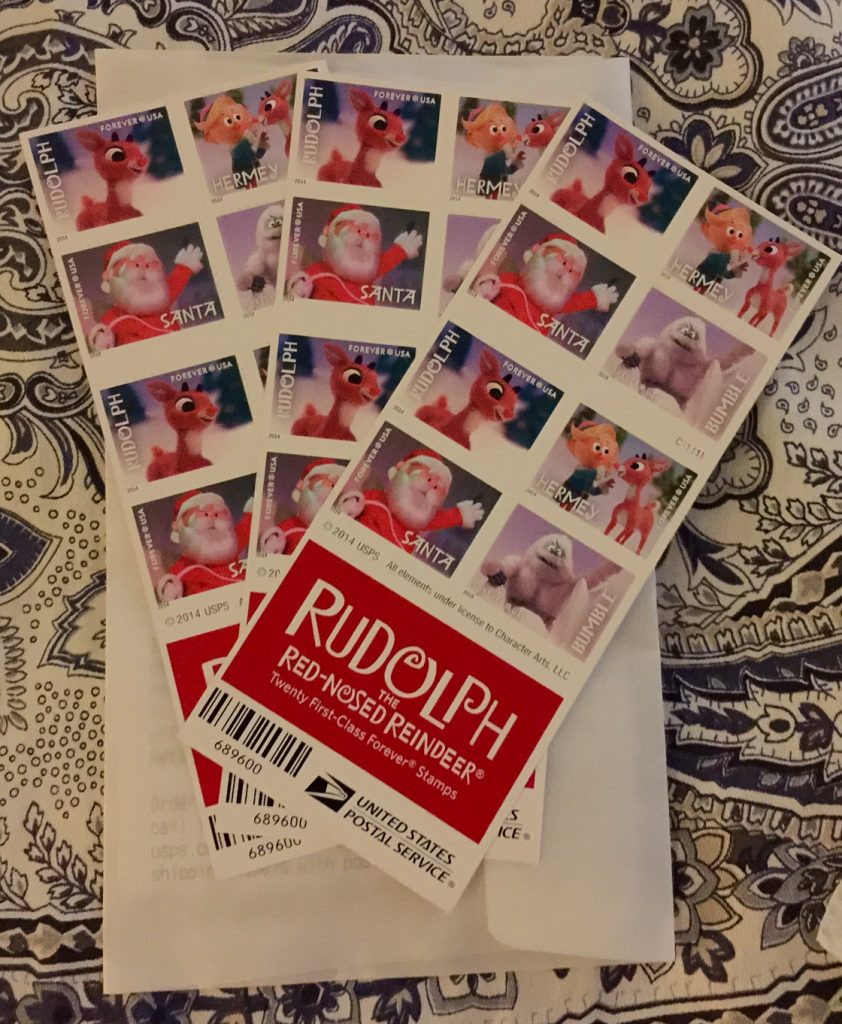 And onto the last Wonderful Wednesday Blog Hop for 2014!!! 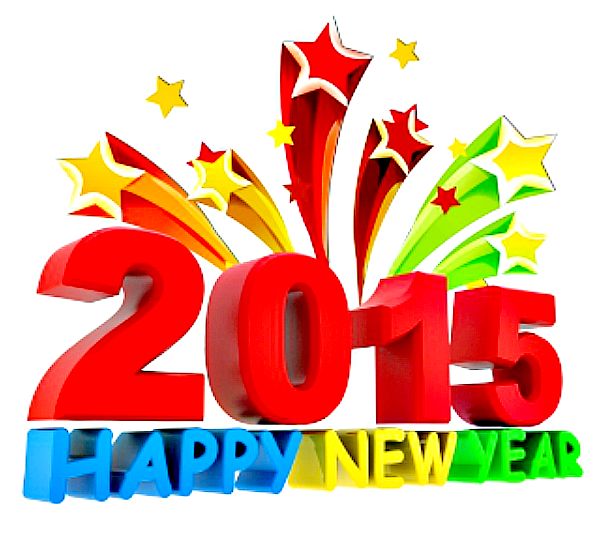 Thank you for ringing in the New Year with us!
Welcome to the final Wonderful Wednesday Blog Hop of 2014!
When we last partied together,  you shared 421 awesome posts with us. The most viewed was hugely popular with 23 views.  It was Diane’s slow cooker green bean casserole! She has found a way to free up space in our ovens by preparing this delicious dish in a slow cooker, instead! Diane is a GENIUS! Now, everybody, go to her post and pin this so you have the recipe for your next big dinner party.
Most Viewed 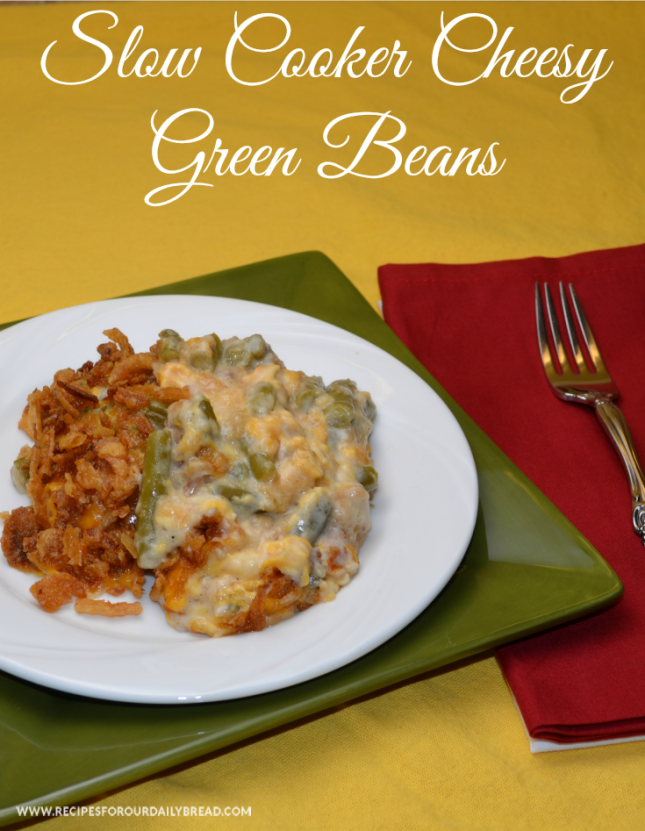 Peppermint Shortbread Cookies from A Sprinkle Of This and That

You LOVED These Too… Tweet It and It Will Grow!
Final Wonderful Wednesday Blog Hop of 2014-hosted by 11 blogs-is open now! #bloghop @SineaPies 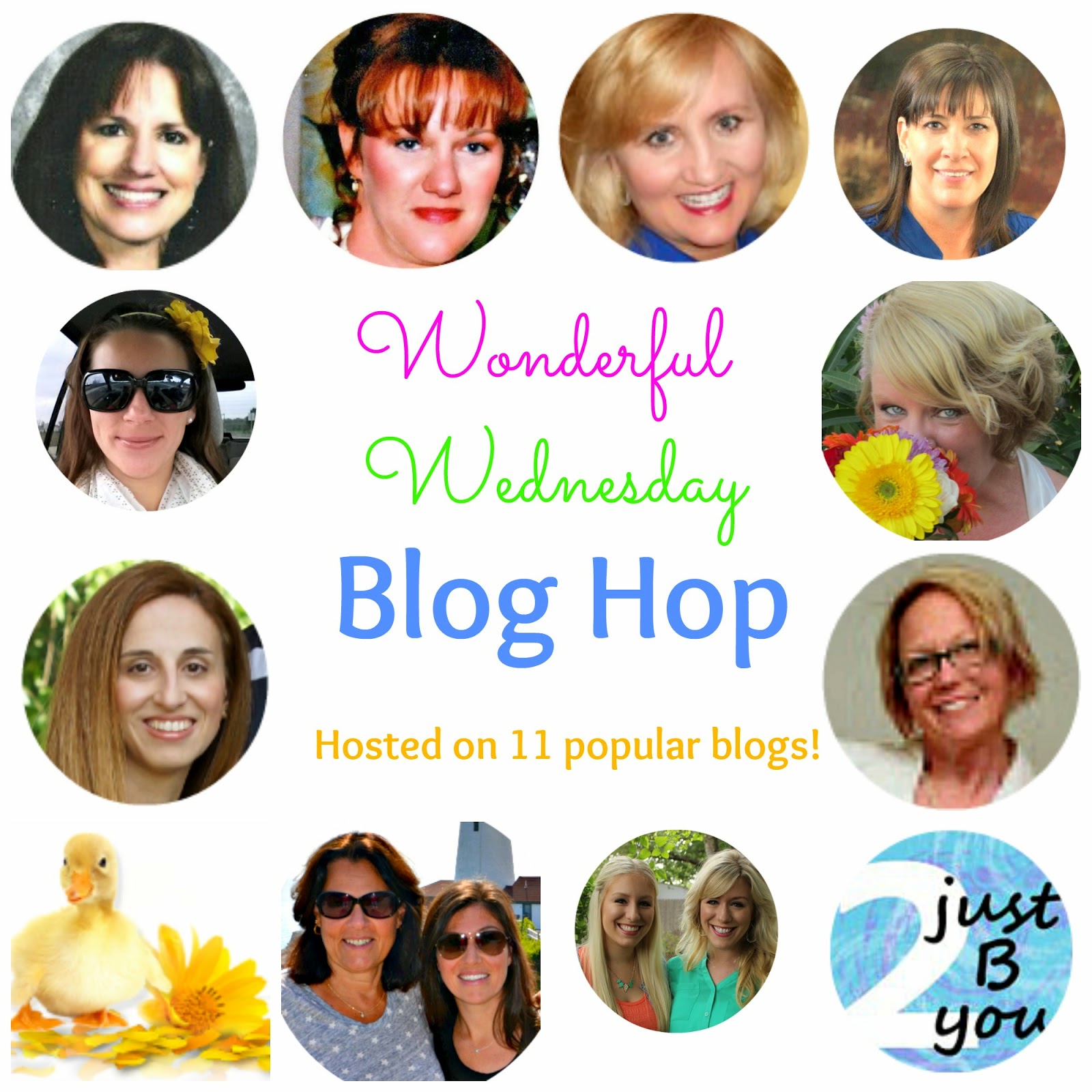