From Sunday afternoon on, I couldn’t go anywhere in my town or even scroll through my Facebook feed on my phone without be reminded that “Juno”, the snow storm to end all storms for something like 200 years for the Northeast, was approaching.

As always, grocery shopping was a real treat as it is each and every time I have gone shopping as a storm is predicted (trust me if I didn’t normally go shopping this time of the week, I would have stayed far away). 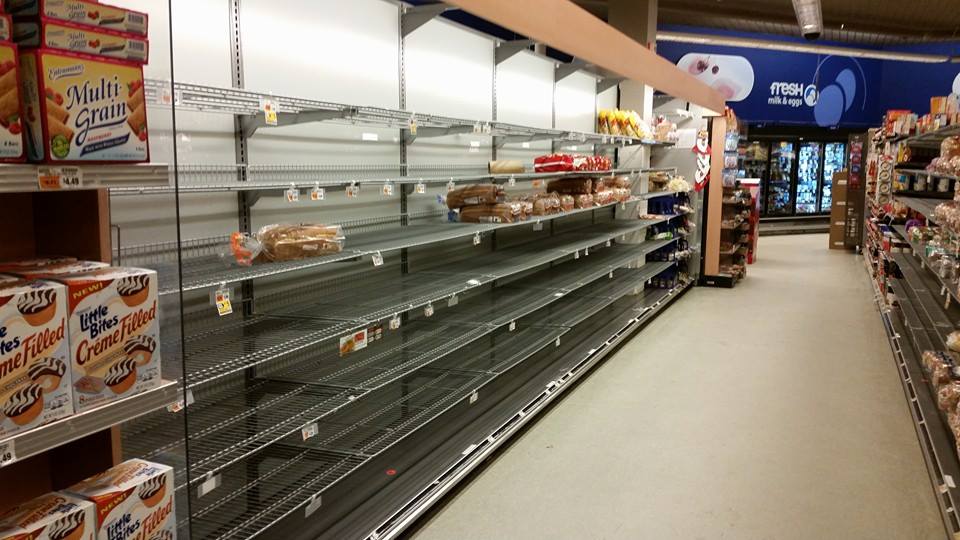 Someone is making a lot of French Toast!

My dairy man said it best about the constant disappearance of bread, eggs and milk with each of these storms by declaring, “Looks like everyone will be waiting out the storm eating their fair share of French Toast!”

Valid point and not going to lie at least I got a comedy routine with my weekly shopping.

However, you got to question and wonder, why each time a storm approaches here in NY, that it is as if the world is coming to an end with armageddon in a stone’s throw reach.

Trust me it isn’t and we will get through, we do each each time and the plows do their job.

We survive.  We always do.

But is it a pain in the ass?

Most know I hate the snow and whine fiercely when the temperature dips below 50 degrees.  So yes, I have definitely done my fair share of snow and cold weather grumbling in real life and on my blog, like here.

Not going to lie, probably why I booked Disney in the scorching hot as hell month of August.  Many have told me, it is going to be hot.  Trust me, I wasn’t born yesterday and did 100% realize this, when I hit the submit button for my Disney trip order.

I say bring on the heat!  But still, as I sat hunkered down for Juno, which by the way the weather forecasters overshot by about a foot more of snow.

Then again once you are at 2 feet, would another foot make much of a difference?

I do believe we will not be seeing this snow melt and thaw out until April at the rate we are going with more expected today and on Sunday here, as well.

Still, during the storm of the century, I began to think (I had plenty of time to do so) of the things and places I would rather be doing then sitting in wait with my kids bouncing off the walls being stuck indoors for over 24 hours (trust me the inmates were very much restless here).

Yet, as pretty as snow falling outside my window was, still I was done after the first few inches (Spring where for art thou are you??). 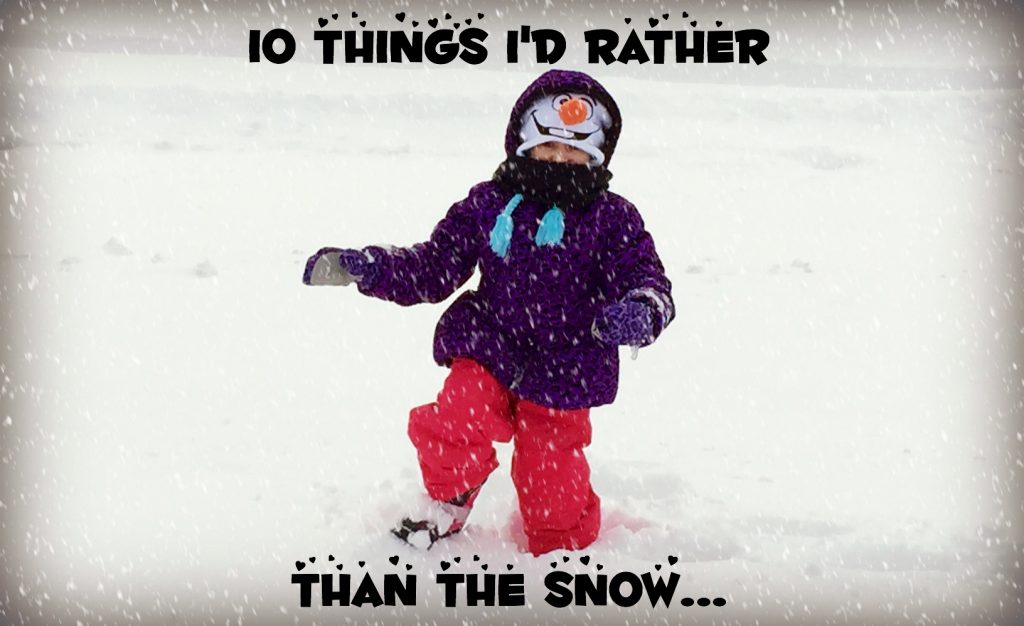 1.  Lay out in the scorching hot, summer sun frying with like Kramer in the Butter Shave classic episode of Seinfeld for a whole day without sunscreen (As I said I do like the heat!).

2.  Get a gum treatment, root canal and more in one dental visit (Not a fan of the dentist, but who is?).

3.  Go through labor again unaided by an epidural and deal with the ring of fire again (Do you feel the burn?).

4.  Listen to a Hansen CD on repeat all day long without ear plugs (All Day MMMBop).

5.  Watch the Jersey Shore, The Real Housewives of (any town will do) or any poorly made reality show for 24 hours straight without a break (Snooki, The Situation and gang for non-stop guido glory viewing pleasure).

6.  Read the Twilight Series and follow it up with The Fundamentals of Scientology for good measure with John Travolta and Tom Cruise taking turns reading me this book.

7.  Vacation with The Griswalds dealing with more catastrophes then I could even list (You have to be living under a rock not to know the extent of this).

8.  Go to a Miley Cyrus (Circa Hannah Montana days) concert sitting next to Billy Ray Cyrus the whole damn time playing up how wonderful his baby girl is.

9.  Sit through an encore performance of Godfather III, which just happened to be the worst movie in the Godfather trilogy (Just saying!).

10.  Being stuck on a dessert island with the cast of Gilligan’s Island (OK, I never liked that show!).

On second thought I think this list cured me, as I would actually rather deal with snow and cold temperatures for the rest of the winter then any of the above!

So the next time you complain about the snow, just remember this list – as it could always be worst! 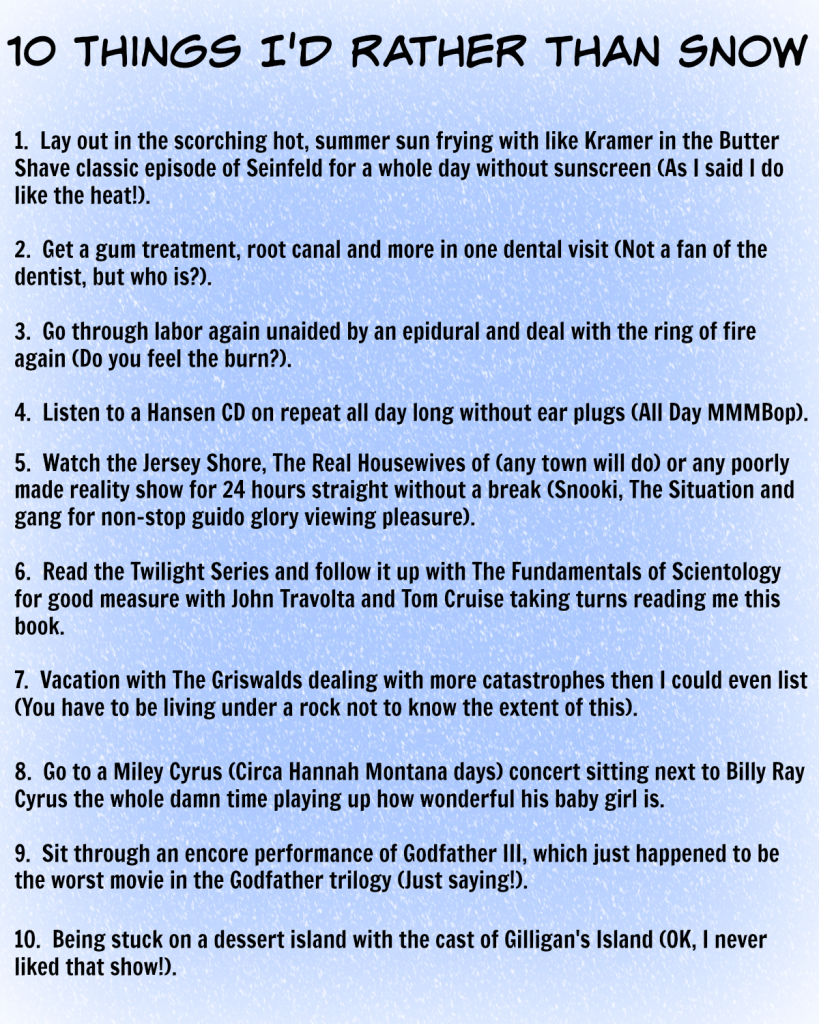