It is absolutely downright cold here in NY to start this third week off in May, as a cold wind and rain came in on late Saturday evening cooling it down to almost late winter like temperatures, plus wind, too.

But still summer and nicer weather has tried to show it’s face here a few times so far and I believe sooner or later it will come and stay for a bit (fingers crossed).

Looking for summer or beach reading suggestions? Check out these 5 books. #goodreads

That said, I am using this space and time to share a few of my more recent Goodreads’ that I have recently read (mostly chick lit and mystery/thrillers) to hopefully give some lazy day great summer, beach reading offerings for all who are also looking forward to summer and beach days, too now.

*I am including NetGalley reads and will state so which ones are before those reviews.

1. All the Missing Girls by Miranda Megan

*I received an ARC from Net Galley, but all opinions here are my own.

Ten years later and Nicolette Farrell returns home to try and help tie up loose ends with her childhood home as her father is now in a home for having pretty much lost his mind.

However in the 10 years previous, Nic’s best friend Corinne went missing and a murder case was opened with all in Nic’s life being suspect, including her brother, father, ex-boyfriend and more.

But now, in the two days she has been home, Annalise Carter, who was actually recently dating Nic’s ex (Tyler) also goes missing.

So not only has one missing girl case gone unsolved for over 10 years, but now a new one is added to the mix. Once again, all the usual suspects are thought to have possible involvement.

So, we are treated to a turbulent ride told backwards from Day 15 to Day 1 before actually finding out the truth behind both girls disappearances.

I was skeptical about the story being told I reverse, but it seriously worked. I truly didn’t see the end coming and was sideswiped by the actual culprit and the reasoning behind it. I have heard the comparisons to Gone Girl, but honestly I didn’t feel like the same tale at all and this story most definitely stood on its own merit. For that and more had to give it 5 stars. 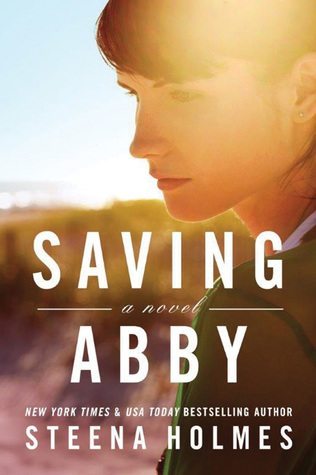 *I also received ARC of this from Net Galley and just can’t thank them enough for that.

Should be noted that I have been a Steena Holmes fan for a few years since first reading Finding Emma.  So, was excited to read her latest book offering.

At the beginning of the story, Claire and Josh Turner are traveling and have all but given up the idea of having a child of their own.

But fate has a way of intervening and when the couple returns home from their adventures, Claire finds out she is indeed pregnant. However, their excitement is short-lived as Claire is extremely tired and also experiencing very debilitating headaches.

The doctors are hopeful that it is just from the pregnancy, but soon they find out that isn’t just the pregnancy causing these headaches, but a brain tumor.

Now, during a time where the couple should be enjoying the impending birth of their first child, they are both living a nightmare, where they may soon have to decide between saving Claire’ life and ending their baby’s short-lived life or even let Claire continue the pregnancy as planned and lose her life in the process.

This book truly had me so very emotional as it unfolded and as a mom was truly torn with Claire’s decision. By the way, I have also read other books in the past from this author and once again her writing didn’t disappoint. So, yes I would recommend this tragic, yet highly emotional tale to those who were contemplating. 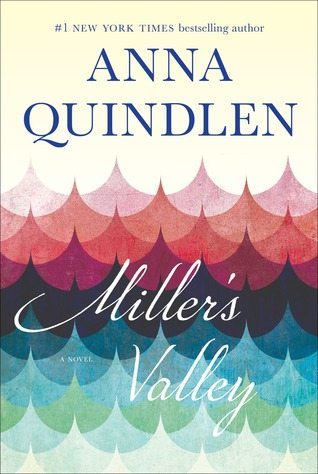 I honestly just happened upon Miller’s Valley at a recent trip to my local Barnes and Nobles as it was one of their picks for newer novels.

I couldn’t resist and glad I didn’t as I devoured Anna Quindlen’s novel in less than 2 days time.

As the story opens, it is told in third person by Mary Margaret (Mimi) Miller apparently years in the future from the 1960s starting point, where Mimi is an innocent pre-teen, who takes us on her own world win ride through these formative years of her family life.

We experience it all through her young girl’s eyes as she begins to slowly, but surely come into her own and grows up literally before our very own eyes by dealing with her first love, the gradual demise of her family, as well as her childhood life as she knew it.

As I read, I truly couldn’t help feeling all sorts of emotions for all the life altering changes that Mimi experiences as the book and years do unfold.

This book, in my humble opinion, is honestly fraught with many life lessons that most could relate to and yet a unique story nonetheless that makes for a compelling and poignant tale to be read.

4. The Girl in the Red Coat by Kate Hamer 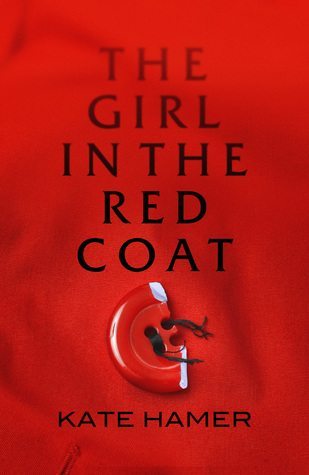 I was also equally drawn to this book on a recent Barnes and Noble visit from the cover and description. However, I was expecting a sensational thriller from the description, but got more of an emotional rollercoaster as this is much more of a mother-daughter connection at the heart of it.

Beth and her daughter, Carmel visit a local fair, where this mom’s worst fears are realized when her girl goes missing.

Over and over, Beth blames herself, while in reality Carmel has been kidnapped and abducted by a man claiming to be her grandfather. He lies to Carmel telling that her mother has been in a terrible accident. However, this man is most definitely deluded and definitely not any relation to her and even gets this young girl at only the age of 8 involved in religious and cult-like behavior, where he believes that she can heal the sick and ailing so that he can benefit and make money off of her.

It is a bit of a strange and twisted tale that was told with chapters going back and forth between the mother, who lost her world with her daughter’s abduction, as well as through the eyes of the young daughter, who also feels as though her world has ceased now that her mother is gone.

Somehow both this mother and daughter duo do manage to survive for over 5 years that this book spans this unthinkable act that befell them.

While I did enjoy this book overall, I still felt at times that the story was a bit muddled and even slightly missing a beat, so therefore even though I’d still recommend would say that it is definitely not a nail-biting thriller that keeps you on the edge of our seat by any means, but still a story worth checking out. 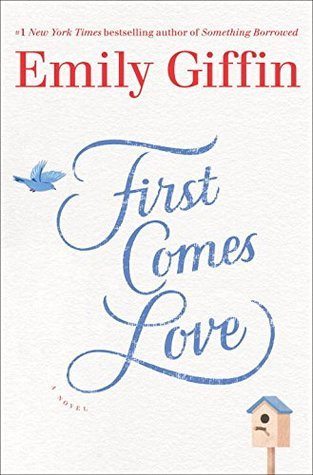 *Also a NetGalley read and big thanks to them for supplying me with an ARC.

What can I say, but that I have been a huge fan of Emily Giffin and her writing for years having read most of her earlier novels, including Something Borrowed, Something Blue, Love the One You’re With and so many more.

So, I was excited to see that she had a brand new novel being released this year and couldn’t wait to read, as well as that it was available for early reading/reviewing on NetGalley.

First Comes Love is another hit in my eyes by her and was able to read in less than 2 days time.

The main story revolves around the Garland family, who lost their oldest child, Daniel, 15 years earlier and the aftermath for their family unit, especially Daniel’s two remaining siblings (sisters), Meredith and Josie.

To say these two women are like oil and vinegar, would be an understatement as they truly are as different as night and day and are sisters that hardly ever see eye-to-eye with Josie being more of a free spirit and Meredith being the model daughter with the perfect life to the outside eyes.

But as the anniversary of Daniel’s death nears, these two sisters lives are still in emotional upheaval so many years later and the past has a way of rearing its ugly head still for them.

As different as these two sisters are they are still family and as the story unfolds this reader hoped that they could find some common ground, a bit of understanding for each other, as well as some peace in their lives after all these years after losing their brother.

Without giving too much of the actual story away here, the one thing that I will share is that while I could see both points of view for these ladies, I tended to feel more empathy for Josie than for Meredith as she just seemed to be the more likable all-around, while Meredith was more closed off and even very critical of not only her sister, but her husband and family in general. Other reviews, i read even went so far to say they just didn’t like her character at all, but not sure if I disliked her or just couldn’t relate to her. In the end, I did soften to Meredith, but still she clearly wasn’t one of my favorite characters.

Overall, Love Comes First is most definitely a worthy beach/summer read and highly recommend for all Giffin fans, as well as those who are women’s/chick-lit genre readers, too. By the way, it also now one of my own favorites by Emily Giffin, as well. 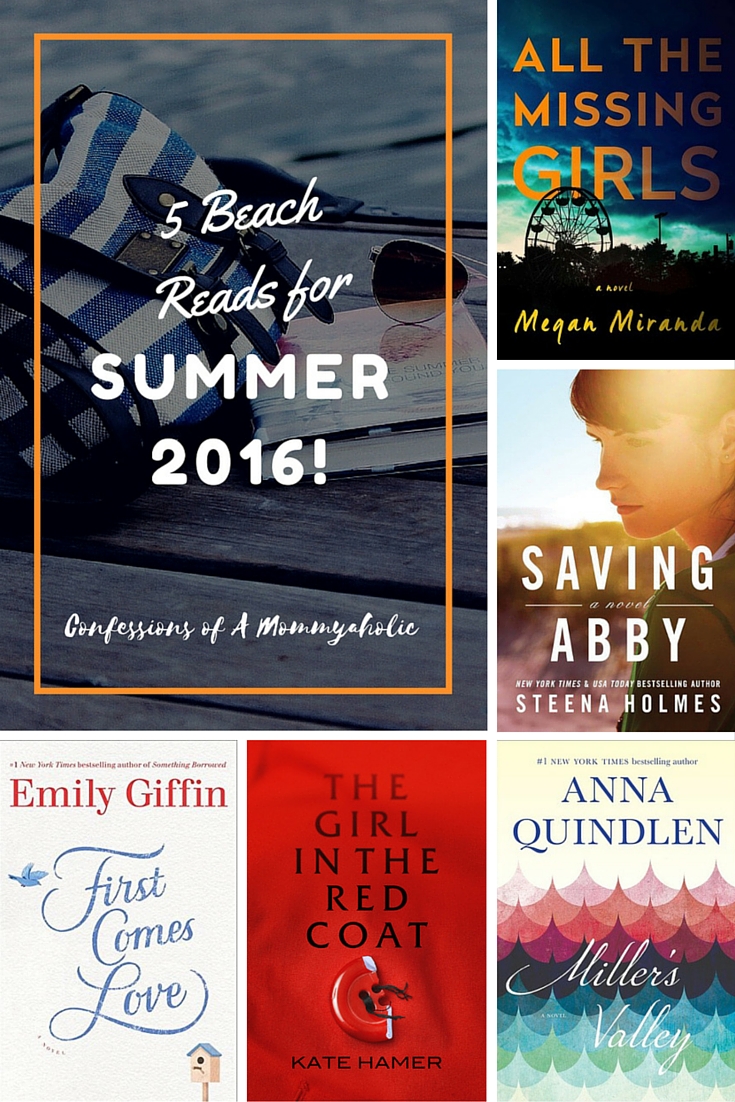 What am I reading now?

I am about 1/3 of the way done with I Let You Go by Clare Macintosh and also have Eligible by Curtis Sittenfeld in the reserves.