“the swallow is a bird that chooses a mate for life and returns home every year. For centuries sailors would have swallows tattooed on them to symbolize home and love. Here at swallow we want you to feel as though you are visiting with us in our home, and hope you will return just like the swallow.” – from Swallow Restaurant About Us 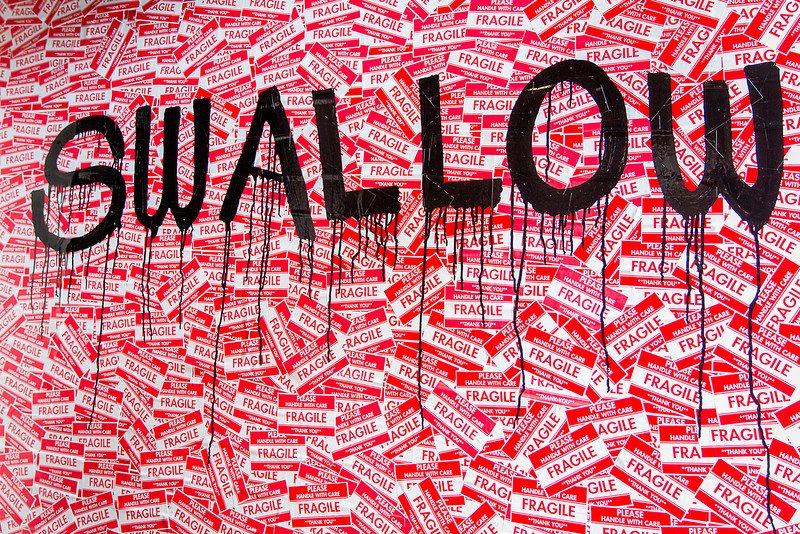 This Sign Can Be Found on the Wall of Swallow Restaurant

As most know, our 8th wedding anniversary was a few days ago.  I had shared here how Kevin and I had been planning on going out to dinner in the evening to celebrate this special day.

We had gone to Huntington Village the year before to celebrate our 7th anniversary, because it really is known for it’s great night life attractions and ambiance.  However, we really didn’t know which restaurant to pick and last minute picked one, but admit it may have been just Ok.

By the way, last year, we waited to go out until the weekend after, but this time we wanted to go out on the actual day even though it fell in the middle of the week on a Tuesday night.  That morning, I saw a previous share from SITS Girls on Facebook of a graphic image saying, “Sorry…Out to Live Be Back Soon!”  I absolutely loved it and said what I felt we planned on doing later on it the day by walking away from the daily grind to acknowledge it was a special day and shut out the world for even a few short hours. 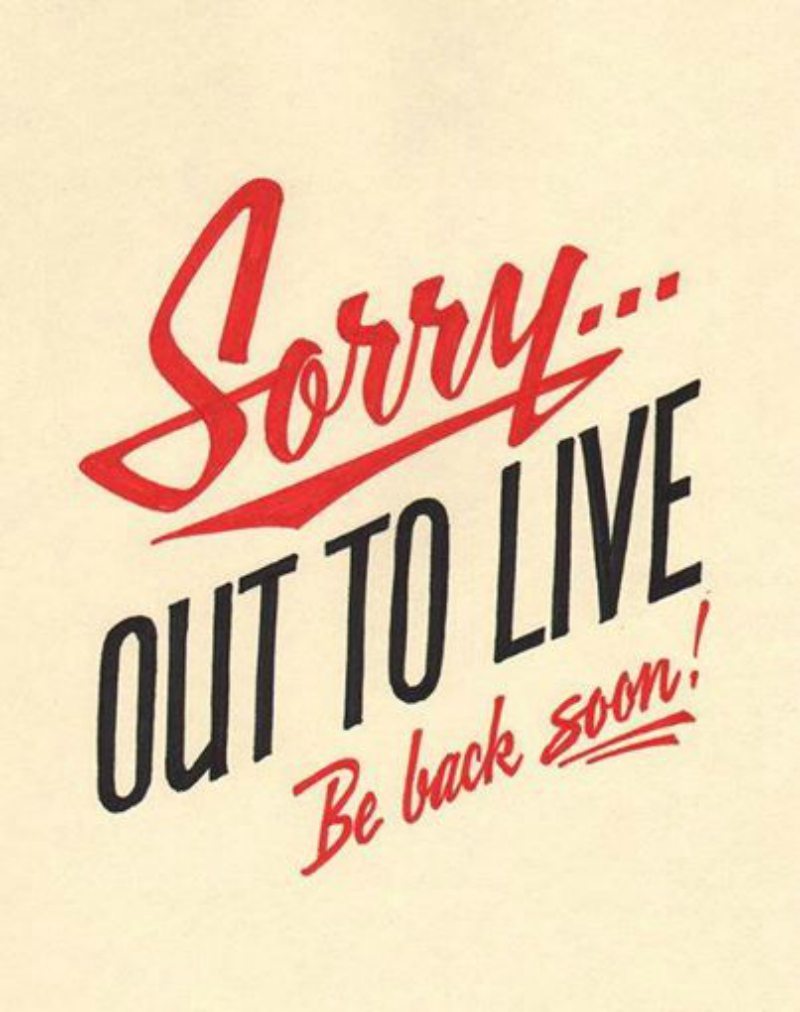 Back to the event at hand though and this time out, we were looking for a bit more “special” if that makes sense to indeed life it up (as much as married with kids can do).

Kevin’s parents offered to watch the girls and puppy for us.

Earlier in the say, Kevin texted me with a few suggestions from his co-worker, who actually lives in the village of a few fun and tasty places to try.

I took to my trusty friend, Google, because when in doubt, I have learned to Google it as most I know have, too.

The one that stuck out in my mind and couldn’t resist was a place called “Swallow“.

I love going to About Us pages, being a blogger and designer alike to me this always gives me a better feel and sense for a place.

The first quote above is indeed listed on their About Us page and immediately caught my eye and sounded absolutely perfect for an anniversary dinner.

The description of the Swallow bird, how they choose their mate and then return yearly sounded quite fitting for two spouses commemorating the day they became one and said “I do”.

Let’s face it that it doesn’t get much closer to what we were indeed going out and reminiscing all about that evening.

Plus the photos in their gallery, as well as their menu, made me feel as though I needed to find more about this unique restaurant and setting for our special occasion.

Not only did it sound perfect as far as the night life features, but the menu featuring “small plates” that could be shared also was more then a bit intriguing to me.

All, I can say is that the decor and food didn’t disappoint. 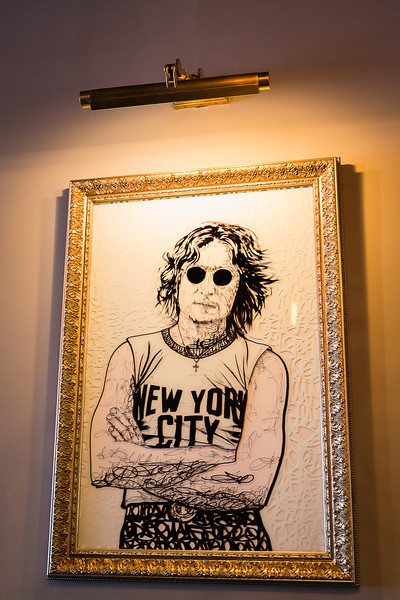 These Marker Paintings Were Hanging All Over the Walls – My Favorite Was This One of John Lennon!

We each ordered one drink a piece sticking to the beer menu, because neither of us are that fancy.  They had my new favorite, Angry Orchard Cider, which pretty much tastes like spiked cold apple cider – not going to lie it is as amazing as it sounds.

As for the small plates, we found something that both of us could share (I thank god that we have always had similar tastes in meals) with ordering, the following Small Plates: 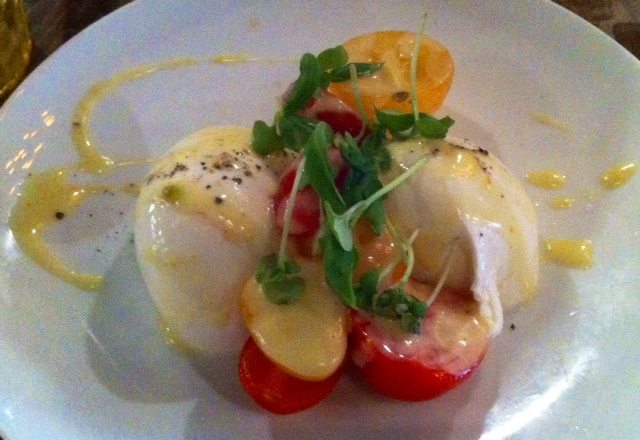 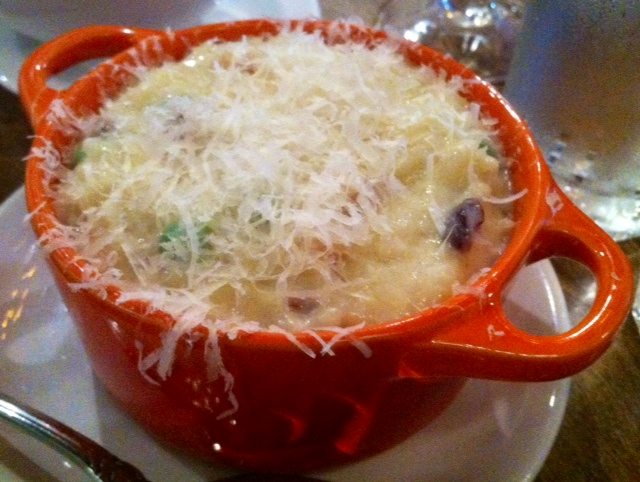 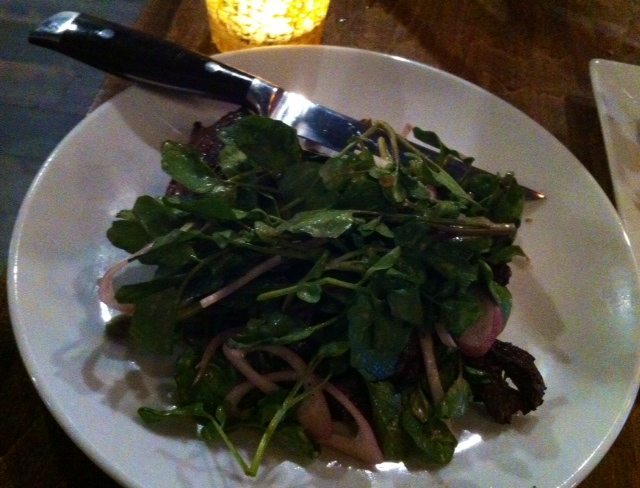 As well as two of the Swallow Snacks: 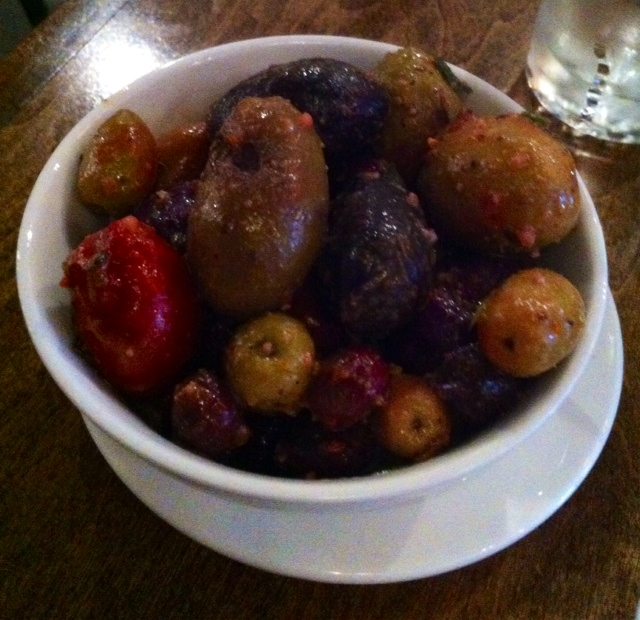 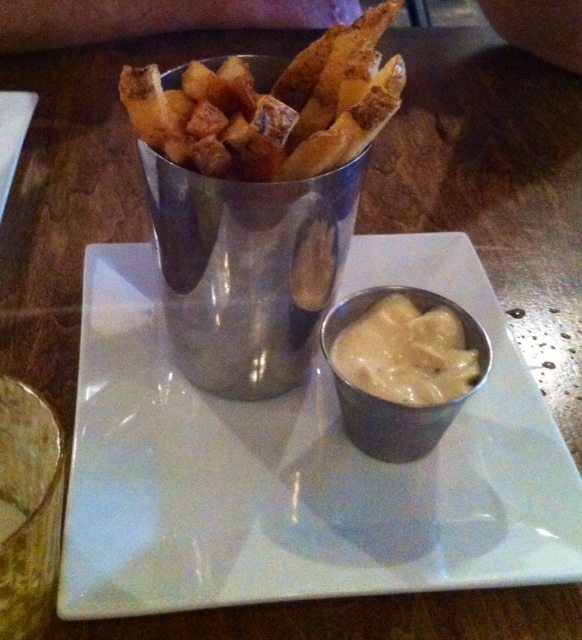 I will be honest, I think we overshot the meal quota and as scrumptious as each and every plate was, we definitely were completely full from this glutenous “small plate” meal.  I think if and when we do go back, we would probably only get 2 of the small plates and possibly one of the snacks.

We actually were so full that we told our waitress to pass on dessert.  But lo and behold, when I made the reservation, they asked in the comments section about if there were anything special to let them know.  I might have shared there that it was indeed our 8th anniversary.

The waitress brought out clean plates and silverware instead of the check and wasn’t quite sure what was happening until a plate with a gorgeous brownie like cake topped with whipped cream and strawberries, as well as two champagne flutes filled with strawberry champagne each garnished with its own strawberry slice arrived at the table as a treat from the management on the house to cap off our Anniversary dinner just perfectly. 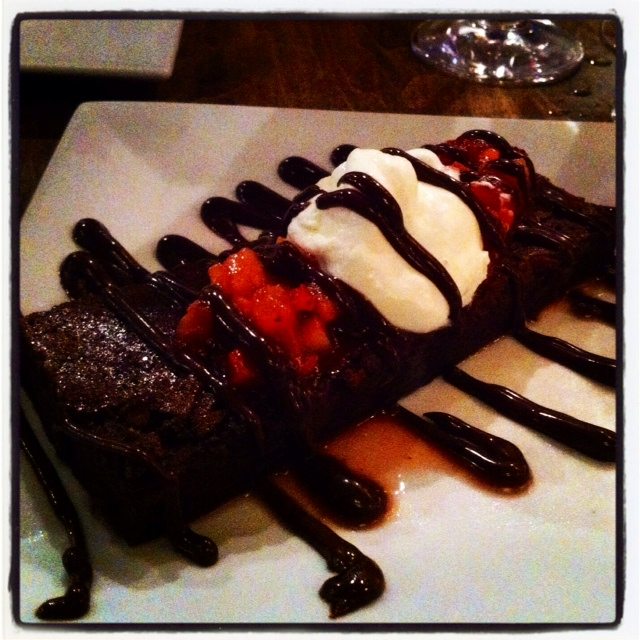 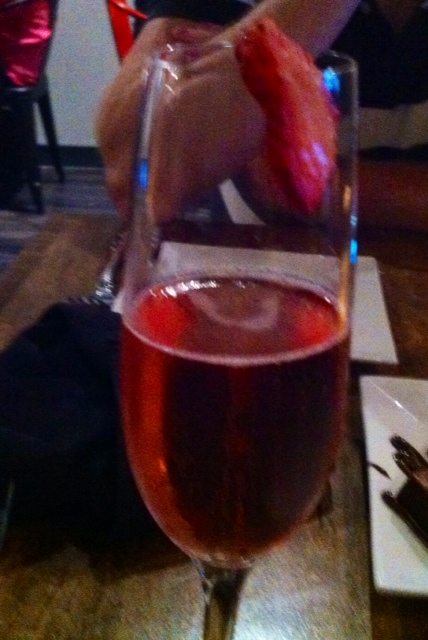 More impressed could I not have been and admit it was the perfect end to the perfect evening.  And as a side note, I ate more on our 8th anniversary then I did at our own wedding, which trust me had more then enough food to go around, especially when guests still compliment me 8 years later on our venetian hour, which included a chocolate fountain.

Cool Subway Sign Over the Area Where The Chefs Cook

You may ask why I say this then?  Well, let’s just say that I spent more time being a generous and gregarious host then actually eating.  Even our Maitre de had commented to my new groom, while he feasted on his dinner, “Isn’t your wife, going to eat?”

Finally 8 years later and ate, drink and actually enjoyed the meal, as well as the company at Swallow.  And the subway sign below, tells me if all else fails there is a way back.