*This Books to Fall Into Reading Right Now Part 2 themed article includes Amazon Affiliate links. If clicked for purchasing, I will make a small commission off these purchases.

After having read The 5 Books to Fall Into Reading Part 1, I moved onto a FREE copy of a recent fictionalized account of a supposed relationship that took place with JFK before he met and married Jackie Kennedy on eBooks from my public library. Then, I also found myself reading books from brand new authors, as well as one from prior authors I read from before.

Looking for some books suggestions this fall? The read on to find some #goodreads for Fall 2018 now. Click to Tweet

My reading has slowed for a bit the past few weeks. So not sure when I will update with my next books. But these five books are the second set of books I read from late summer through the fall. So I am sharing them here and can also find more my Goodreads reading. Read on now for the books I read and my reviews for these five more books for some fun fall reading options.

The 5 Books to Fall Into Reading Right Now Part 2 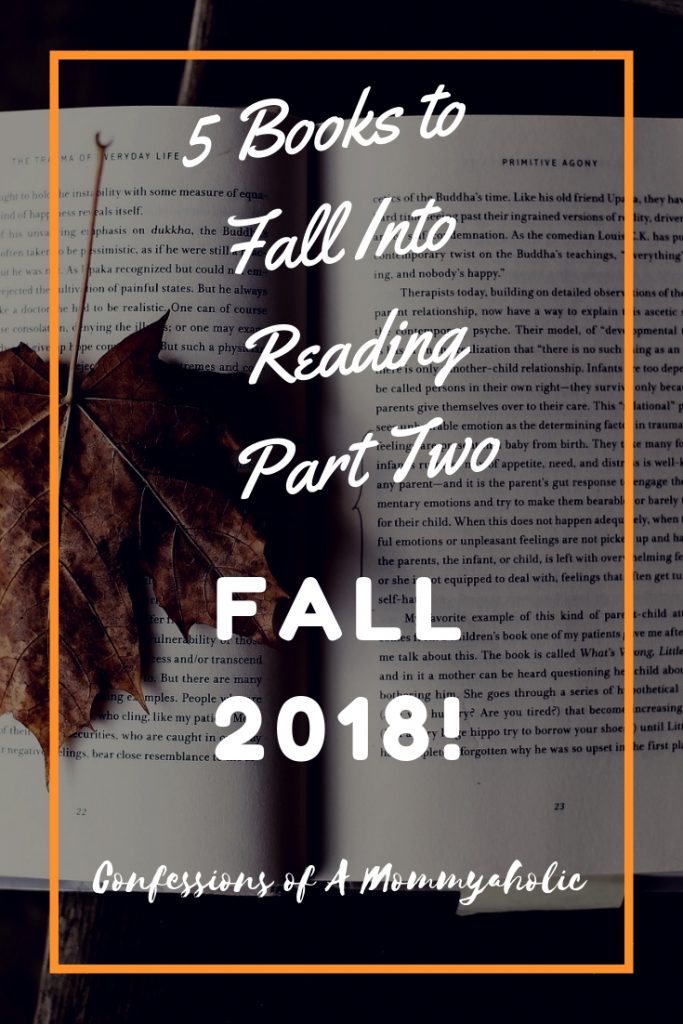 1. The Summer I Met Jack, by Michelle Gable

I happen to be a history buff, especially that of the 1950s and 1960s. Specifically, I have always been intrigued by the Kennedys and Camelot. That said, when I first heard about the fictionalized account in Gable’s novel of Jack Kennedy and Alicia Corning Clark, I couldn’t resist.

From the beginning, I was intrigued by the main character Alicia Darr (Corning Clark). Alicia was born in Poland as Barbara Kopczysnka. But during WWII fled and was displaced as a young Jewish girl. She somehow survived and reinvented herself as a young, Catholic Girl. By the late 1940s, she descended upon the United States.

In the summer of 1950, she specifically found herself in Hyannisport at a local movie theater, as well as at the Kennedy home as a maid. The tale opens with her meeting Jack at her movie theater job. But the two somehow never run into each other that summer while she is a maid in his family home. Still towards the end of the summer, as fate would have it, the two strike up a love affair. It would seem both are pretty well taken with each other.

So much so, that they end up engaged in only a short time. But that engagement comes to an abrupt end by the hand of Jack’s strong-hold father, Joe Kennedy. See Alicia’s religion and past are not in his favor for his golden boy son, who Joe, of course, has aspirations of not only government but the White House. Jack must marry a Catholic girl and someone who is better well-suited financially at the very least.

During this time, Alicia ends up in Hollywood, New York, and even Rome. She dates some of the most eligible bachelors of her time: Marries, first, a scoundrel actor and then an extremely wealthy businessman.

Somehow though, it would seem that Jack just can’t shake his feelings for Alicia nor can Alicia for Jack. The two always seem to find a way back to each other even if briefly in the 1950s decade. It is during their last brief encounter that Alicia supposedly became pregnant by Jack with their daughter.

But due to Jack’s family and their unhealthy and unholy desire to protect what is theirs at all costs, Alicia has to hide her pregnancy and subsequently the existence of their daughter.

This novel plays on the what-ifs of this so-called tragic, love affair. While I do once again realize that this book was fictionalized, I came away from reading this wondering if there was indeed some grain of truth to any of this story. I am pretty sure the world will never know for sure. I mean, for one, all the main characters are long since deceased. And well the Kennedys will always remain a mystery at the heart of it all. But still, there is something to be said about this time in history, as well as the possible truth behind it.

This was my July 2018 BOTM. I was intrigued by the description of this novel. I even admit I started it before going away for summer vacation. However, I stopped reading while on vacation only to not pick it up immediately. I actually read a few others before going back to this one. But once I did return to it, I finished it in only two days.

The story of Sarah and Eddie meeting and falling in love instantaneously only to have Eddie disappear shortly thereafter was intriguing enough. I mean the two seemingly have a real connection. And yet somehow Eddie just falls off the radar for no reason. Sarah worries that something terrible has happened to him. And we are left to ponder the same. Yet, the reality is so much more.

While I was thinking I knew what had taken place years previously in Sarah’s younger years, all I can say is I truly didn’t. That, in itself, was a pretty big surprise. So the past events definitely shocked me. However, I did begin to guess to how the story would indeed conclude though as the story unfolded. So the present and what was to come once the past presented itself wasn’t as big of a shocker to me.

Still, this was a fairly easy read once I got into the thick of the plot and enjoyed it until the last page.

I was lucky enough to be offered a free copy to read in exchange for a review here by the author.

This novel truly had it all as far as I was concerned. From the onset, I truly enjoyed the setup with each of the characters in this book. But also quite enjoyed as they got acquainted with one another through the jewelry making venture that Cadence put together. See Cadence was new to Port Elspeth. She and her husband relocated to this town. She left her job, friends and all she knew to follow her husband here. So, she was pretty much looking to make new friends and also to find an outlet for herself. 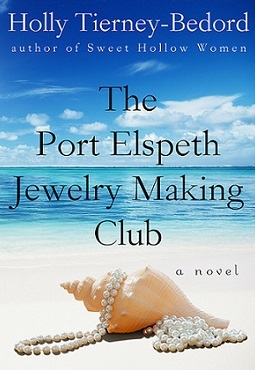 In the process, she not only makes friends with the ladies joined her jewelry making club. But she also found herself. Plus, in the past two young kids from two prominent families in this town were found murdered a few years earlier. These ladies somehow find themselves entangled by some interesting events, which helps them to find their way in solving these murders.

I not only enjoyed the intricate friendship story, but also the suspenseful tale that was woven into this one with the murder story needing to be solved.

Thanks to NetGalley for the ARC. Although I have yet to see the Broadway play when I was offered a copy of this novel I knew I had to read it. I am truly glad I did.

See Evan Hansen is a bit of a social outcast in school. He also suffers from anxiety related issues. His therapist gives him the assignment to write himself letters daily to find the good each and every day in his life somehow. 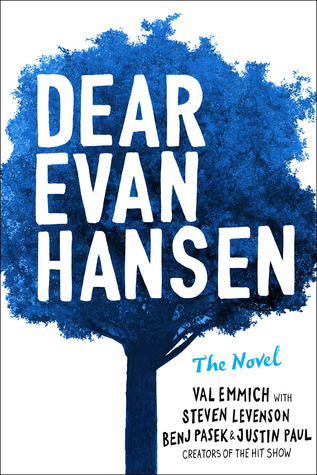 On one such day, he pens himself a letter in the school computer lab. He starts his all his letters the same with “Dear Evan Hansen”. This letter though, he is compiling that his day was not so great and his feelings for the girl he likes, Zoe Murphy. A misunderstanding finds Zoe’s brother Conner Murphy finding the letter and thinking that Evan has written this letter to get under Conner’s skin. Conner takes the letter home with him. That evening Conner commits suicide thinking that the world is against him and this is his only way out.

His parents find this letter and believe this was Conner’s suicide note. From here, Evan is given the chance of a lifetime to be someone because of this. Although Evan doesn’t want to lie, he finds he can’t help himself. This lie has a way of spiraling out of control. Conner forms a pretty strong bond with Conner’s parents. Plus, he ends up in a relationship with Zoe finally. But all this is once again based on lies. Conner is truly in over his head and just waiting for all his lies to catch up with him.

The how and when is inevitable, but you have to read this one to find that out, as well as how it all turns out for Evan.

5. Forget You Know Me, by Jessica Strawser

Thanks to NetGalley and St. Marin’s Press for the ARC.

After having read, Strawser’s last book, “Not That I could Tell” I was offered a free copy of her latest that sent to release early next year.

While I mostly enjoyed the former book by this author, this latest one by her fell a bit flat for me.

See the earlier novel was more of a thriller that kept me guessing pretty much throughout the book. This time out the most intriguing event happens pretty early in the book with Molly and Liza having phone conversation via video chat. It is during this call that Liza thinks she sees someone break into Molly’s home while Molly is off camera tending to her young child at bedtime. 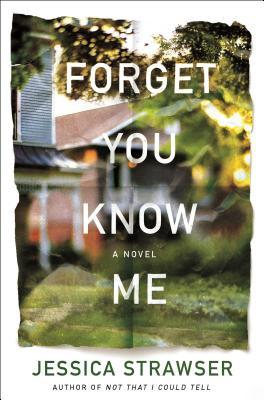 This horrific vision upsets Liza to no end. She even drives over 10 hours with her best guy friend to make sure Molly is OK. But when she reaches out to Molly, Liza finds that Molly is indignant. Molly tells Liza off and cuts her out of life for caring about her. Which is pretty bizarre behavior for lifelong friends.

While Liza was out that evening driving to Molly her apartment complex in Chicago went on fire. The building was pretty much destroyed. And most of her neighbors perished. Because she was out chasing after Molly, she was sacrificed somehow from this event.

As the book further unfolds, we are left to figure out why Molly treated Liza the way she did. It could be a few scenarios. But the plot truly was at a snail’s pace. I had trouble wanting to even read, let alone finish this one. Finish, I did though. And honestly, the reason behind Molly’s behavior fell flat for me, as well as the conclusion to the rest of the story. That said, read at your own discretion.

Well, that wraps up my books read since last time out. I hope out of The 5 Books to Fall Into Reading Right Now Part 2 that I have given some great reading suggestions. Stay tuned for more books reviews soon!

**Linking up to Finish the Sentence Friday (FTSF) with Kristi and Kenya as the sentence this week is, “The last book I read was…” and technically the above books are the last that I read, as well as reviewed here recently.