I am a huge believer that Mom’s intuition does exist.

I also feel that as moms (myself very much included) we do very much have to go with our gut instinct where our own kids are concerned.

I never even had to pay the hefty medical school bills for this gift that was bestowed upon me after giving birth to not one, but two kids.

From those first days of being a new mom to now, I can honestly say when I thought something was amiss and had an idea of what the cause might actually be usually I was dead on balls right!

Here is the thing, I have grown to learn and trust my instincts. Although I am not a board certified doctor, this Dr. Mom does know best where her children are concerned. 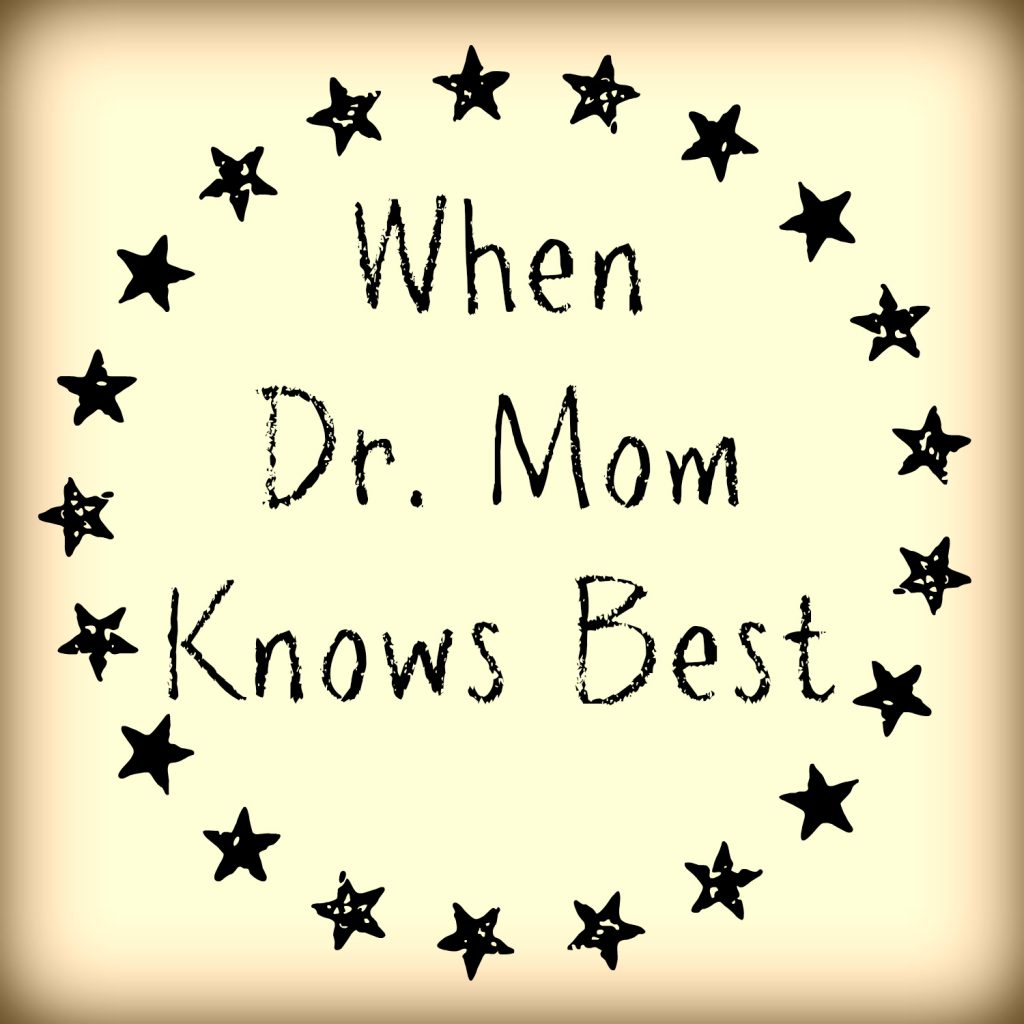 In the early days, I was naive especially with my recent admittance of my miserable fail to breastfeed Emma, when it turned out that she was allergic to both milk and soy proteins, but still wanting desperately to believe the doctors when they would tell me that all babies cry that isn’t wasn’t indeed more. 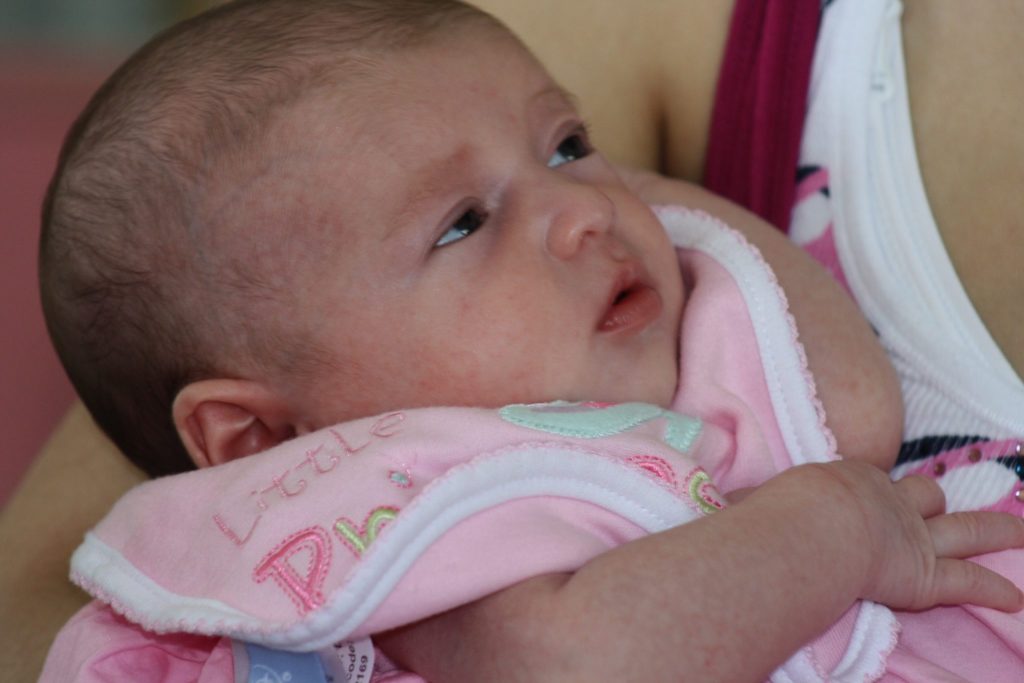 The early days are still a bit of blur to me…

But once I stopped to actually listen to the mother’s voice inside of my head that my baby was indeed screaming in agony and pain by taking the bull by the horns to fight for my daughter’s basic needs to be met with food that wouldn’t hurt her with each feeding, a miracle happened and she was actually content at feedings.

Score one for Dr. Mom!

Same child, at almost 2 years old, had met and exceeded most of the normal milestones, but my mother’s gut was now churning to tell me that even though she was speaking that something wasn’t quite right.  That voice kept haunting me and when pressed was told as long as she is saying words not to worry, but by the way she has some ear wax in both ears.

We were then casually told at this same appointment to use over the counter ear drops that required our 2 year old to keep her head tilted for 5 minutes after using these drops on her ears. 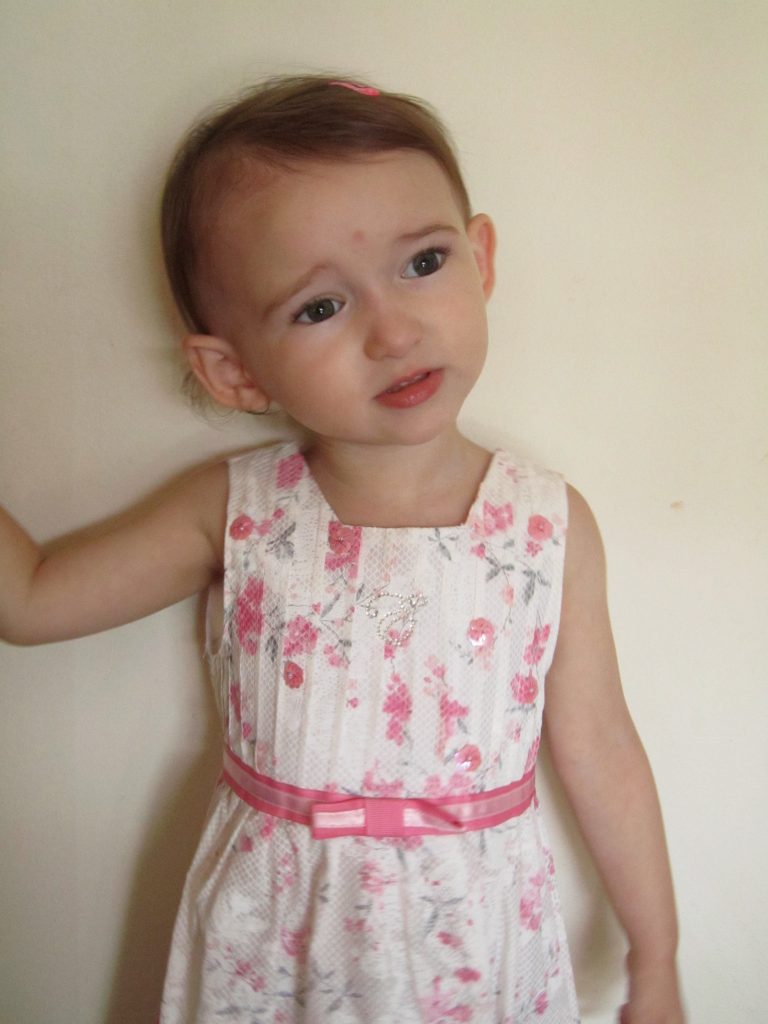 Dr. Mom Knew Best Back When She Was Only 2 Years Old

If you have a two year old, good luck trying to keep them still for 2 minutes, let alone having them stay with their head tilted in a weird position for 30 seconds let alone 5 minutes!  Once again, my inner mom voice told me to me to research local ENT doctors (Ear, Nose and Throat) to make an appointment to have her ears cleaned and checked.

The ENT was able to remove the ear wax in one appointment, pointing out that the amount of ear wax she had was hindering her hearing. Thus within less then a week not only was my 2 year old ear wax free, but began speaking in phrases, too.  Coincidence, I think NOT!

A year passed, when my now 3 year old came down with what the same doctor told me was just a very bad cold after having awoken during the night with a bad cough and low grade fever. 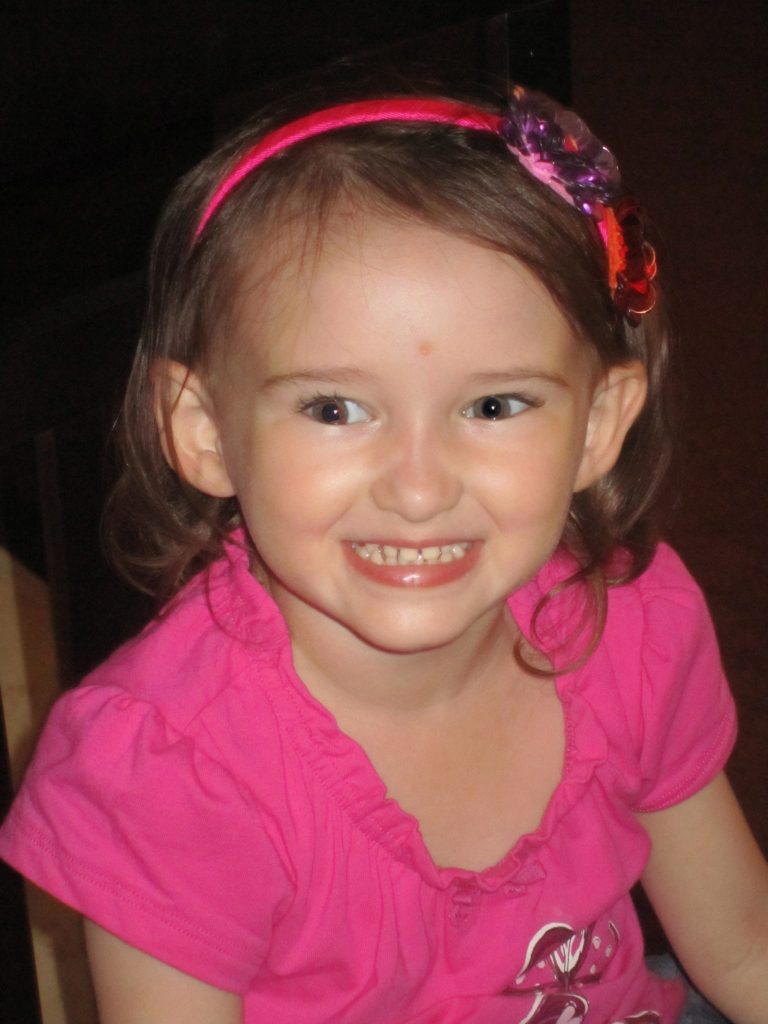 Sent home with the pat response of to keep her hydrated, switch every 4 hours between Motrin and Tylenol and that it just needs to run its course.

Three visits later of advocating for my child’s health, who now by the way so much sicker then I had ever seen her to be, was finally diagnosed with RSV pneumonia mildly escaping hospitalization for poor oxygen levels due to what was in the end not a bad cold.

This past November, when my girl was now a 5 years old kindergartner.  From the moment, this mom heard a cough similar to the previous RSV sounding cough, was not only instantly transported back, but filled with concern that this was indeed pneumonia again.  I was filled with enough worry to make me fight tooth and nail to get my sick child fit in for a sick visit with her over-booked doctor. 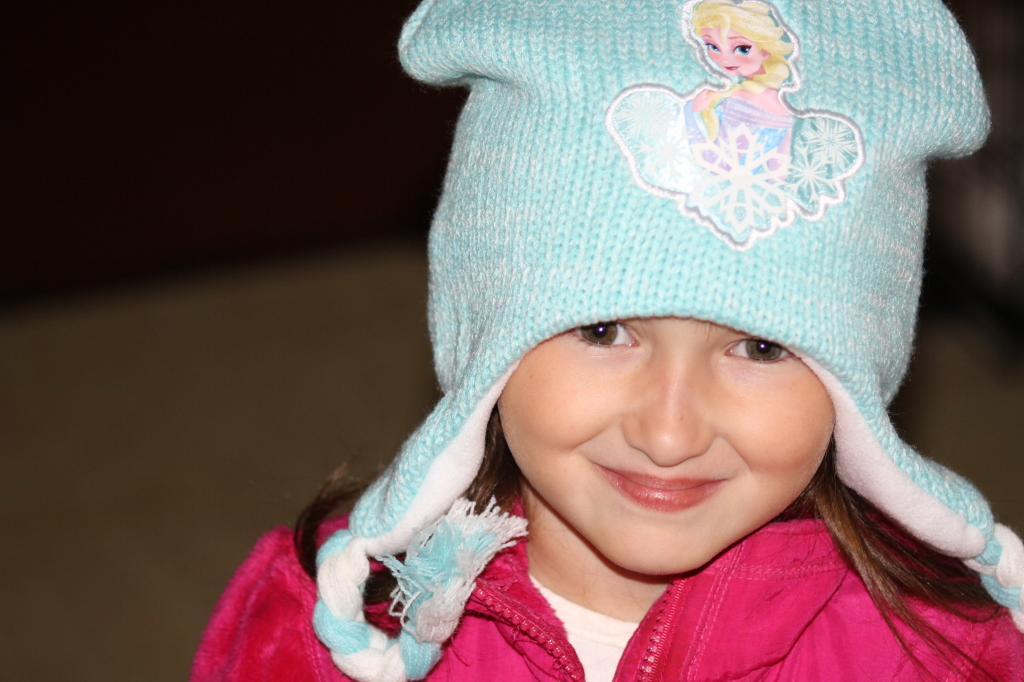 Emma a few weeks before getting sick with pneumonia…

Upon finally laying eyes on my child, the doctor took one listen to her lungs, told us they were clear, that it couldn’t possibly be pneumonia, but it was all in her nose (upper respiratory), sent me on my way to CVS drugstore to get nasal drops even after clearly stating the last time I heard this cough, she had pneumonia.

A week of missed school and two more doctor visits (one to urgent care after hours) only to be blown off until it was finally deemed, I might not be so crazy and she may indeed be more sick then they originally thought.  A blood draw, a passed out child, chest x-ray later and what do you know?  The kid actually didn’t just have an upper respiratory cold, but pneumonia once again.

Fast forward to last month, when I stirred out of a deep sleep to sounds of retching in our bathroom.  My almost 6 year old was crying and complaining that her throat and tummy hurt.  Upon taking her temperature, I found that she a low grade fever.  I feared strep throat, as a note went home days earlier that a classmate had it and know the symptoms from her younger sister having had strep a few months back. 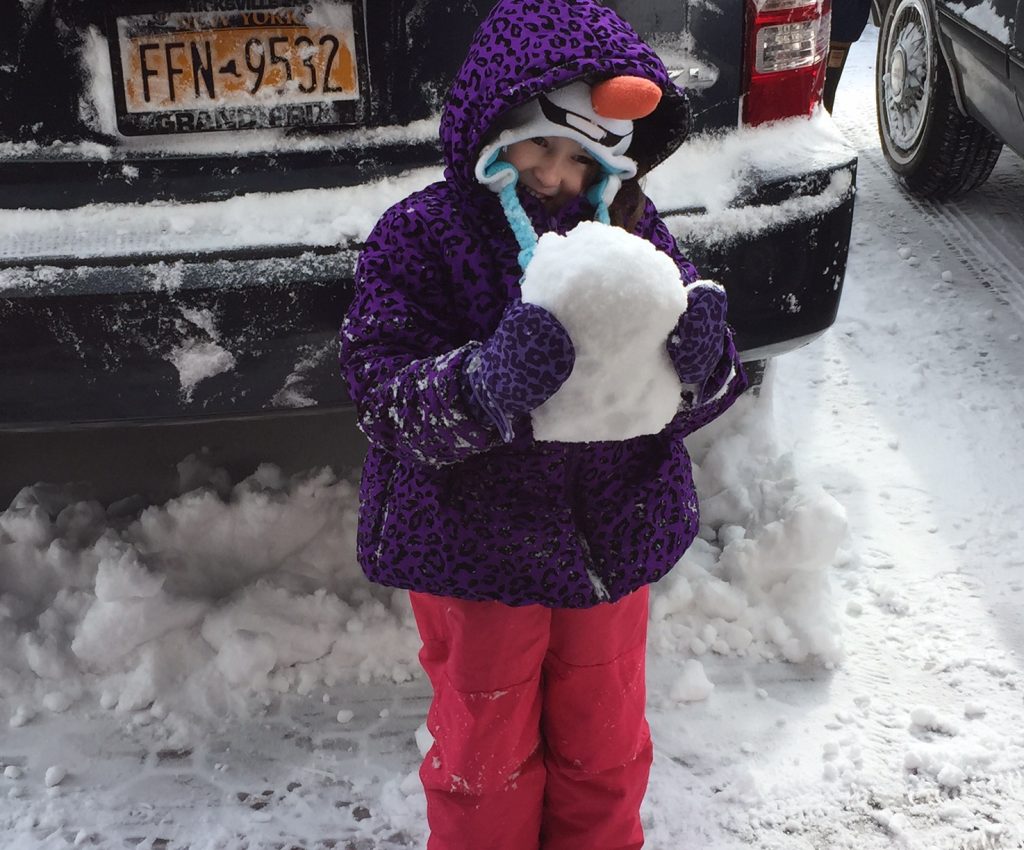 About two weeks before Emma was sick most recently…

Long story short, she had strep, was given an antibiotic and sent on our way.

A day into taking the antibiotic, the strep symptoms of sore throat and fever subsided, but she began to complain about her tummy more and more and we began to see a lovely side effect from the antibiotic in the form of diarrhea.

A few phone calls later to the doctor and even the pharmacist at our local drug store to fill the prescription, where I was given conflicting information on how to handle this from changing the prescription (which we did in the end) to making sure she was getting a probiotic with each dose (she was from the start) to making her take the new antibiotic longer the the first (not even sure how this would help her tummy issues) to plain lack of any real answers for me.

As I looked at the directions upon further inspection, it dawned on me that she was never given as large of a dose when she was sick even 2 months earlier with pneumonia with a much stronger antibiotic given.

I opted to stop giving her the antibiotic all together for her evening dose as she had already had more then double her normal daily dosage from past illnesses as I began to believe and surmise that the doctor overdosed her prescription.

By the next day and days to follow, she no longer had any issue with her tummy at all from me instinctively adjusting the dosage.

My final assessment is that although, parents are not licensed MD’s (myself included), I think we can confidently say that we know our kids better then any doctor that might see them once every so often for a sick or well visit.

We are the ones that live with our kids day in and day out; not the doctors.

Are you a Dr. Mom who knows best with your kids?

So, my final parting advice here for all reading this is to trust your instincts where your kids are concerned and never just assume a doctor knows just because they are a licensed professional.  We have the right to question the care our kids are given by any doctor in health or sickness as we are our kids’ best and sole advocates.

And when all else fails, this Dr. Moms says, “Take two Advil (as this is what we rely on for our kids) and call me in the morning!”

All joking aside though, parents do 9 time out of 10 know their kids instinctively  better then anyone else could.