*This Witch Cauldron Cupcakes Recipe Tutorial contains Amazon links. Please note, as an affiliate marketer for them, clicking and purchasing from these links results in me making a small commission from this action. 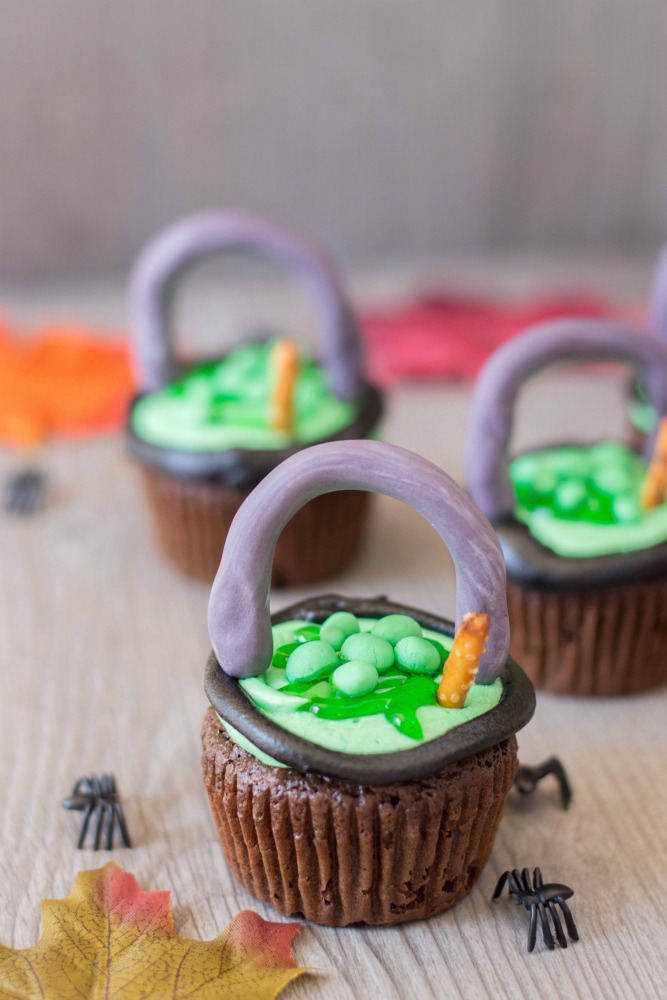 So, Halloween is only days away here now. My family and I have already watched Hocus Pocus a few times. Because the Sanderson Sisters are seriously are favorite witches and movies for Halloween-time, too.

My daughters also have their costumes picked and purchased. My oldest still has a thing for Disney’s Descendants, especially after the third movie premiered this past summer. She has already viewed that movie more times than I can count. So, Mal is the costume of choice for her. 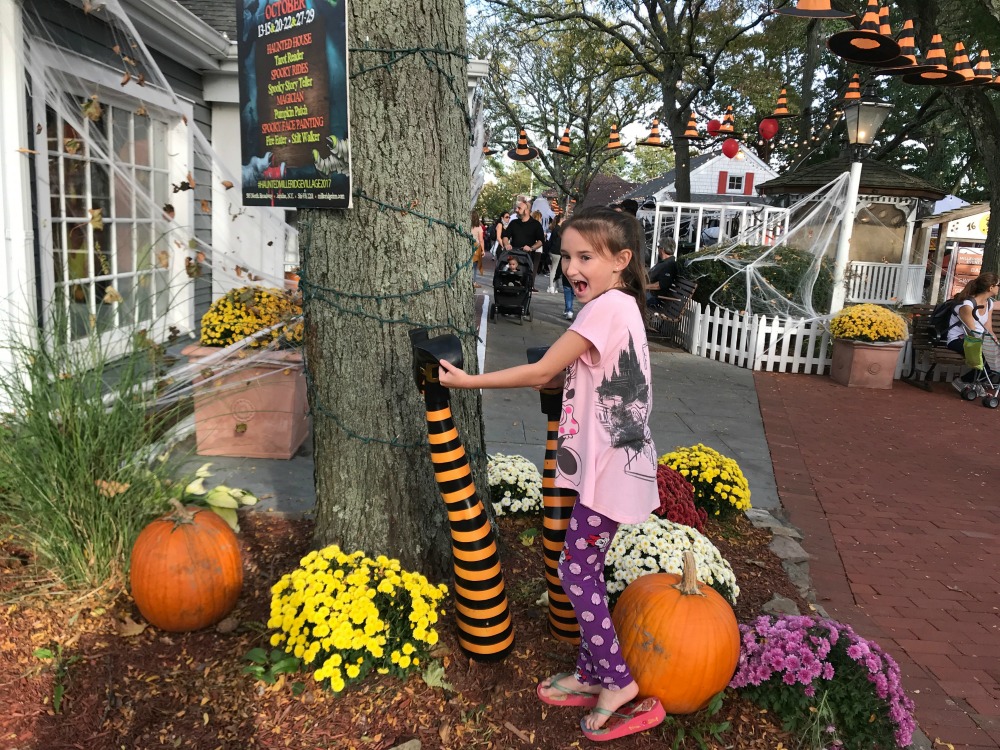 What about my youngest?

But my youngest had her heart set on being a witch this year. She originally thought about being one of the Sanderson sisters. But since her older sister didn’t want to go along with the theme, she decided against that. But then she got the idea to be what Dani was for her 8th Halloween in Hocus Pocus. If you have seen the now-famous movie, then I think you can guess where we are going with this one. 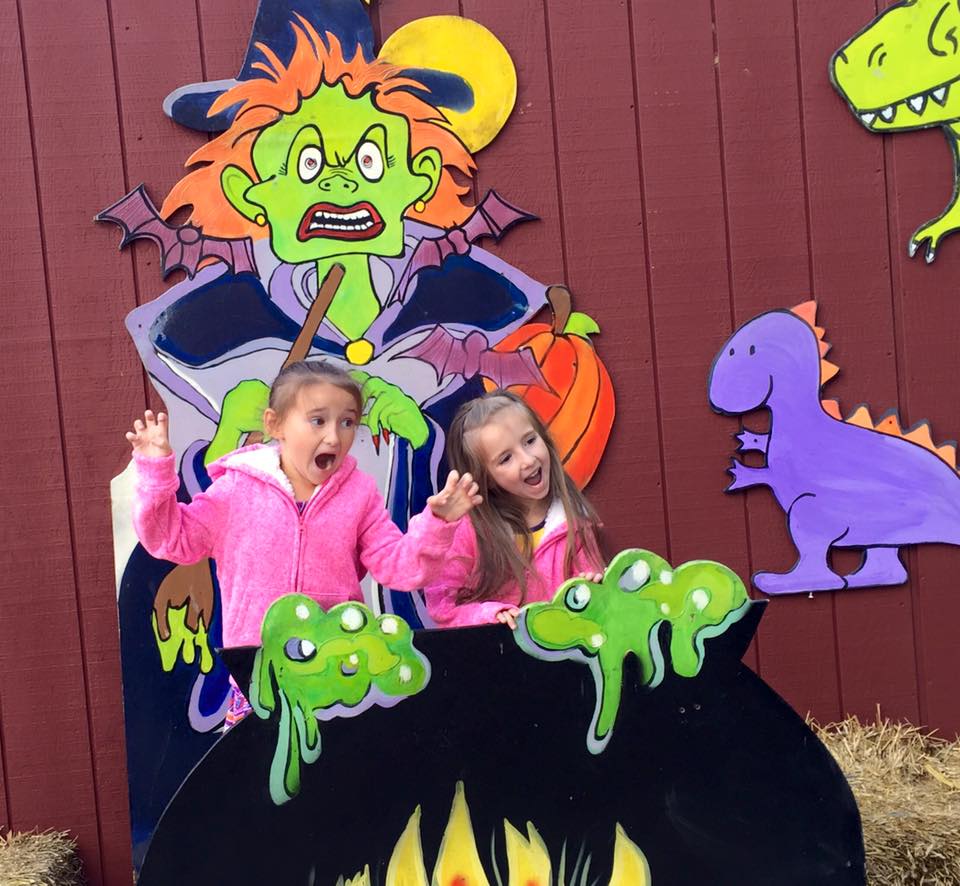 That’s right, she is being a sassy witch. She not only got the costume of her choice. But she had to get a witches broom to match. Plus, what witch doesn’t have a spellbook or cauldron.

So, I just had to make her, as well as the whole family Witch Cauldron Cupcakes. I mean you already know how we feel about cupcakes. Plus, witch-themed recipes are something that I always make anyway during this time of the year. 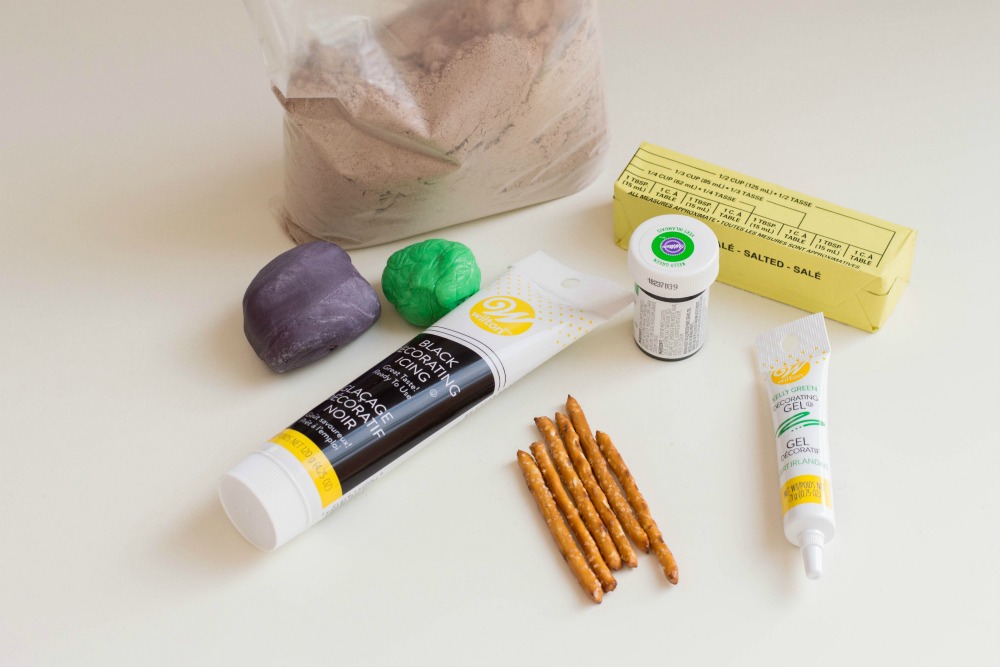 Therefore, why not Witch Cauldron Cupcakes. I made my cupcakes from a store-bought mix. You could make your own or even buy pre-made uniced cupcakes. I used a bit of green food coloring, fondant and pretzels, as well.

So you want to make Witch Cauldron Cupcakes this Halloween? 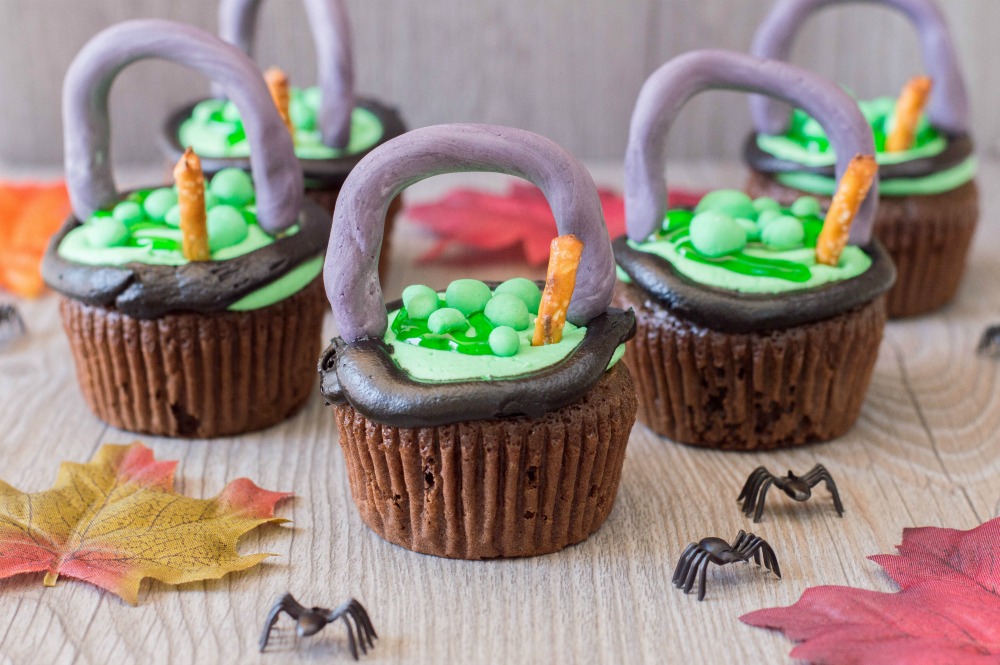 Then, keep scrolling to see just how I make them now,

Looking for spooky cupcakes to make this Halloween. Then, check out how to make these awesome witches inspired Cupcakes here.

There you have it the most spooky Witch Cauldron Cupcakes you could make this Halloween for all your little witches!

What costumes are your kids wearing this Halloween?