You know want it, you know you love it, just admit it!!

Seriously, am I the only one who has songs that I listen to that are total guilty pleasures?

You the know the kind that you listen to when you are all by yourself (that is few and far between here, but still).

Well, I am outing myself here a bit today. Trust me I am probably going to get teased mercifully by my husband for this. He is finally not busting on me for my first vlog’s admission of having a crush on Eric from TrueBlood!  If you missed it click here. 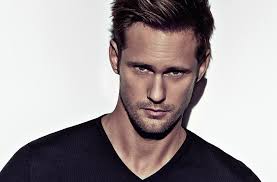 Yes, Still Addicted to Him!!!

Hell, I still love RumpShaker, by Wreckx -N-Effect and also OPP by Naughty by Nature (so many years later).  I know not the classiest of songs, but seriously very catchy!

But I can’t help it, if it makes me want to move then I am hooked.

So, the other morning, Kevin randomly asked me if I had heard the new Robin Thicke song, because the video was labeled explicit.

When I asked him why it was indeed labeled this, he told me the girls were pretty much all naked in this version.

I told him that I hated his music (well for the most part I never really found myself gravitating to any of his current songs). And I still can’t get past the fact that he is the son of Alan Thicke of Growing Pains fame. All I hear when I see him is, “Show Me That Smile Again!”

Flash forward to the other day when I had the radio on in the car going to the carnival. I had on a station that plays contemporary music (Kevin hates this and would rather listen to the classic rock station). On comes a song, I have heard a few times and definitely like, but yes have no clue the name of the song or the artist that sings in for that matter.

It is catchy and makes me want to dance (yes I am channeling my inner Kevin Bacon here!)

I just want to dance just like Kevin Bacon!!

Then, I heard it again that night at the carnival and yet I still don’t know the name, but know I like it.

Finally, I went on iTunes yesterday to search, when you guessed it, I heard it again in my car driving to Ulta for more conditioner for my hair. At this point, I had to know and quite frankly, it was driving me crazy now.

It took me less then five minutes, because hell it turns out to be the #1 single on iTunes right now.

Yup, it also turns out that it was the same song Kevin mentioned to me when discussing the explicit video by Robin Thicke the other morning.

Have you guessed it yet?

I am so hooked on the newest Robin Thicke video featuring T.I. and Pharell, “Blurred Lines”. And now it is in my iTunes and have it on repeat!!

If you haven’t heard about this video or heard this song (you might just be living under the same rock I was), I will include both videos.

Yes the explicit is quite dirty (even getting banned on YouTube, so this is from Vevo), but if you must check it out here it is (I warning you it is quite racy and don’t play this one in front of the kids):

And for those, who just want to hear the song, but don’t want to see naked girls running around, here is the cleaned up version:

So in the end, “It’s Okay” to like songs that are considered by some to be guilty pleasures.

This is linked up to Nugget on a Budget’s “It’s Okay” series today.

To enter this past week’s giveaways that I have been a part of and had running on my page, please click here to enter all the rafflecopters.  Thanks and good luck, too!!

Last, but certainly not least, please don’t forget to check out my web design company for specials running at J9 Designs for all your web design needs.

Writing Jobz – get your writing job and earn up to 15$ per page.