They say you never forget your first time.

I would totally have to agree, but I am not talking about what you may be thinking here.

My first time was back in 1987 at Shea Stadium.  I was only 10 years old back in the summer of 1987, but couldn’t wait to attend my first ever NY Mets baseball game.

See the year before, rooting for the home team (the New York Mets) became that much sweeter when they had a magical baseball season culminating in their now famous 1986 World Series win against the Boston Red Sox.

So, of course, I couldn’t wait to see them in the flesh in action.

I will never quite forget getting there well before the game started and watching the players warm up.

I even recall that they were playing the Atlanta Braves.

Nor will I forget the wafting, mouth-watering smells of hot dogs and pretzels.  Let’s face it, there is nothing quite like a ball park hot dog or pretzel.

All these years later, I still have an eternal love for this sport.  Quite frankly it is probably my favorite sport and the one that I do actually understand.

I couldn’t wait to pass my love of baseball and the NY Mets onto my own girls.

We finally took the girls to their first game ever and I believe it was as memorable as my own first game was with both my girls asking for a return engagement. 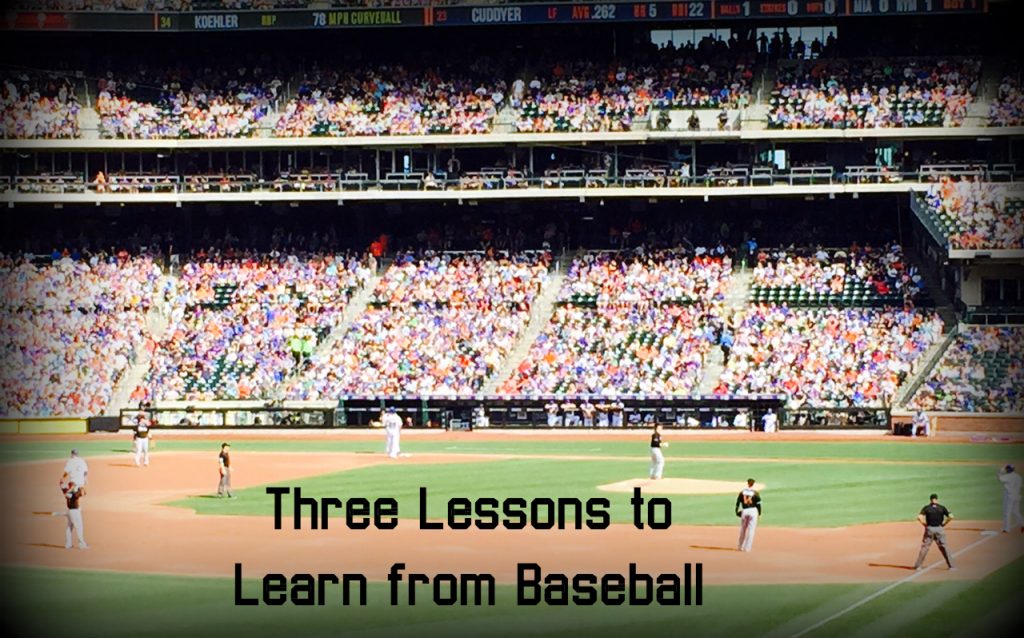 Three Basic Life Lessons We Could All Learn from the Game of Baseball:

In life, we all will strike out from time-to-time.  It is bound to happen.  Yet it isn’t about sometimes failing, but how you deal with and rebound from these times that matter the most.

Because it is one, two three, strikes you’re out at the old ball game!!

My mom always told me that I was bound to make mistakes, but as long as I didn’t make the same mistake twice, as well as learned from it, was all that mattered.

The same can applied with baseball, because even when batters strike out, they come back to the plate to try once again to hit one out of the park still yet in the next inning.

Recently, my younger daughter I had mentioned here broke her wrist.  Pretty big mistake and strike out for her, but she accepted the fate of wearing a cast for 3 weeks.  Even if she had a close call with Frozen’s Elsa and Anna seeing her cast at her friend’s party, she eventually came back swinging during that party and had her cast actually signed by the most sought after sisters.

Moral of the story, don’t let the strikes out get you down and walk proudly up to the plate at your next bat or chance, because you could just hit a grad slam the next time out.

Once again, we can’t always win in life, but sometimes we can just try to enjoy the ride or the days.  Some days will be better and definitely more fun than others, but still we have to keep living each day to the fullest in order to get to those sweeter days and moments.

It isn’t all about winning, but enjoying the actual game…

Same for the actual baseball game, because not every game will be written down in the win column, but as long as the players go out there, try their best and enjoy the actual game that is what resonates the most.  Plus, even after a pretty bad lose, there will be chances for better games and wins to come.

By the way, my older daughter actually asked me after her first Mets game, why the Mets couldn’t have won and explained it to her this exact way, plus I added that the players tried their best, especially during the 5th inning where they had rallied to tie the game.  Her father joked though, “To get used it, as it comes with the territory of being a Mets fan!”

Got to love fatherly humor, but still in the end we most certainly enjoyed the game win or not and the girls keep asking when we can go back.

Even though each inning has three outs, the game itself isn’t over until it is actually over.  Just as you have heard amazing comeback stories at the bottom of the 9th with 2 outs, so can be said in life, too.

Because just when you think think you are out for the count with something, if you work that much harder, you might just find you will enjoy a sweet victory.

It’s not over until it is over!!

Recently, my older daughter was having a bit of trouble sounding out word families after having no problem with sight words.  She was discouraged by feeling less than confident and pretty much ready to throw the towel in.  But her teacher gave me some tips on how to help.  Together, we worked daily with flash cards and even reading books with similar words to what she was learning daily.  I was told by her teacher recently that her extra efforts have paid off and helped her . 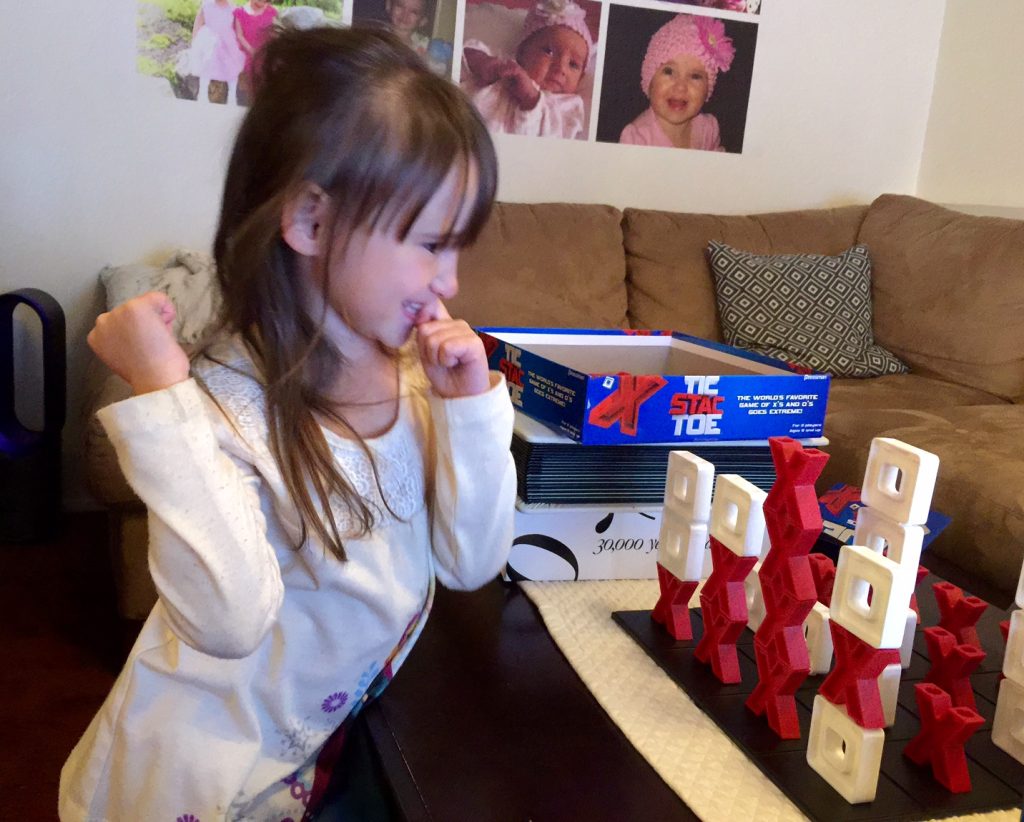 Nail biting, but her efforts sure paid off!

See big win at the end of kindergarten for her And now first grade and the next big game is looming for her. Again, the big game most definitely isn’t over by a mile for her.

Again, when all is said and baseball is definitely fraught with some life lessons. Just try not to get told by the umpire, “You’re outta here!”

*A version of this article has appeared on The Huffington Post with permission.